Global economic growth remains moderate, but the outlook has been revised down due mainly to weaker activity in the developing economies.  Concerns about softer growth, particularly in China and East Asia, have led to elevated volatility in financial markets and renewed falls in commodity prices.  The US economy continues to expand.  Financial markets remain uncertain as to the timing and impact of an expected tightening in US monetary policy.

Domestically, the economy is adjusting to the sharp decline in export prices, and the consequent fall in the exchange rate.  Activity has also slowed due to the plateauing of construction activity in Canterbury, and a weakening in business and consumer confidence.  The economy is now growing at an annual rate of around 2 percent.

Several factors continue to support growth, including robust tourism, strong net immigration, the large pipeline of construction activity in Auckland and other regions, and, importantly, the lower interest rates and the depreciation of the New Zealand dollar.

While the lower exchange rate supports the export and import-competing sectors, further depreciation is appropriate, given the sharpness of the decline in New Zealand’s export commodity prices.

House prices in Auckland continue to increase rapidly and are becoming more unsustainable.  Residential construction is increasing in Auckland, but it will take some time to correct the imbalances in the housing market.

Headline CPI inflation remains below the 1 to 3 percent target due to the previous strength in the New Zealand dollar and the halving of world oil prices since mid- 2014.  Headline inflation is expected to return well within the target range by early 2016, as the earlier petrol price decline drops out of the annual inflation calculation, and as the exchange rate depreciation passes through into higher tradables prices.  Considerable uncertainty exists around the timing and magnitude of the exchange rate pass-through.

A reduction in the OCR is warranted by the softening in the economy and the need to keep future average CPI inflation near the 2 percent target midpoint.  At this stage, some further easing in the OCR seems likely.  This will depend on the emerging flow of economic data. 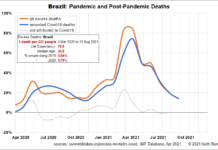