United members of the West Papuan Independence Movement marching to the MSG to submit their application. Image: freewestpapua.org

Isaac Nicholas PORT MORESBY (PNG Post Courier/ Vanuatu Daily Post/ Pacific Media Watch): West Papua will have a seat in the Melanesian Spearhead Group, but must have “mandated leaders” representing them. Papua New Guinea’s Prime Minister Peter O’Neill said this before leaving for the Solomon Islands tomorrow to attend the MSG Leaders Summit to discuss, among other issues, the representation of West Papua on MSG. “We welcome the participation of West Papuans to MSG. That’s what we are trying to facilitate,” he said. “What we are trying to do is, find what is the right organisation that is going to represent the West Papuans at MSG?” O’Neill said: “They must be elected, they must be mandated, they must be properly appointed to participate. We cannot have anybody coming off the street to say, ‘I represent West Papuans’. “We have to do it properly, in an orderly manner that we want to allow our brothers and sisters from West Papua to participate.” But chairman of the Vanuatu Christian Council Bishop James Ligo met with some of the MSG leaders to express the view that West Papuan people have a rightful place in the MSG. He asked: “How come the MSG Leaders saw it fit to grant Indonesia which is not a Melanesian country, an observer status in the MSG, and not granting the real Melanesian people, the West Papuans, who have the rightful place in the MSG but keeping them out of the MSG bloc?” MSG ‘sacred’ Ligo said it should be clear to all the leaders that the MSG is a “sacred nasara” (sacred space) belonging only to the Melanesian leaders and people and not to foreigners, such as Indonesia, which is not a Melanesian country. He said while the diversity of sharing the Pacific with other countries other than Melanesians is enjoyed, “when it comes to the MSG, we are entering a sacred nasara that only Melanesian leaders and people have the right to enter and dialogue in. “West Papuan leaders and people have this right to while Indonesia does not have the right because it is simply not a Melanesian country.” But O’Neill said that nobody was trying to deny West Papuans a seat. “We all want them to sit there, just like we have done with the Kanaks in New Caledonia. We must have a structure that is going to do so,” he said. “My discussion with the president of Indonesia recently was very simple, there are five Papuan elected governors in five provinces representing 11 million people. “These are elected leaders, they are West Papuans, and not Javanese or other race therefore, they can represent West Papua on MSG.” O’Neill said this proposition will be discussed with the other leaders. “We are open-minded to this arrangement and we will make decisions that is consistent with what we have said before. “The Kanaks is a very good example, we can use that as a basis of which we would allow our West Papuan Leaders to participate”. 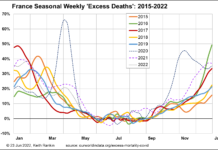