There has been a lot of western angst shown towards China this year, only a miniscule amount of which can be attributed to geopolitical threats coming from China. Leading the charge of the anti-China brigade is Australia. 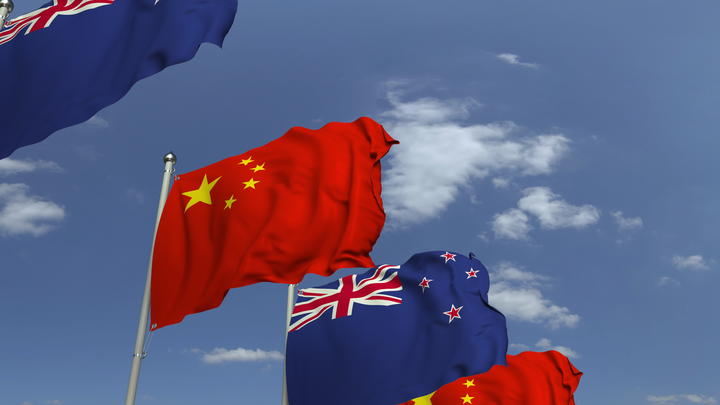 I commented about a month ago on this matter, noting the tendency amongst many of us to anthropomorphise countries. Thus, we get the idea that a country – eg China or Australia – is a single sentient being that has a single view, and makes decisions on that basis. It’s as if all the people in a country are passengers on a ship, and that the ship’s captain takes actions in the name of those (ultimately passive) passengers.

This view that a country is a living organism – with a tight leadership team who speaks for it – reflects the assumptions of a nation’s ‘establishment’, which is a coalition of national elites: essentially political, public service, seconded academics, business, and media insiders. And those elites tend the see the leader as a personality who symbolises the national leadership coalition.

When Donald Trump started calling the Coronavirus ‘the China virus’, his words resonated with many more Americans than his own political supporters. They fully resonated with the United States’ political establishment; and Australia’s too. The ‘China-virus’ rhetoric reflected a hostile political agenda, and that’s what Chinese political leaders are rightly concerned about.

My best guess is that the SARS-COV2 virus did ‘escape’ from the Wuhan Institute of Virology. Most likely a worker (or workers) there caught it, accidently, while doing their work. Possibly it was carelessness, but no systems are 100.000% foolproof. Chinese scientists were perhaps more aware than western scientists of the threat that viruses like SARS-COV1 posed to the public; it was their valid responsibility to do the difficult research. It is very unlikely that Chinese scientists in Wuhan were synthesising new ‘Frankenstein’ viruses. Yet the language used in the west suggests that SARS-COV2 [SARS2 for short] came from the lab, rather than coming from wild animals, insinuating that China had an agenda bordering on biological warfare. Most likely it came from both; it probably came from wild bats or other animals, via accidental exposure at the research institute.

Western leaders should spell out that this is a likely scenario, and that Chinese authorities did what any other country’s authorities would have done in a similar situation. Firstly, the managers in the research institute would have done their best to contain the problem, and would have only notified higher authorities once they understood that they had not contained the problem. We could call this a ‘cover-up’, but it’s human nature – probably wise human nature – to try and solve a technical problem before the bureaucrats get involved with such a problem that they might struggle to understand. Once the regional political bureaucracy becomes aware of a problem, they in turn may try to contain their problem rather than pass it up to the next level. This reluctance to ‘notify the boss’ is likely to be worse in a punitive culture. China has a punitive workplace culture, but is by no means the only country that pursues an ‘accountability and punishment’ regime; in New Zealand too many of us are still wanting to punish people for the Pike River disaster, rather to hold a ‘truth and reconciliation’ investigation.

Mistakes around the management of ‘the Coronavirus’ have been made in just about every country, with the political bureaucracy of the European Union probably being more responsible than any other party for the fact that SARS2 has been a vastly worse pandemic than was SARS1. It is important for the sake of the world that we learn about this coronavirus, and act in a globally cooperative way to practically eliminate it. Chinese authorities have done well towards this end, and only made political statements about alternative non-China origins after the Americans and the Australians chose to politicise the virus, for no obvious purpose other than to harass a country that they were already politically antagonistic towards.

European Australians – a people thoroughly detached from their European tūrangawaewae – have always sensed a threat from their north. No matter that China – nor (until 1942), in historic times, any other Asian people – had never shown any aggression, or other hegemonic intent, towards Australia.

I like Australia, and I go there often – partly but not only for family reasons. I understand Australian political and economic history; hence I was invited to contribute a chapter to Only in Australia. In that chapter, among other points that I like to think of as insights, I likened Australia’s twentieth century relationship with New Zealand to Great Britain’s fraught relationship with Ireland.

(The initial analogy with Ireland came in England from the late eighteenth century, with the Tasman Sea coming to be seen as akin to a ‘New Irish Sea’ separating a new South Wales from a new Ireland. Indeed, just as New South Wales supplanted New Holland, the logic was that New Zealand would morph into New Ireland. The problem was that the name ‘New Ireland’ was already taken; it’s in modern-day Papua New Guinea. As consolation, Auckland province was named New Ulster, in 1841 by the British Foreign Office.)

Australia’s economic relationship with New Zealand came to be much like the relationship between the United Kingdom and the Republic of Ireland in the second half of the twentieth century.

But, constitutionally, the political relationship between Australia and New Zealand is (arguably) more like that between China and Taiwan. New Zealand is the missing province; Australia still hasn’t quite forgiven New Zealand for jilting the other six colonies at the altar of their group marriage, the union that in 1901 became the Commonwealth of Australia. (Australia even nicked our flag!) Australia’s establishment likes to present a single voice in the world of geopolitics – and the voice it has long-adopted is that of the United States’ pugnacious Deputy Sheriff. Like China re Taiwan, Australia’s leadership coalition does not like Australia’s missing province expressing an independent (and different) voice. New Zealand’s establishment remains somewhat muddled on the extent to which they should conform to Australia’s expectations of New Zealand.

Just as we once understood the bully-context of the expression ‘The Ugly American‘, we now have The Ugly Australian, most epitomised by Peter Dutton and his description of a group of mainly Māori New Zealand born Australians as “trash”. In that context, I was alarmed at the performance on New Zealand television of the burly Australian television personality Jason Morrison, positively demanding that New Zealand gets into line with the position of Australia (aka the Australian establishment).

This is particularly problematic at present, because the Australian leadership position represents a yearning for war with China. I don’t think many Australian establishment people really care about liberating the minority Uighurs from the yoke of Han Chinese oppression. Rather they want China to become a client democracy of The Sheriff (aka the United States); and they want China to be a pliant “customer” (ref. Jason Morrison).

It is this ‘customer’ reference that gives away the crude mercantilism that drives western establishment belief. It is the same mercantilist ideology that used military power in 1840 to protect British rights to smuggle opium to Chinese customers. And the same mercantilism that inspired American settlers in the 1770s to rise up against a British state that required settlers to be customers rather than competitors to British manufacturers (and to pay taxes on tea etc., for the privilege of being such customers).

Mercantilism is a belief system that says that its OK to bully your customers, if that’s a way to ‘make money’ at their expense. It is a belief system that completely ignores the fact that the actual benefits of trade are the imports, and the cost of trade (what is given up) is the exports; and that Australia is unequivocally dependent on direct or indirect imports from China. (Indirect imports are when there are Chinese-sourced components in goods imported from other countries.)

Does the New Zealand establishment really feel that it must accede to Australian stand-over tactics? Australia’s elite know that Australia cannot bully China; but they believe they can bully New Zealand.

For many people, especially establishment elites, a peaceful world is an unexciting world. For those elites – who think of themselves as countries rather than as people – the world is understood as a geopolitical struggle between rival countries. Elite lives are made exciting (ie more self-important, and more quixotic) by having enemies to ‘lord’ over, to antagonise, by commercial or other means.

I don’t believe anyone seriously thinks that rhetorical antagonism towards China can achieve any kind of beneficial change within China – eg on granting autonomous democratic rights towards Uighurs and Hong Kongers. And this belligerent approach will not change Chinese elite claims to Taiwan and the Spratly Islands. (China is more likely to respond to western approaches that set an example of how national communities can cooperate through tolerance, conciliation, and cultural understanding. The Coronavirus pandemic represented an excellent, though wasted, opportunity for leadership elites to collaborate for the common global good.)

National leaders should be careful what they wish for. We know that after 15 or so years in the early twentieth century, geopolitical nationalism produced, among other conflicts real and rhetorical, the Third Balkan War. That war became World War One.

Keith Rankin, trained as an economic historian, is a retired lecturer in Economics and Statistics. He lives in Auckland, New Zealand.