The sharply rising number of deaths from the covid-19 coronavirus in Mā’ohi Nui (“French” Polynesia) has triggered a corrosive war of words with a pro-independence party lawmaker, Élaine Tevahitua, accusing President Édouard Fritch of mismanagement of the crisis.

All the archipelagos of the Polynesian territory have now been hit by the out of control covid-19 – even the most isolated, Mangareva – since the borders were opened four months ago.

Another new death from covid-19 coronavirus has been condemned at Tahiti’s only hospital, Ta’aone, taking the total to 62, with 225 new infections in the past 24 hours.

This takes the number of people carrying the virus to 12,587 since it was first detected on March 13.

Eighty-five patients are in hospital, including 24 in intensive care unit whose stay at the hospital usually last around three weeks.

This long stay puts pressure on the number of beds available as the increase in covid-19 continues.

If this rate persists, it is likely there will be more than 100 deaths by the end of the year.

The letter cited examples to follow such as Fiji, Maldives, New Caledonia, and Samoa ranging from a small number of deaths to no cases at all, challenging the “abysmal death rate” under President Fritch’s governance.

A tit-for-tat exchange on statistics followed with the president talking about a “one-sided story” from the opposition and criticising that no figures were given on the impact of covid-19 on the economy from those island nations.

Fritch also had a crack at the New Zealand and Australian governments which he called “the absent big brothers” for not readily helping their “free-association islands”. The president praised the French authorities for “helping” his government.

Calls by the opposition party for free tests on the entire population to have a better visibility of the virus spread and a return to a 14-day quarantine for tourists, seem to have fallen on deaf ears with the government, which described these moves as too costly.

Epidemiologist Dr Pierre-Henri Mallet described the lack of testing alarming and “dangerous” in the face of the big increase in cases, saying “it is possible that 30,000 people have already been affected by this virus and one underestimates the number of cases”.

The French authorities and the local territorial government opened the border on July 15 to tourists – mainly from the USA and France – to save the local economy with tourism representing 20,000 jobs.

The first death was on September 10.

France fighting covid-19 and impacts on Ma’ohi Nui
In France, the decisions taken by French President Emmanuel Macron in mid-October to impose curfews and a 15-day lockdown in many French cities since the beginning of November, seemed to contradict a policy that temporarily allowed French people to visit French Polynesia under the so-called priority “economic lifeline”. This was quickly abandoned.

The Fritch government says that another lockdown would be a catastrophe for the local economy, and these are some of the measures that have been taken instead:

For Tahiti and Moorea, a curfew was put in place from 9 pm to 4 am.

For the rest of the Society archipelago, no curfew, but many shops and bars, entertainment places, and sport centres were forced to close.

French High Commissioner Dominique Sorain oversees the country’s defence and home security, with the approval of the local government.

Once again, the economy trumped the local population’s health and safety according to the independence party.

While France is striving to save both the economy and the population, President Fritch seems bound on saving the economy first in Tahiti.

Is this another déjà-vu?
It certainly looks like another case of déjà-vu, one such as the independence party reminds people about the lure of a better economy and a place in the history books promised by General Charles de Gaulle in 1964. That promise tempted the then Permanent Commission of the Territorial Assembly to offer the two atolls of Moruroa and Fangataufa for nuclear testing.

There is a certain irony that covid-19 and the nuclear experimentation in French Polynesia are strikingly similar in terms of the lack of information and lack of transparency by the local government and the French authorities.

On September 15, all information about covid-19 was put on the back burner and press conferences reduced from three to one weekly in order to focus more on the late senatorial elections, silencing the effects of covid-19 on the population.

Social media users are complaining about the non-existent official numbers of the rate of patients “cured” who come out of a covid-19 hospitalisation with debilitating effects.

It has also been noted that patients who have not been in intense care unit, do display persisting health problems when coming out of hospital.

The secrecy shrouding these two problems for the Mā’ohi Nui population is therefore nothing new and history has often revealed the truth.

The Pacific diaspora lens in unmasking the secrecy
As a member of the Mā’ohi Nui diaspora living in New Zealand, it is incumbent upon us to report what we see as outsides-insiders so that our communities back in our respective archipelagos are actively informed.

To speak specifically about Mangareva, one of the concerns that might be important in terms of the death rate, are the pre-existing condition factors.

What does that mean?

Diabetes, heart conditions, obesity are some of the diseases that covid-19 festers on but, as one of the heaviest islands hit by nuclear fallout, it might be important to ascertain how many of the casualties of the coronavirus were diagnosed with radiation exposure.

Also to evaluate how such pre-existing conditions have worsened the devastation of covid-19.

As it stands, in Mangareva only three people presented symptoms and were isolated on the neighbouring islands and hopefully no casualties will come out of this.

Medical reports on the number of casualties speak predominantly of Polynesian people and it seems fair to point out that so far French metropolitans are following the health and safety measures imposed by the government.

It could also mean that being financially better off than the local Ma’ohi, the French can afford a lifestyle that poor Mā’ohi people cannot.

By disseminating the information from New Zealand, my friends from other Pacific communities are actively concerned about this issue of covid-19 devastating the local population in Mā’ohi Nui.

We are ready to support through solidarity. It is therefore very important for us to inform on these issues that are far from being resolved, but for which we can show the solidary of our Pacific people and those back home in Mā’ohi Nui.

Ena Manuireva is an Auckland University of Technology academic and PhD candidate who is from Mangareva in the Gambier Islands, a remote southern archipelago in “French” Polynesia. He is a contributor to the Pacific Media Centre’s Asia Pacific Report. 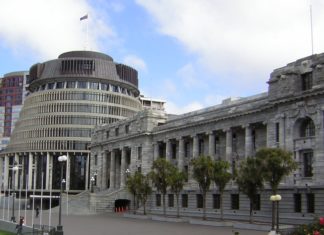 Bryce Edwards -
Editor's Note: Here below is a list of the main issues currently under discussion in New Zealand and links to media coverage. Today's content Parliament, government,...

Home-delivered food has a huge climate cost. So which cuisine is...

Upgrade rage: why you may have to buy a new device...

Do you feel undervalued and overworked? COVID-19 is likely to affect...