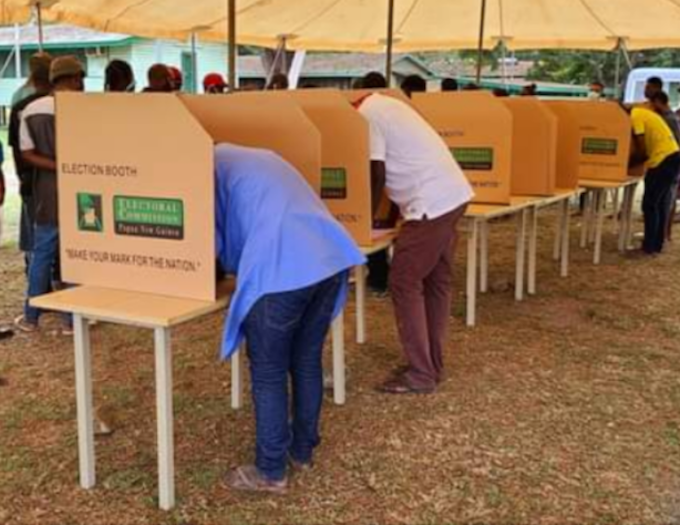 Former Bougainville Revolutionary Army commander, Ishmael Toroama, is starting to build a substantial lead after count 206 in the presidential vote.

With counting of the northern votes happening through the weekend, Toroama has established a buffer of more than 2200 votes over second placed Father Simon Dumarinu.

A number of other candidates continue to pick up significant numbers of votes, with Thomas Raivet in third but nearly 10,000 votes back, the former head of the Papua New Guinea Sports Foundation, Peter Tsiamalili, making up considerable ground to be fourth, Toroama’s BRA colleague Sam Kauona coming into the picture.

But as James Tanis, who is slipping down the leaderboard, has previously pointed out, the critical factor will be how the preference votes end up being allocated.

And with 25 candidates in the race there are many thousands of those.

Count toss up
There was an unusual event near the end of the count in the southern region seat, Makis, on Saturday.

The Bougainville Electoral Commission reports that the two leading candidates were tied with one elimination stage to go, so a coin toss was used to decide which of them would go forward before the last of those preference votes could be shared.

So one candidate was duly eliminated but the eventual winner was Junior Tumare, who had been lying in third spot before the toss.

Kakapetai’s success came as no surprise to one of his competitors, Chris Siriosi.

He finished third after the 8th elimination and said Kakapetai got a large number of votes from one part of the constituency.

Siriosi said, in addition, he lacked the funds others had going into the poll.

He is a former acting secretary for the government and said he will now focus on getting a job.

Peace focus
One newcomer to the Bougainville Parliament is hoping to continue his work in peace building.

He said it was his second attempt to get into Parliament and he came more prepared this time round.

Kataevara, who has worked with the Bougainville government and the United Nations as a peace builder, is hoping he can still be involved in that process.

He said he hoped for a cabinet role and his focus remained on Bougainville achieving its independence goal.

“We shouldn’t lose focus, we shouldn’t lose sight of the objective and the whole reason for the conflict on Bougainville, and as much as possible ensure that the process works towards achieving that objective,” he said.