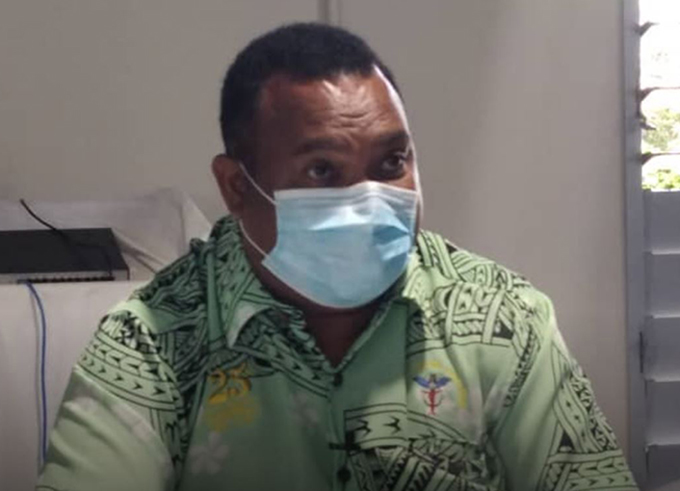 By Scott Waide of EMTV News

Seventy-four health workers in Papua New Guinea’s Morobe province have been isolated after coming in contact with a 35-year-old National Department of Health officer who has tested positive with covid-19.

The officer arrived in Lae on Sunday from the capital Port Moresby to attend a workshop and became ill on Monday.

Angau Hospital chief executive Dr Kipas Binga said today the 74 workers had not shown any symptoms but would be tested.

“The officer is a National Department of Health (NDOH) worker. He arrived on PX106 flight from Port Moresby,” Dr Binga said.

“We have also asked Air Niugini to give us a list of passengers so that we can track down passengers.

“Hotel workers face a very low risk because they were not in direct contact with the patient.

“This is an imported case. We do not have community transmission. People should not panic.”

Papua New Guinea has 63 confirmed covid-19 cases and no deaths but a spike in cases in Port Moresby in the past week has caused concern.

Lockdown comes into force
Earlier today, EMTV’s Annette Kora reported that as “unpredictable cases” of covid-19 continued to increase in Port Moresby, measure 11 for a two-week lockdown had gone into effect this morning.

Applicable only to Port Moresby residents, the coronavirus measure 11 was announced by Pandemic Controller David Manning for a halt to public motor vehicle (PMV) services for the two weeks.

This was to mitigate the spread of covid-19 in the city.

EMTV’s scope of the city early today showed, that apart from cab motorists, public motor vehicles had adhered to the measure and there were no buses seen to be picking up any commuters.

Workers were the only ones huddling at bus stop shelters – no PMV’s in sight.

Only taxi cabs looking to make a few extra money during the lockdown were lined up in front.

Companies, departments, and agencies have been encouraged to arrange transport for pick up and drop off of its staff during the two-week lockdown.

Schools have been suspended for two weeks and a curfew has been imposed in NCD starting tonight from 10pm to 5am.

The NDOH and the NCDC Provincial Health Authority will ensure these measures are adhered to.

The Pacific Media Centre has a partnership with EMTV News.

Grattan on Friday: Morrison’s promised integrity commission can’t hide behind COVID much longer – can it?

Gaming the board: Crown Resorts shows you just can’t bet on...

E-prescriptions are coming. But what are they? And is this the...

How do we know statistics can be trusted? We talked to...