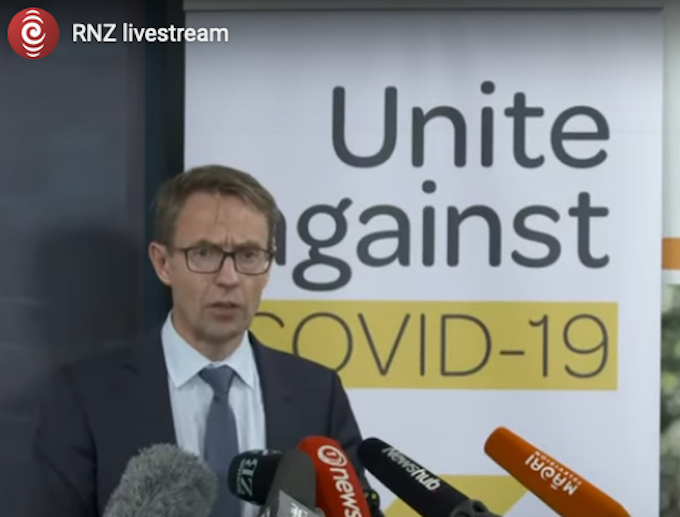 Two new cases of covid-19 in New Zealand were women aged in their 30s and 40s who visited a dying parent in Wellington under compassionate grounds, says Dr Ashley Bloomfield says.

In a statement released today, the Ministry of Health said the two new cases were related to the border as a result of recent travel from the UK.

The new cases follow 24 consecutive days with no new cases in New Zealand, and eight days since the recovery of the last active case.

Dr Bloomfield said both women were from the same family. They arrived in New Zealand from the UK on June 7.

“A new case is something we hoped we wouldn’t get, but it’s also something we expected and have planned for,” he said.

They traveled from the UK via Doha and then Brisbane. Australian authorities were contacted to trace people in Australia, Dr Bloomfield said. It was uncertain where they became infected.

One had mild symptoms, the other was symptom free.

Dr Bloomfield said they had applied for an exemption on Friday, June 12, to visit their dying parent and were allowed to travel to Wellington in a private vehicle to do so the following day, on June 13. Their parent died that night.

He said there was only one additional family member who may be at risk, and who was being tested and isolated. Other potential contacts included people on the same flight from Brisbane and people who were in or had been in the same managed isolation facility in Auckland, including staff.

“There was an agreed plan in place as a part of the approval process for the compassionate exemption and that included the travel arrangements.”

He said the funeral for the parent would be delayed until family members had completed their next 14-day minimum isolation period.

“The family has asked for their privacy to be respected.”

Staff stood down, tested
Staff at the managed isolation facility – the Novotel Ellerslie hotel in Auckland – who had contact with the pair would be stood down and tested, Dr Bloomfield said.

“I won’t go into details but there is a lot of empty roadside between here [Wellington] and Auckland.”

Dr Bloomfield said the situation exemplified why compassionate exemptions did not extend to funerals or tangihanga where there might be large groups of people.

From now on, people must return a negative result before being allowed an exemption, he said.

“We should not be complacent, we should remain vigilant. There is a pandemic raging outside our shores.”

He said there were several hundred New Zealanders entering the country on most days.

The new cases bring New Zealand’s confirmed cases to 1156, and the combined total of confirmed and probable cases to 1506.

New Zealand has had 22 deaths from the virus.

Health Minister David Clark said the two new cases showed the importance of having strict controls at the border.

He said New Zealand has some of the toughest border controls in the world for a reason.

In The Meddler, we join a creeping nightcrawler as he chronicles...