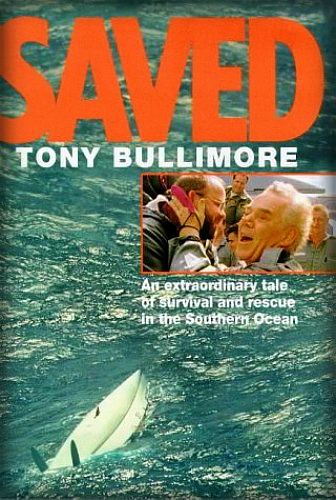 In the wake of our success so far in containing the spread of COVID-19, the prime minister has been prodding us to come out from under the doona.

With the premiers, he has prepared a three-step plan.

The problem, he said on Friday, is that it would be tempting to stay in lockdown tucked up under the doona forever.

And you know, you’ll never face any danger. But we’ve got to get out from under the doona at some time. And if not now, then when?

The treasurer Josh Frydenberg says continuing the lockdown is costing the economy A$4 billion per week.

To stay safe, or to live boldly

The preamble to an open letter by 265 Australian economists published in The Conversation last month said that to use those costs as a reason to end the lockdown would represent a “callous indifference to life”.

Others seem to think that the lives lost matter less than the huge economic and social costs staying locked down.

In between those extremes lies a huge band of uncertainty.

A more circumspect comparison of the risks of unlocking compared to the risks of staying locked down suggests that, in purely economic terms, the restrictions make good sense so far.

You start by putting a value on lives

One way to evaluate the merits of relaxing restrictions is to put a monetary value on the fatalities avoided, and compare that cost with the cost imposed by the restrictions.

Putting a monetary value on human life is often viewed as unsavoury. But, whether explicitly or implicitly, it is what is being done every time a government or non government entity makes a decision that affects the risk of increased mortality, from whether to put up a road sign to how to conduct hospital triage.

Being explicit gives some assurance that the proposed measures are proportional. It can alleviate fears that what’s proposed is an under or over reaction.

Read more: The calculus of death shows the COVID lock-down is clearly worth the cost

But numbers alone can not tell us what is the right thing to do. That requires making value judgements – which is the job of politicians.

It is nevertheless helpful to understand how the COVID-19 policy responses measure up to standards used in normal public health decision making.

Making this difficult is the is enormous uncertainty over some of the key variables.

It’s hard to know how many lives

A critical number is the infection fatality rate.

The Oxford Centre for Evidence Based Medicine puts the infection fatality rate at between 0.1% and 0.4% of the population.

This range could further be increased by as much as 50% if not enough intensive care units are available.

For planning purposes the Department of Prime Minister and Cabinet values a full statistical life, when converted to 2019 dollars – allowing for inflation and growth – of approximately A$5.1 million.

Reasonable arguments could be made that it should be many times larger or smaller.

As an example, when the lone British sailor Tony Bullimore was rescued from the Antarctic Ocean by the HMAS Adelaide in 1997, the nation celebrated as he emerged from under the hull after hour days trapped in winds of up to 160 km per hour.

Australia’s defence minister dismissed any criticism of the cost.

“We have an international legal obligation. We have a moral obligation obviously to go and rescue people, whether in bushfires, cyclones or at sea,” he said.

In today’s dollars it cost about $10 million to save 57 year old Bullimore’s life. When age is factored in this represents a value that is many times more than the normal value of a full statsitical life used by the prime minister’s department.

A reference figure is $150 billion…

Nevertheless, taking $5.1 million as a conservative estimate of the value of a full life and reducing it by two thirds to take account of the fact that most of the people who die from COVID-19 are in the final third of their lives, gives a conservative cost of 90,000 COVID-19 fatalities in a “do-nothing” scenario of about $150 billion, or 8% of gross domestic product.

By comparison, at $4 billion per week, the economic cost of the first month of restrictions amounts to a little under 1% of gross domestic product.

Spending many times that much to avoid a health crisis that could cost 8% of gross domestic product, and perhaps much more, seems reasonable.

…which means we can’t keep doing this forever

But there’s a catch: continuing the regulations indefinitely isn’t an option.

Lockdowns make more sense if there is an exit strategy or end game – such as a vaccine or medical intervention.

Unfortunately, neither are likely within six to twelve months, if ever.

Like cures for cancer, it’s possible they will always remain just over the horizon.

This kind of indefinite time-frame would see the economic and social costs of restrictions rise over time and potentially exceed the statistical value of the lives saved, all the while leaving the vast majority of the population susceptible. Even if COVID-19 were eliminated in Australia, so that economic activity resumed, this would impose substantial costs on tourism and accommodation sectors – potentially for ever.

There is a danger of a double tragedy. Without a plan to exit and with no vaccine, we could find ourselves having spent 8% or more of gross domestic product in lockdowns and still face the threat of a national epidemic.

Waiting for a vaccine could become like having yet another go on the pokies – without a commitment to exit, you end up broke with nothing else to spend.

At the moment, the restrictions are justified in financial terms.

But rising economic and social costs mean we will need an exit strategy. This may simply mean learning to live with COVID-19.

With that end-game in mind, taking a cautious peeks out from under the doona soon, makes sense.

– ref. It’s hard to know when to come out from under the doona. It’ll be soon, but not yet – https://theconversation.com/its-hard-to-know-when-to-come-out-from-under-the-doona-itll-be-soon-but-not-yet-137879