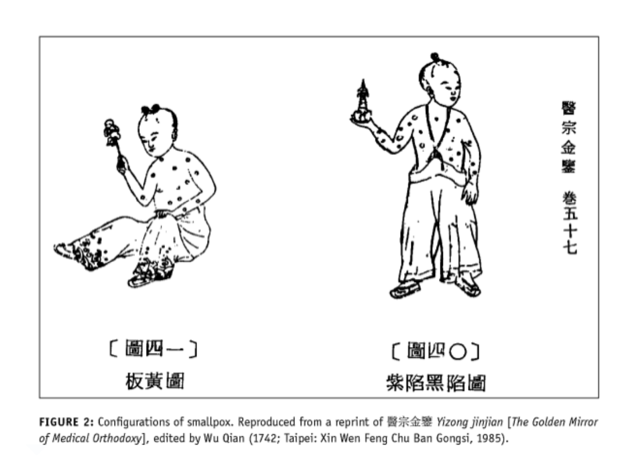 Spitting. Name-calling. Physical assaults. The outbreak of COVID-19 has coincided with a dramatic escalation in racially motivated incidents towards people of Asian descent around the world.

US President Donald Trump has fuelled these attacks with his strident criticisms of China’s handling of the pandemic, unsubstantiated claims the virus originated in a lab in Wuhan and constant references to COVID-19 as “the Chinese virus”.

While this rhetoric has certainly been on the rise since the pandemic began, anti-Asian sentiment of this sort is nothing new. And it springs at least partly from deeply entrenched stereotypes about Chinese cultural practices, a topic I have researched extensively.

Read more: Masking power in the age of contagion: the two faces of China in the wake of coronavirus

Some of these stereotypes have historically characterised China as a place rife with sickness and Chinese people as inherently vulnerable to disease.

In fact, the country itself used to be referred to as the “Sick Man of Asia”, a derogatory phrase that gained momentum in the late 19th century following China’s losses in the Opium Wars. (The phrase was used both literally to describe poor health and figuratively to describe poor governance.)

But as is so often the case, these stereotypes derive from misconceptions and misinformation. And in this case, the source of misinformation can be traced with remarkable precision to the politically charged observations of western visitors to China dating back to the late 1700s.

Recognising how these stereotypes evolved can help us understand – and hopefully defuse – some of the anti-Chinese vitriol being espoused around COVID-19 today.

How rumours start: the case of smallpox

Unfortunately, scapegoats are common when epidemics break out. Take the plague, for example, which in medieval Europe was blamed on Jewish communities accused of spreading the disease by poisoning wells.

And for a long time, many Europeans and Americans believed China was the “cradle of smallpox”, an idea that circulated widely in numerous journals, travelogues and official reports from the early 1800s onwards.

In 1838, for instance, the travel writer Charles Toogood Downing wrote of smallpox,

this dreadful malady is supposed to have originated among the Chinese, and to have spread westward in a gradual manner among the natives of Western Asia, until it became as prevalent with the people of Europe, as among those of the Centre Kingdom.

Downing got his information from a single, unreliable source: a late 18th century essay by the French Jesuit missionary, Pierre Martial Cibot.

Cibot composed the essay, “De la petite vérole” (“On Smallpox”), in Beijing in the late 1760s, but it didn’t reach Paris until around 1772. The essay begins with the punchy proclamation that smallpox had existed in China for three millennia, and claims to summarise what Cibot describes as

many very knowledgeable and very boring [Chinese] essays on the origin and the cause of smallpox.

Cibot was disdainful of Chinese medicine, as well, dismissing the “pathetic stupidity” and “lunacy and inconsistency” of traditional treatments.

Yet, contrary to Cibot’s claims, the mechanisms put in place to respond to smallpox by the Manchu rulers of the Qing dynasty were actually very advanced.

As early as 1622, imperial Manchu bannermen had implemented a precursor to our modern-day coronavirus tracing apps, with squad leaders required to report anyone showing symptoms of smallpox.

Safety guidelines were established to prevent the spread of smallpox when offers of tribute were brought from visiting dignitaries and when arranging audiences with the emperor. Military officers who had acquired immunity to smallpox were chosen to deploy to regions where the disease was active.

Both the Kangxi and Qianlong emperors were inoculated against smallpox, as were other members of the imperial retinue.

In fact, inoculation specialists held official government posts, and new specialists were actively recruited. In 1739, Qianlong even sponsored the compilation of a medical encyclopedia with detailed chapters on smallpox prophylaxis – the very same book on which Cibot later claimed to base much of his essay.

In all these ways, Chinese responses to smallpox were light years ahead of those in France during the same period.

Given China’s obvious achievements in dealing with smallpox, why then would Cibot portray the situation so harshly? As always, it comes down to cultural differences and politics.

When Cibot left for Beijing in 1758, inoculation had become the subject of heated debate between the French church and Enlightenment thinkers.

The debate centred on the fact that inoculation (as opposed to the practice of vaccination, which came later) involved deliberately infecting people with small amounts of the disease to stimulate an immune response. So while inoculation sometimes caused smallpox and death, often it successfully protected the patient from a more serious case.

Intellectuals like Voltaire favoured legalising inoculation in France, but the church interpreted it as interfering with divine will. The controversy ended abruptly in 1774 when Louis XVI witnessed Louis XV’s gruesome death from smallpox and had himself inoculated.

In Cibot’s day, China also occupied a powerful position with regard to trade and culture. Many Europeans viewed China not just as a desirable trading partner, but as a source of medical knowledge and even a model of government.

So in composing his essay, Cibot faced a serious dilemma: If he represented Chinese responses to the disease too sympathetically, he risked contradicting the church and lending ammunition to Enlightenment thinkers who wanted to study Chinese inoculation methods.

Cibot found a way out by arging the longtime presence of smallpox in China proved that inoculation had failed. According to Cibot, China was not a source of cures, but a source of disease – and not worth emulating.

Unfortunately, Cibot’s text went on to become one of the most-cited western sources on Chinese smallpox in the 19th and 20th centuries, appearing in numerous bibliographies. It also directly contributed to the creation of the stereotype that China was the “Sick Man of Asia”.

More than 200 years later, the political tensions between China and the west over COVID-19 and the disinformation being spread online about the origins of the virus feel uncannily familiar.

The old French adage that “the more things change, the more they stay the same” seems, well, more true than ever.

Yet the old adage doesn’t teach us to be passive. If the story of smallpox reveals nothing else, it’s that rhetoric remains powerful across history, its afterlife having consequences for real people and real lives.

– ref. Before coronavirus, China was falsely blamed for spreading smallpox. Racism played a role then, too – https://theconversation.com/before-coronavirus-china-was-falsely-blamed-for-spreading-smallpox-racism-played-a-role-then-too-137884