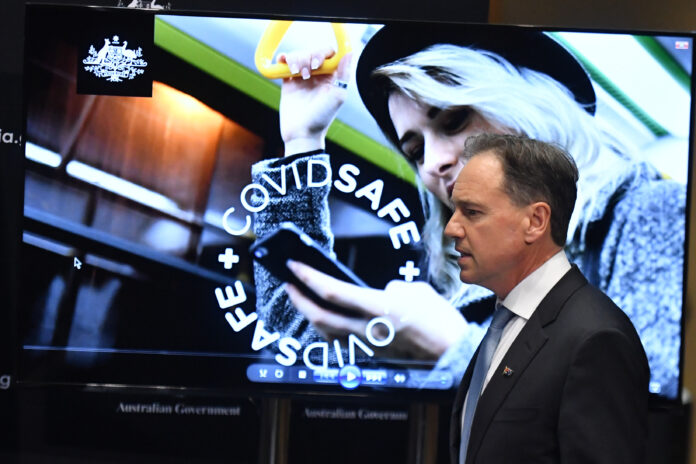 The Australian government will need to correct earlier misstatements and improve privacy protections to gain the trust of the millions of Australians being called on to download the COVIDSafe contact tracing app.

The draft Privacy Amendment (Public Health Contact Information) Bill 2020, or the “COVIDSafe bill”, released yesterday, is the first step towards parliamentary legislation providing privacy protections for users of the app.

The COVIDSafe bill includes some significant improvements on the protections offered by federal health minister Greg Hunt’s current determination under the Biosecurity Act, which put rules in place to encourage uptake of the app. However, the bill falls short on other substantial concerns.

Improvements incorporated in the bill

The COVIDSafe bill includes several amendments to the privacy protections originally set out in the determination, which the legislation is intended to replace.

The bill, like the determination, would make it illegal to gather or use data collected by the app for purposes other than those specified. Such an offence would be punishable by up to five years in prison.

Importantly, the bill also permits individuals to take some enforcement action on their own behalf if the privacy protections are breached, rather than relying on the government to bring criminal proceedings. It does this by making a breach of those protections an “interference with privacy” under the Privacy Act. This means users can make a complaint to the federal privacy commissioner.

The bill also improves the kind of consent needed to upload a user’s list of contacts to the central data store, if the user tests positive for COVID-19. Instead of allowing anyone with control of a mobile phone to consent, the bill requires consent from the actual registered COVIDSafe user.

The legislation will also apply to state and territory health officials to cover data accessed for contact tracing purposes, in case they misuse it.

A crucial problem with the bill is it allows the government to collect much more personal data than is necessary for contact tracing.

Just before the app’s release, federal services minister Stuart Roberts said the app would only collect data of other app users within 1.5 metres, for at least 15 minutes. He also said when a user tests positive the app would allow the user to consent to the upload of only those contacts.

Neither of these statements is true.

According to the Privacy Impact Assessment of COVIDSafe, the app collects and – with consent of a user who tests positive – uploads to the central data store, data about all other users who came within Bluetooth signal range even for a minute within the preceding 21 days.

While the Department of Health more recently said it would prevent state and territory health authorities from accessing contacts other than those that meet the “risk parameters”, the bill includes no data collection or use restrictions based on the distance or duration of contact.

The government should correct its misstatements and minimise the data collected and decrypted to that which is necessary, to the extent that is technically possible.

The privacy protections in the bill only apply to certain data. And the definition of that data does not capture critical personal data created and used in the process of COVIDSafe contact tracing.

The bill defines “COVID app data” as data collected or generated through the operation of the app which has been stored on a mobile phone or device. This would include the encrypted contacts stored on a user’s phone.

But if the user tests positive and uploads those encrypted contacts to the national data store, the decrypted records of their contacts over the last 21 days do not clearly fall within that definition. Data transformed or derived from that data by state and territory health officers would also fall outside the definition.

“COVID app data” should be re-defined to expressly include these types of data.

Ministers have said COVIDSafe’s source code, or at least the parts of it which do not pose “security issues”, would be made available within a fortnight after the app’s release. Yet, there is no sign of this.

The full source code should be made public at least a week prior to the COVIDSafe Act being enacted so experts can identify weaknesses in privacy protections.

The bill also fails to provide any guarantee of independent scientific advice on whether the app is continuing to be of practical benefit, or should be terminated.

Loopholes in the rules against coercion

The bill contains some good protections against coercing people to download or use the COVIDSafe app, but these need to be strengthened, by preventing requirements to disclose installation of the app, and discriminatory conditions. This is especially necessary given various groups, including chambers of commerce, have already proposed (illegal) plans to make participation or entry conditional on app usage.

The government must abide by its promise that use of the COVIDSafe app is voluntary. Coercion or “pseudo-voluntary” agreement should not be used to circumvent this.

‘Google knows everything about you’ doesn’t cut it

Many have argued Australians who do not yet trust the COVIDSafe app should download it anyway since Google, Facebook, Uber or Amazon already “know far more about you”. But the fact that some entities are being investigated for data practices which disadvantage consumers is not a reason to diminish the need for privacy protections.

The harms from government invasions of privacy have even more dramatic and immediate impacts on our liberty.

Parliament will debate the COVIDSafe Bill in the sitting expected to start May 12, and a Senate Committee will continue to investigate it. Many are likely to wait for improved protections in the final legislation before making the choice to opt in.

Read more: Coronavirus contact-tracing apps: most of us won’t cooperate unless everyone does