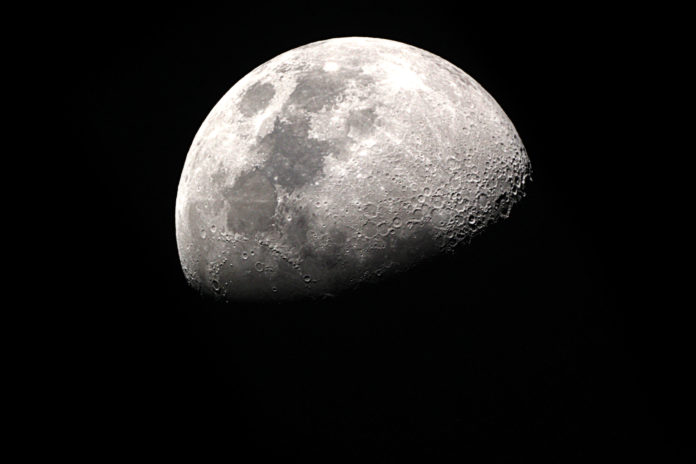 Earlier this month, US President Donald Trump issued an executive order reaffirming that companies joining US mining activities on the moon would have property rights over lunar resources.

The order also made clear the US wasn’t bound by international treaties on the moon. Instead, the US would set up a bilateral or multilateral legal framework with other like-minded states to govern lunar mining activities.

This bold move by the Trump administration poses some challenging questions for Australia, given our past commitment to international space treaties and our current support the US Artemis lunar program.

Read more: Giant leap for corporations? The Trump administration wants to mine resources in space, but is it legal?

Australia is a longstanding member of all five space treaties. Also, the terms “international” and “responsible” are two of the principles guiding the Australian Space Agency in designing and implementing its policies and programs.

As such, Australia will need to decide how it plans to respond to Trump’s move and how this will shape its future space policies. Will it continue to hold an “international” view toward the exploitation of resources from outer space?

Or can Australian companies “responsibly” take part in mining of the moon without contravening the country’s treaty obligations?

Space resources as a ‘common heritage of mankind’

The Trump administration’s proposal is potentially at odds with a key principle in the 1979 Moon Treaty known as the “common heritage of mankind” (CHM).

The CHM principle is an important part of other areas of international law, such as the UN Law of the Sea Convention, which sets restrictions on the mining of deep seabed areas that lie outside national marine boundaries. Specifically, it allows commercial mining, but only if the benefits are shared among different countries by the International Seabed Authority.

Under the Moon Treaty, the CHM principle similarly does not give exclusive property rights to any state or individual companies. Instead, it provides for the “equitable” international sharing of space resources.

Read more: It’s not clear where Trump’s ‘Space Force’ fits within international agreement on peaceful use of space

The treaty also requires its state parties to negotiate international rules governing the exploitation and use of these resources.

As party to the Moon Treaty, Australia is obliged to follow these provisions. However, the US has never joined the treaty. It has criticised the CHM principle several times, and essentially does not support the idea of “equitable” sharing of space resources.

This is why the Trump administration is pursuing a separate framework to govern the exploitation and use of resources on the moon.

A difficult balancing act for Australia

There are now some concerns Australia could shift from its commitment to the CHM principle and side with the US view that states and companies should be permitted to freely exploit space resources.

Perhaps due to Australia’s obligations under the Moon Treaty, Prime Minister Scott Morrison did not say anything about the possibility of Australian involvement in mining on the moon when promising to support NASA’s Artemis program last September.

Read more: All of humanity should share in the space mining boom

Instead, Morrison vaguely pledged $150 million investment into Australian businesses and new technologies to help the country become more competitive in the space industry and better support future US space missions to Mars and the moon.

However, NASA may be looking for a different type of collaboration with Australia, focused more on Australian mining capabilities.

…the lunar missions will rely on turning hundreds of millions of tons of mined water ice recently discovered on the moon into liquid forms of hydrogen and oxygen to power spacecraft. That autonomous capability of extracting resources is something that Australia has in its toolkit.

Although there have been no clear messages from the Australian mining industry about whether they have interest in mining on the moon, companies such as Rio Tinto have already been developing the relevant technologies.

Read more: Australia can pick up its game and land a Moon mission

When finalising a specific plan to implement its $150 million investment in space research, the Australian government needs to think carefully about how to comply with its treaty obligations, including CHM, while still supporting its approach to NASA’s lunar program.

Australia needs to decide what it values more – an outer space shared by all, or the profits from possible mining deals that come from a more exclusive approach to space.

– ref. Australia has long valued an outer space shared by all. Mining profits could change this – https://theconversation.com/australia-has-long-valued-an-outer-space-shared-by-all-mining-profits-could-change-this-137405