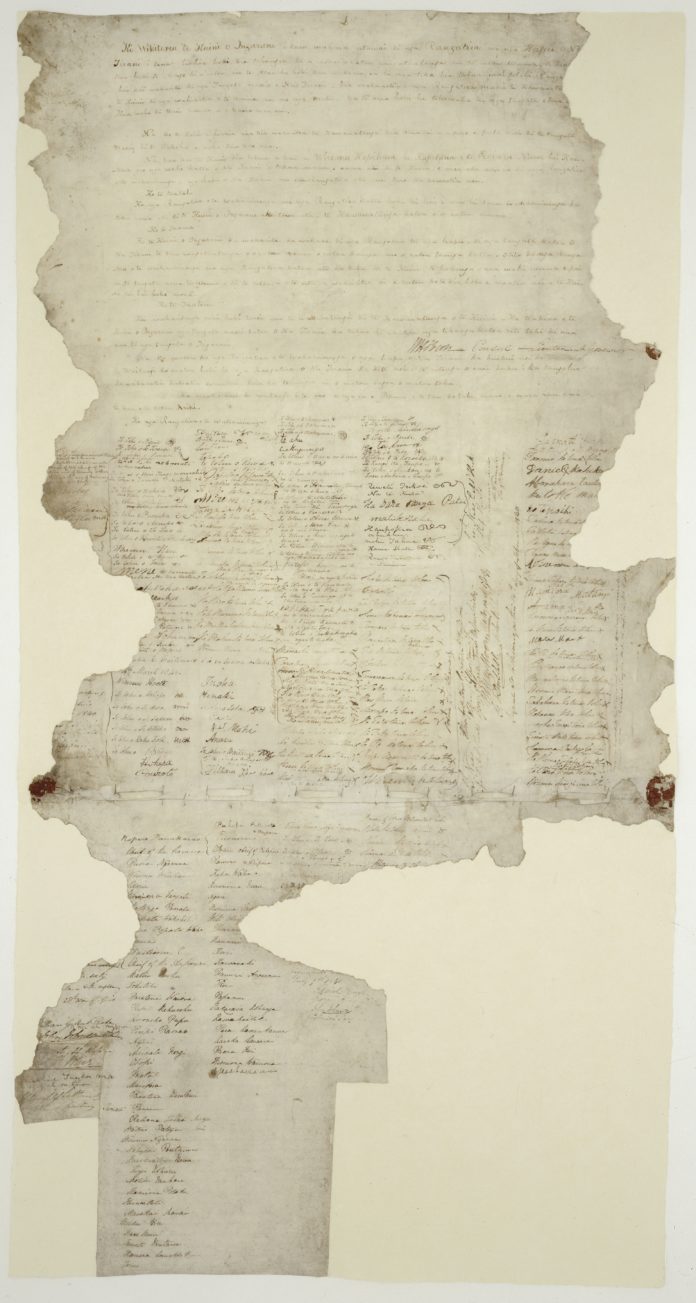 A flotilla of traditional twin-hulled ocean voyaging vessels and tall ships, including a replica of Cook’s Endeavour, sailed along the coast for more than two months as part of Tuia 250, a government-sponsored series of events framed around New Zealand’s voyaging heritage.

The events have polarised many communities. Māori in several areas protested, while others took part enthusiastically. The community to which I belong – Ngāti Kuia, Rangitāne and Ngāti Apa – made up the latter.

For us, Tuia 250 was about many things, but least of all about James Cook. We inverted the “Cookfest” in the same way our ancestors took European technologies and put them to customary use.

Insight into our world

My ancestors were present in Tōtaranui/Queen Charlotte Sound, at the top of the South Island, when James Cook arrived in 1770. Fifty years later, the area was invaded by tribes from the north, armed with muskets.

The inter-tribal conflicts that occurred in New Zealand during the 1820s and 1830s are known as the “musket wars”. While the weapon technology was new, the causes for conflict between tribes were customary and many were settled in accordance with custom, primarily through marriage.

Read more: Explainer: the significance of the Treaty of Waitangi

The musket wars led up to 1840, the year tribal chiefs and representatives of the Crown signed the Treaty of Waitangi. By then, the geo-political situation in the northern South Island was quite different from 1770.

I mention these events – Cook’s expeditions, the musket wars and the treaty – because they have framed our historical experience and influence our contemporary response. When the government announced its plans for Tuia 250, we saw an opportunity to revisit the past, re-imagining it in order to create a new reality in the present.

We knew that our ancestors had met Cook, but more importantly, they had established a relationship with Tupaia, the Ra’iātean navigator who had joined the expedition in Tahiti. The intensity of that relationship is reflected in the lament composed by our ancestors when they heard of Tupaia’s death.

The muskets wars certainly influenced the history of the northern South Island. From that point on the area was occupied by new tribes whose “take whenua” (occupation rights) were based on “raupatu” (conquest). But my tribal community soon faced a far more formidable opponent – the Crown and British settlers.

Following the signing of the treaty, the Crown imposed its native policy. Fundamentally this meant relieving Māori of their “idle” lands. Through the Native Land Court system, judges were asked to determine who held rights to certain areas according to native custom. Despite having heard evidence from my tribes, the court decided that they had been conquered and had therefore lost their rights to land they claimed through “take tupuna” (ancestry).

These issues were revisited 110 years later. The Waitangi Tribunal, a specialist commission of inquiry, found that Ngāti Kuia, Rangitāne and Ngāti Apa had retained rights following the invasion and that the Crown had failed them. The Crown subsequently apologised and compensated the tribes in 2014.

All of these factors influenced why and how my tribes engaged with Tuia 250. The fact that the flotilla included voyagers from East Polynesia reminded us of the relationship our ancestors forged with Tupaia 250 years earlier. Cultural imperatives demanded that our guests be received in an appropriate manner.

The events following Cook’s arrival and the musket wars were significant but did not constrain the aspirations of coming generations. The boundaries that were later imposed on us through Crown policy were both artificial and ultimately temporary.

Few people had the opportunity to witness the pōhiri (traditional welcome) for the flotilla at Meretoto/Ships Cove in Queen Charlotte Sound last November. It was an interesting example of custom whereby tribal leaders worked to accommodate each other’s cultural practices.

Despite a history of conflict and ongoing disputes, the pōhiri demonstrated that Māori are also pragmatic and search for solutions that maintain the mana (status, authority) of all – at least on this occasion.

Tuia 250 also showed that Māori history continues to unfold, both in relation to the Pākehā (non-Maori) world, and independent of it. With the government’s recent announcement that New Zealand history will be made compulsory in schools, it will be interesting to see how these diverse realities are incorporated into the curriculum.

Read more: Why it’s time for New Zealanders to learn more about their own country’s history

Another theme of Tuia 250 is the notion of shared futures. The rekindling of a relationship that began 250 years ago was strengthened through the retelling of oral traditions, and the creation of new ones. This was a reminder that we are a Pacific island nation and our shared future is here, not in London or Whitby.

– ref. My ancestors met Cook in Aotearoa 250 years ago. For us, it’s time to reinterpret a painful history – https://theconversation.com/my-ancestors-met-cook-in-aotearoa-250-years-ago-for-us-its-time-to-reinterpret-a-painful-history-128771