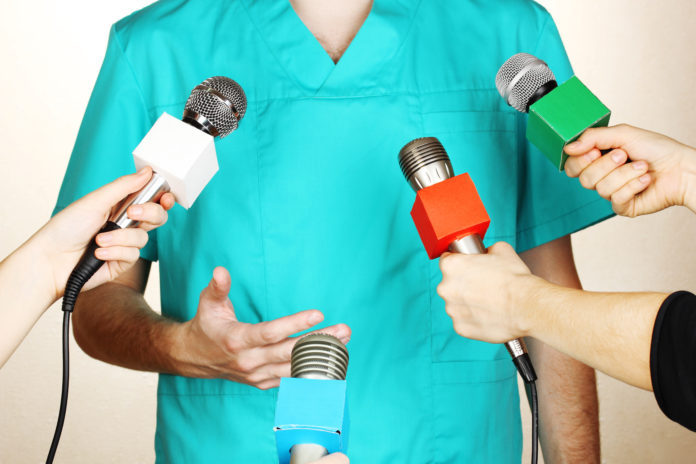 As the number of COVID-19 infections climbs across the globe, so too do stories about journalism job losses, newsroom cutbacks and masthead closures. This raises the question: what does the pandemic-induced economic crisis mean for public interest journalism?

Our latest research suggests quality health reporting in Australia – an important type of public interest journalism – was already under threat before the latest cutbacks, and before mis- and disinformation about the pandemic infected the internet.

To stem the haemorrhage of public interest journalism, the Morrison government has announced a pandemic relief package for Australian media, including a A$50 million Public Interest News Gathering (PING) program. The government will support commercial television, newspaper and radio businesses that produce “quality news, particularly in remote and regional Australia”. Yet details about what constitutes public interest journalism and how it will be adequately supported remain sketchy.

Our study examined the quality of health reporting about cancer in Australia’s daily newspapers from 1997 to 2017. It found significant and increasing shortfalls in this type of public interest journalism.

While concerning, this finding was not surprising. Media companies have experienced significant financial duress in the digital age as technologies have transformed advertising markets and shifted revenues away from print to online competitors. This hardship for media outlets has led to newsroom cost-cutting and hundreds of masthead closures.

In terms of health reporting, it has meant fewer specialist medical reporters and experienced editors in newsrooms to sift through hype about miracle cures.

This is of concern for public knowledge about health issues. While newspapers have suffered significant cutbacks, their online reach and agenda-setting power mean they remain an important source of information for the public’s understanding of health care and disease. As many studies have found, news media play a key role in public health awareness and can influence how citizens use the healthcare system.

A prominent example of media effects on public health knowledge was the direct impact of an ABC television report in 2015 that was critical of a cholesterol-lowering drug. It resulted in 60,000 Australians changing their prescribed medication, often at serious risk to their health Andrea, is this ok?. The content was later removed, but the damage was done.

Our latest research investigated the quality of cancer reporting in two different years. These covered both a time of prosperity (1997) and a time of austerity (2017) for the Australian press.

More than 600 stories were sourced from tabloid and broadsheet-styled daily newspapers across Australia using keywords relating to cancer. We were specifically interested in cancer treatments and research.

We scored each story using a Media Quality Index (MQI), made up of eight measures. The eight measures were informed by past studies and tested the detail, accuracy and balance of reporting in the news stories and their headlines.

We found a statistically significant decline in the quality of reporting about cancer from 1997 to 2017 across the mainstream press. Tabloid articles received significantly lower MQI scores than the broadsheet stories.

Read more: During the Great Depression, many newspapers betrayed their readers. Some are doing it again now

This lack of critical health reporting about medical harms can limit the capacity of health consumers to make informed decisions about their illnesses and treatments. It can also inadvertently promote overuse of health services, with implications for the healthcare budget and public policy. Potentially, it can foster unrealistic expectations and undermine the public’s confidence in the medical profession if these expectations are not met.

We also found a significant rise in the use of sensational and emotive language in news reporting about cancer in 2017 (71%) compared to stories published in 1997 (34%).

This rise in emotive language and sensationalism is alarming because of the media’s potential to influence patient decision-making.

However, not all responsibility for sensationalism lies with media outlets. Researchers can stand to gain from favourable coverage of preliminary findings in terms of attracting venture capital. This underscores the need for specialist reporters who can detect questionable health claims in self-serving media releases.

In 2017, more headlines were guilty of clickbait – misleading readers to stoke attention and boost reader metrics to attract advertising dollars – compared to 1997. In 1997, 72% of headlines were considered accurate compared to 48% in 2017.

The initial misconception caused by a misleading headline is problematic because false impressions can be hard to correct. Again, they may raise a patient’s hopes and expectations regarding their cancer diagnosis and treatment.

Our study signals a broader warning about the quality of health reporting in the mainstream media. It shows the need for more public interest journalism to counter the abundance of health misinformation online.

To this end, the government’s PING program is a step in the right direction, but whether it will be enough remains to be seen.

This research project was led by Dr Nicholas Lawler, a medical resident at the Royal Melbourne Hospital.

– ref. Now more than ever, we need quality health reporting in Australia – https://theconversation.com/now-more-than-ever-we-need-quality-health-reporting-in-australia-136229