Tuesday 11th of August 2020 07:47:07 PM
Home Academic Analysis Donald Trump blames everyone but himself for the coronavirus crisis. Will voters... 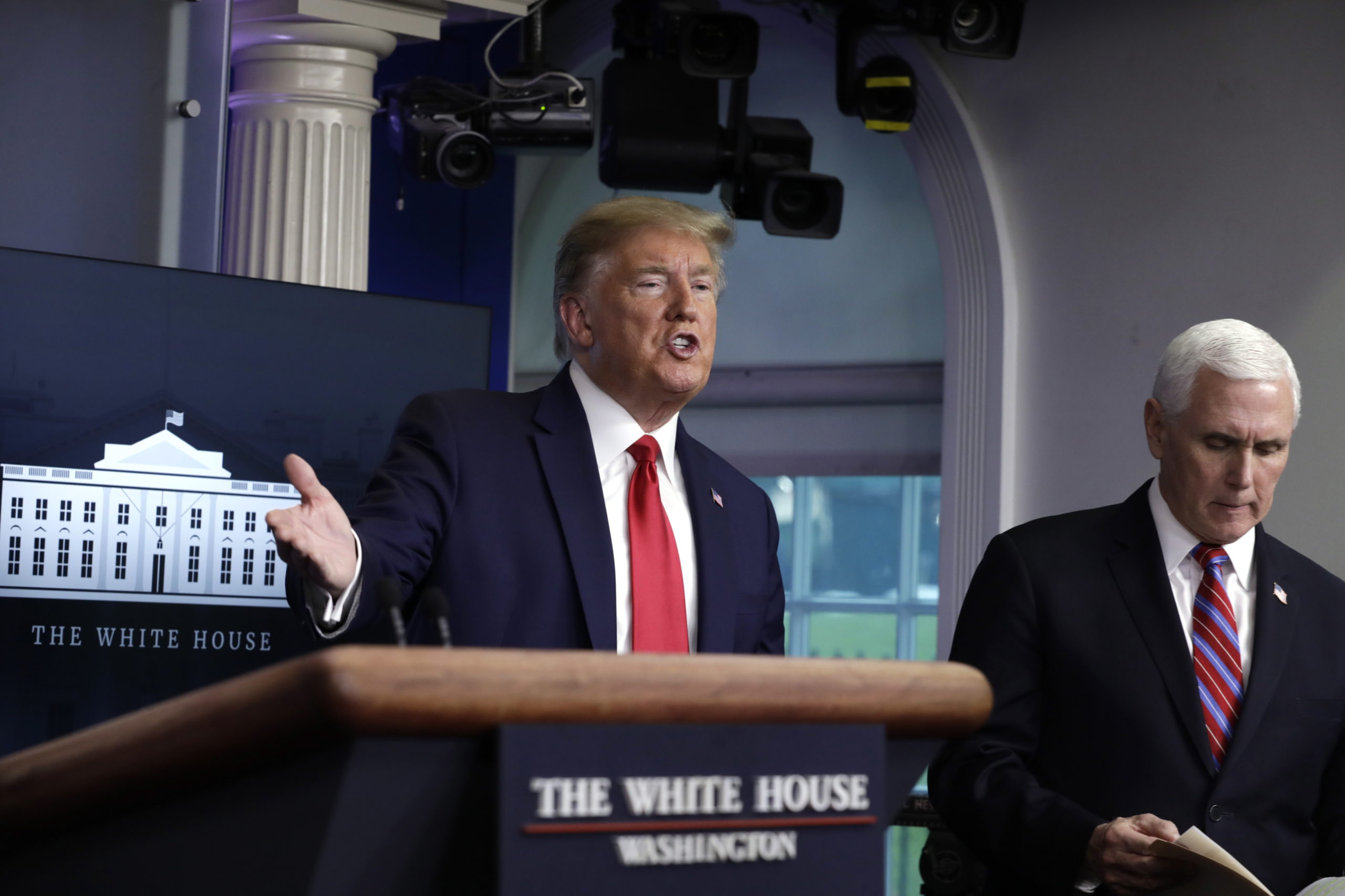 In absolute numbers, the United States is suffering the world’s worst COVID-19 outbreak. How did this happen in a country with such vast resources?

There is plenty of blame to go around, from the early testing failures to the numerous officials who failed to act quickly.

How voters assign blame will be the key question of the 2020 presidential election. As president, Donald Trump is trying to deflect all blame from himself, while taking credit for anything that goes right.

It started by blaming the other side

Research from the past decade shows party identity is a major factor in how Americans assign blame for government failures. In the current partisan environment, many voters will simply blame the other side.

But the election will probably be decided at the margins, by people without strong party identities who usually pay little attention to politics.

Trump’s own failures in the pandemic are well documented. His overconfidence, disdain for expert opinion and obsession with stopping bad news from hitting the stock market all made the crisis worse.

Perhaps most damaging, Trump and his allies claimed early on the media and Democrats were deliberately exaggerating the virus to cripple the economy and his re-election chances. This politicisation of the virus had far-reaching effects on the behaviour of both citizens and elected officials.

Nearly every western democracy has had problems with people who haven’t taken COVID-19 seriously. But only in the United States did this become a principled political stance.

Then it became a ‘foreign’ problem

Trump is staking his re-election on a different narrative. He is now placing blame for the pandemic outside the United States, on the Chinese government and the World Health Organisation. He has announced he will halt US funding to the WHO, which he accuses of mishandling the crisis and helping China’s cover-ups.

The centrepiece of this narrative is Trump’s travel ban on China, which he claims the WHO “fought”. In Trump’s telling of the story, he made a brave and prophetic decision that aligned with his instincts on keeping Americans safe from foreign threats. In reality, the travel ban contributed to a dangerous atmosphere of complacency.

The Trump administration issued an entry ban on foreign nationals who had recently travelled in China on January 31, effective February 2. Trump faced almost no political opposition to this decision at the time, though the WHO did not recommend it.

Read more: Experts agree that Trump’s coronavirus response was poor, but the US was ill-prepared in the first place

Trump was not alone in making this decision. US airlines had already stopped carrying passengers to and from China. Many other countries, including Australia and Italy, announced travel bans for passengers from China at the same time.

Despite China’s complaints about the travel bans, the world was essentially following China’s lead after it shut down Hubei province, the epicentre of the outbreak on January 30.

The virus was already spreading in the United States, and other travellers such as returning cruise ship passengers were seeding new clusters. But the US government’s response remained focused on China, even as Trump tried to calm markets by praising President Xi Jinping’s handling of the crisis.

Until the end of February, the CDC restricted coronavirus testing to people who had recently been to China or had come into contact with a known infected person. As a result, few Americans were tested in the first weeks of the crisis.

Australia, by contrast, had a similar travel ban, but tested far more people early on.

Well into March, Trump and his allies continued to brag that the travel ban had “contained” COVID-19, which they christened “the China virus”.

Lack of preparedness leads to crisis

After it became clear the US was facing a major crisis of its own, Trump repeatedly pointed to the travel ban as evidence of his early seriousness about COVID-19. Framing the virus as a foreign problem solved by keeping foreigners out suited Trump’s political purposes as he campaigned for re-election on tough border control. But it did nothing to help Americans as infection rates exploded.

Widespread framing of the virus as “foreign” continued even as it crushed American cities. Some Republican officials suggested the crisis would be limited to cosmopolitan cities in blue states.

Alabama Governor Kay Ivey refused to issue a stay-at-home order because, as she put it, “we are not California”. However, Alabama already had more infections per capita by late March than California.

Read more: Governors take charge of response to the coronavirus

South Dakota Governor Kristi Noem told reporters her state was “not New York City” shortly before one of the worst viral clusters in the country appeared in Sioux Falls.

America’s lack of pandemic preparation led to a national shortage of medical equipment, forcing states to compete with each other for the few available resources.

As governors pleaded for supplies from the national stockpile, Trump said he wanted them to “be appreciative”. This has created plenty of footage of governors praising Trump’s response to the crisis, which will no doubt feature heavily in his election campaign.

Trump’s skill as a campaigner can’t be denied. But his initial polling boost from the crisis, smaller than that of other leaders, is already wearing off.

Trump will continue to make confident predictions and tout miracle cures as the pandemic wears on. And if one of them works out, it will become another campaign centrepiece, showing how Trump beat the experts.

But too many of these gambles have already failed. The death and suffering are real, and they will make a grim backdrop for an election.

– ref. Donald Trump blames everyone but himself for the coronavirus crisis. Will voters agree? – https://theconversation.com/donald-trump-blames-everyone-but-himself-for-the-coronavirus-crisis-will-voters-agree-135205

Can ageing really be ‘treated’ or ‘cured’? An evolutionary biologist explains

Can ageing really be ‘treated’ or ‘cured’? An evolutionary biologist explains

Australian primary private schools should be fully funded by governments —...

Every Victorian Year 12 student will have COVID-19 factored into their...

One new NZ case of covid in isolation as Bloomfield says...