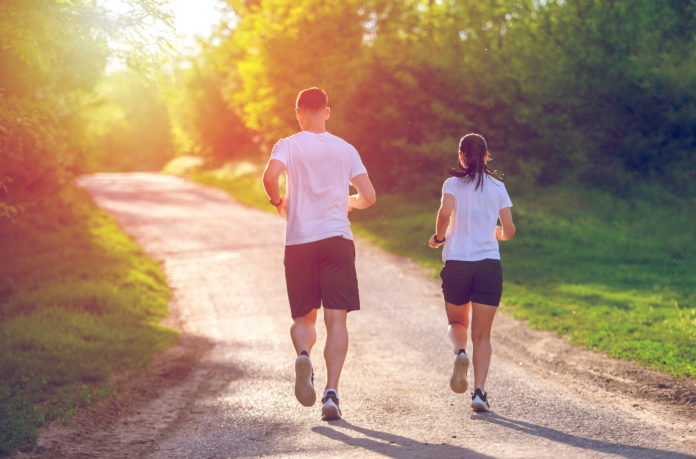 Source: The Conversation (Au and NZ) – By Emmanuel Stamatakis, Professor of Physical Activity, Lifestyle, and Population Health, University of Sydney

We’re told to keep a minimum of 1.5 metres apart from others to avoid the spread of COVID-19 via contact with virus-contaminated droplets.

So when news emerged last week of a study showing the potential for droplets to spread beyond 1.5m if a person is walking, jogging or cycling, it raised concerns.

But the study was published before it was peer-reviewed by experts to double-check the findings.

A cough on the move

The authors of the study say the 1.5m rule is based on people standing still. But when people are moving they found the droplets can travel much further and potentially infect anyone following behind.

Read more: Coronavirus: why should we stay 1.5 metres away from each other?

The authors say people are better off walking or running side by side, keeping that 1.5m distance apart, or when in one line allowing at least 4m to 5m apart for walking, 10m for running and slow biking and at least 20m for fast biking.

The study led runners, cyclists and others to question whether the advice could be trusted.

Is this credible research?

The study, by a team of engineers in Europe, is a preprint publication, which means it hasn’t been peer-reviewed by other scientists and journal editors to check the research methods and findings.

In other words, the quality of the simulation could be anything between flawed and reasonably realistic. Without peer review we cannot know.

The study is also based on a computer simulation, so it’s a hypothetical study not involving human participants.

Like any simulation it is based on a long chain of assumptions, such as assumptions relating to specific environmental conditions where jogging takes place. For example, it doesn’t take into account any impact from wind.

The study authors have tried to address these and other concerns in a series of Q&As. They say peer review could take more than a year for results to be published, so they were keen to get the advice out now for others to scrutinise:

The peer review publication will follow next. But we are not on the same time line when there is a pandemic storming the world. We thought that the priority was on people’s health.

What should you do?

There are no grounds for this unchecked simulation to change any current advice or attitude in the community.

It would be irresponsible to issue formal or informal lifestyle advice based on a computer simulation that has not been checked for even its theoretical scientific rigour.

Maintaining 5m to 20m distance when walking, running or cycling outdoors would make it almost impossible to exercise in some cities and would undoubtedly discourage some people from going out at all.

There is also the danger any such unfounded information to change people’s behaviour could become an expectation. That could generate conflict and friction between people who think others are not heeding the advice to stay safe.

Advising people to run alone is also unnecessary and should not deter people from meeting up with their exercise buddy, if that helps their motivation.

Stick to official advice and do not rush to make any new lifestyle decisions.

Governments usually develop their advice in consultation with eminent scientists and clinicians.

When doing exercise in pairs, such as running, then stick to at least 1.5m from anyone, including walkers and fellow runners. If a runner or cyclist coughs or sneezes, they need to make sure they cover their mouth and go even further away from anyone else.

A consequence of current formal advice is that running or cycling on narrow and busy outdoor tracks and paths should best be avoided because of the close proximity and the risk of touching or coming too close to others.

Exercisers could use such tracks very early in the morning or at other less busy times.

Read more: How to stay fit and active at home during the coronavirus self-isolation

Physical inactivity during the COVID-19 self-isolation is a serious threat to people’s mental and physical health. Maintaining or increasing physical activity is one of the most important coping mechanisms during the extraordinary conditions we are experiencing.

In the countries where outdoor exercise has not been banned – including Australia – safe cycling, running and walking are all great ways to meet or exceed the World Health Organisation recommendation of 150 minutes of moderate-intensity or 75 minutes of vigorous-intensity physical activity per week.

– ref. How to keep a coronavirus-safe distance when you’re jogging or cycling – https://theconversation.com/how-to-keep-a-coronavirus-safe-distance-when-youre-jogging-or-cycling-136235