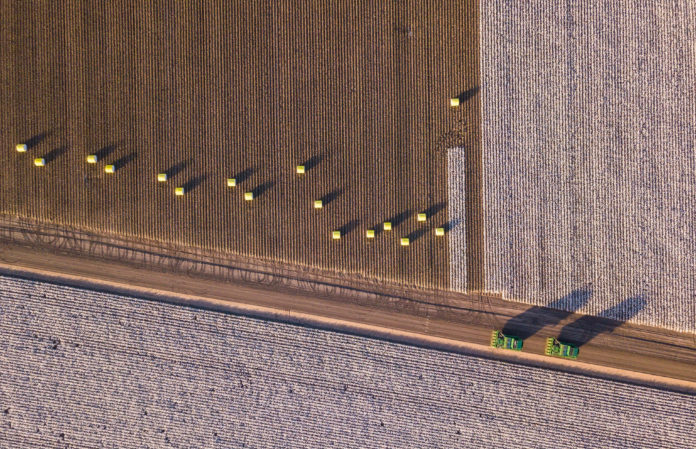 The rains have finally arrived in the Northern Murray Darling Basin. Hopefully, this drought-easing water will flow all the way down to the parched communities and degraded habitats of the lower Darling.

How much water goes downstream, however, does not just depend on how much it has rained.

It also greatly depends on how much is extracted and consumed upstream, and the rules and enforcement around these water extractions.

Simplistic or knee-jerk responses to water insecurity, such as banning irrigation for “thirsty crops” such as cotton, will not fix the water woes of the basin.

The harder and longer path is to deliver real water reform as was agreed to by all governments in the 2004 National Water Initiative and that includes transparent water planning enshrined in law.

Read more: The sweet relief of rain after bushfires threatens disaster for our rivers

Irrigation accounts for about 70% of all surface water extracted in the basin.

Australia’s water accounts tell us that in 2017-18, basin cotton irrigators extracted some 2,500 billion litres (about five Sydney Harbours’ worth) or equivalent to about 35% of all the water extracted for irrigation.

Most of this water was extracted in the Northern Basin (covering southern Queensland and northern New South Wales). But increasingly cotton is becoming a preferred crop in the Southern Basin (southern NSW to South Australia).

Cotton is a thirsty crop. According to the Australian Bureau of Statistics cotton uses, on average, more than 7 million litres (or about three Olympic-sized swimming pools) per hectare.

At a global scale, the volume of water extracted by cotton irrigators to produce one kilogram of cotton fabric averages more than 3,000 litres.

Increased water efficiency: good news for some, bad news for others

Concerns over how much water cotton uses, and the high price of water in the basin, has incentivised cotton farmers to increase their cotton yield (in tonnes) per million litres of water extracted.

This has been achieved with improved genetics, management and more high-tech irrigation methods. According to Cotton Australia, much less water (only 19%) is flowing back into streams and groundwater from water applied to cotton fields than two decades ago, when the return flows were 43% of the water applied.

This is because a much greater proportion of the water extracted by cotton farmers now gets consumed as evapo-transpiration, and thus is unavailable for anyone or anything else.

We need to change the rules of the game

Given these cotton facts, would banning the growing of cotton in Australia increase the water available? No – because the problem is not cotton irrigation per se, but rather the “rules of the game” of the who, how, and when water is extracted. These water sharing rules are determined at a state level in what are called Water Sharing Plans.

Proper water planning is the only way to ensure a fair deal, deliver on the intent of the 2012 Basin Plan and keep levels of water extraction at sustainable levels.

Water sharing plans are supposed to be consistent with the 2012 Basin Plan. But NSW has, so far, failed to provide its plans for auditing by the Murray-Darling Basin Authority, missing the key July 1, 2019 deadline.

Following an expose of alleged water theft in July 2017, the NSW government created a specialised agency, the Natural Resources Access Regulator, that has greatly helped water monitoring and compliance in NSW. Despite its best efforts, there is still inadequate metering in the Northern Basin. And across the basin as a whole, most groundwater extractions are not properly monitored.

The actual rules about how much water can be extracted are substantially influenced by some irrigators in the consultation process before plans are implemented.

Such influence has resulted in some water sharing plans favouring upstream irrigators at the expense of downstream communities, such as Walgett and Wilcannia. These towns have been left high and dry despite the fact NSW law gives priority to town water supplies over other water uses.

According to the NSW Natural Resources Commission, the current Barwon-Darling Water Sharing Plan “effectively prioritises upstream water users” and also does not provide protection for environmental water from extraction.

The Natural Resources Commission also observed that extraction permitted under the plan:

has affected those communities and landholders reliant on the river for domestic and stock water supplies, town water supply, community and social needs.

A consultant’s report from 2019, written for the NSW government, also found no evidence in the Barwon-Darling water planning processes of reporting on performance indicators such as changes in stream flow regimes, ecological values of key water sources or water utility (for town supply) access requirements.

Sadly, the problem of poor water planning is not exclusive to the Barwon-Darling, but exists in other basin catchments in NSW, and beyond.

Any effective solution to the water emergency in the basin must, therefore, hold governments responsible for their water plans and decisions. This requires that a “who, what, how and when” of water be made transparent through an independent water auditing, monitoring and compliance process.

Simplistic responses to water insecurity, such as banning irrigation for cotton, will not fix the water woes of the basin. The harder and longer path is to deliver real water reform as was agreed to by all governments in the 2004 National Water Initiative and that included transparent water planning enshrined in law.

Read more: Fish kills and undrinkable water: here’s what to expect for the Murray Darling this summer

Three things that would make a difference

As a nation we must hold decisionmakers accountable so the rules of the game do not favour the big end of town at the expense, and even the existence, of towns.

We also need to:

Enforcing the law of the land would ensure those who have the legal right to get the water first (such as town water supplies) are prioritised in the implementation of water sharing plans. It would mean state water plans are audited and actually deliver environmentally sustainable levels of water extraction.