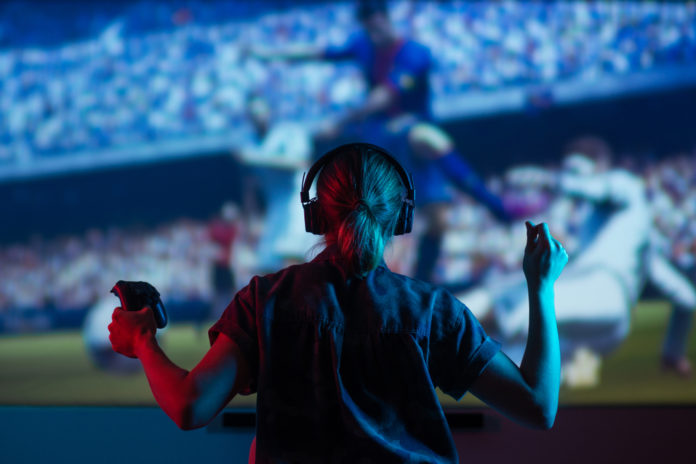 Esports is one promising option. This fast-growing, professional video game competition medium is played between individuals or teams. While it encompasses non-sport games, in the context of sports-based games, esports offers an alternate reality where athletes are digitally represented.

Esports is now drawing mass appeal, fitting easily into the online lives many of us lead.

Sports administrators are now faced with unprecedented disruption. Avid sports fans are self-isolating at home, cabin fever is setting in and they are craving their usual sports fix.

Initially, NRL and AFL administrators tried to maintain their season fixtures with no fans, but this quickly became untenable.

As we hunker down for the long haul, extending the AFL season suspension beyond May looks increasingly likely, making the prospect of esports all the more appealing.

The financial cracks in Australia’s leading professional sports leagues are not confined to COVID-19.

Falling free-to-air television views and decreased numbers of match spectators pose a significant commercial threat. Generating revenue primarily from television broadcast rights is no longer sustainable. Thus, esports represents more than a season filler – it’s an opportunity sports administrators have largely ignored, but may need to quickly school themselves on.

Even before this pandemic hit, Australian sports fan engagement was changing. Data released in 2017 showed 11.4 million Australians consumed sports on a smartphone, desktop or tablet during July that year – a 6% increase from June. Growth was 10% among women, compared to 3% among men.

For Australian sports fans, the jump to esports would require little change in consumer behaviour. Other countries are already seeing this shift. The US Major League Soccer (MLS) administrators found 65% of their most devoted fans highlighted FIFA gaming as driving their interest in soccer.

“Gaming is actually more important to us than people playing soccer itself,” said MLS senior director of properties James Ruth.

Read more: Are esports the next major league sport?

Formula 1 has led the rollout of esport contingencies during COVID-19, showing commitment by launching their Virtual Grand Prix series. Running in place of races planned for the postponed season, and featuring several virtual F1 drivers, fans at home can still get their F1 fix.

The National Basketball League (NBA) are more hesitant, but have dipped their toes in the water by promoting an esport competition featuring 16 of the NBA’s top basketball players. It’s likely we’ll see more sporting codes act and experiment with new modes of delivery in the near future.

In Australia, not all clubs were slow to recognise the potential of esports. More than four years ago, Adelaide Crows officials realised their traditional revenue streams were “maxed out” and identified esports as an avenue for growth.

However, the AFL’s commitment has been tentative at best. The NRL have also yet to make any real inroads, but did partner with an Australasian esports media company for a Fortnite event last year.

Not a gendered activity

Esports, like real sports, is not just for men. Research suggests women and men play video games in about equal numbers. According to Venture Bear, in the US alone 11 million women watched a live stream on Twitch last year.

In the Australian market, commercial growth through esports investment could be an influential strategy to seed youth leagues. As marketers seek to attract new fans and strengthen existing fan affiliations, esports’ effects could be twofold.

As we all settle into the pandemic way of life, Australian sports administrators may need to shift from dabbling in esports to developing a more sophisticated and comprehensive esports strategy.

Reliance on traditional income streams and “bums on stadium seats” have left our sports vulnerable and in some cases, looking for a bailout.

Perhaps administrators missed the opportunity to pivot quickly, keeping their fans engaged, their staff employed and their future secure. Either way, during these troubled times, esports may help breathe new life into one of the country’s favourite pastimes.

– ref. With everyone stuck indoors, esports is poised for its time in the sun – https://theconversation.com/with-everyone-stuck-indoors-esports-is-poised-for-its-time-in-the-sun-135559

What would Amy Coney Barrett, Trump’s pick for the Supreme Court, mean for abortion rights in the US?

What would Amy Coney Barrett, Trump’s expected pick for the Supreme Court, mean for abortion rights in the US?