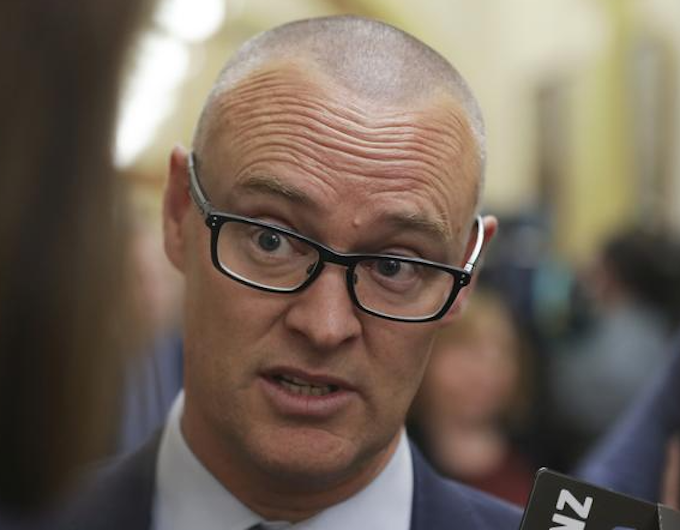 New Zealand’s Health Minister David Clark has revealed that he took a trip to the beach during the alert level 4 lockdown and has offered to resign.

Dr Clark said he drove his family 20km from his house in Dunedin to Doctor’s Point Beach for a walk during the first weekend of the lockdown in breach of the rules.

Prime Minister Jacinda Ardern said under normal conditions she would sack him but to avoid disruption she would be demoting him instead.

LISTEN TO RNZ: ‘I have made a fool of myself – I have got this completely wrong’ – Health Minister David Clark

Dr Clark said he provided the Prime Minister last night with a complete picture of his activity outside his home during alert level 4, as part of his preparation for the Epidemic Response Committee.

He said the trip to Doctor’s Point Beach was a clear breach of the lockdown principles of staying local and not driving long distances to reach recreation spots.

“As the Health Minister it’s my responsibly to not only follow the rules but set an example to other New Zealanders.

“At a time when we are asking New Zealanders to make historic sacrifices I’ve let the team down. I’ve been an idiot, and I understand why people will be angry with me.”

Apologised to PM
He said he had apologised to the prime minister for his lack of judgement and offered her his resignation.

“In the interest of full disclosure, since the lockdown began I have also driven my family to a walking track approximately two kilometres from our house for a walk and gone for occasional runs, all of which were local and within the rules, and one bike ride which is already in the public domain.”

“Under normal conditions I would sack the Minister of Health. What he did was wrong, and there are no excuses.

“But right now, my priority is our collective fight against Covid-19. We cannot afford massive disruption in the health sector or to our response. For that reason, and that reason alone, Dr Clark will maintain his role.

“But he does need to pay a price. He broke the rules.

“While he maintains his Health portfolio, I am stripping him of his role as Associate Finance Minister and demoting him to the bottom of our Cabinet rankings.

Dr Clark told RNZ Morning Report he acknowledged that his ministerial judgement was now in question and that he needed to rebuild trust with the public, who were making huge sacrifices during the lockdown.

“Clearly I have a job to rebuild the confidence of New Zealanders,” he said.

“The Prime Minister has made it clear that in ordinary times she would have sacked me but for the fact we are facing a global pandemic. I need to focus on the job at hand and make sure I don’t commit any more errors of judgement.”

The minister suggested he was unaware of rules regarding non-essential travel outside his local area when he took his trip to the beach and it only occurred to him after being pulled up at the weekend about a second breach involving a car trip to a mountain biking track.

“I discovered that when I was going back over things having rightly been chastised for going for a bike ride locally.

“Obviously as Minister of Health I need to not only follow the rules but set an example to others. I’ve let people down.”

Refused to answer
He refused to answer when asked whether he would have continued to flout the rules if it had not been for the electoral vehicle he used being spotted when he went mountain biking.

“It’s not even worth speculating on that. I got it wrong, I’m not making any excuses,” he said.

He played down the damage the revelations may have caused to the government’s efforts to maintain the level-4 lockdown rules.

“The government itself has been, in my view, taking good decisions, but I’ve clearly taken the wrong decision here,” he said.

Dr Clark said the prime minister had not told him whether she would have him in the next Cabinet if Labour formed the next government again after the general election.