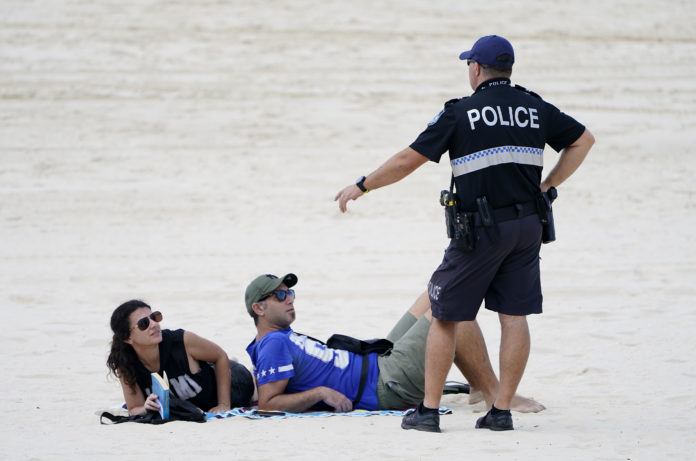 As the COVID-19 transforms our individual lives, we are learning a few new things about ourselves as a society.

We’ve known Australians suspect authority and, like other Western countries, have come to trust government less and less – right? One goes to our historical narrative; the other is borne out by quantitative research. And we don’t need a survey to know our political system is highly, often gratingly, adversarial.

But the coronavirus has challenged these truisms, for now.

First, stringent restrictions are being accepted and indeed approved in a way inconceivable a couple of months ago.

Yes, there was early flouting of social distancing and later we’ve had argument and push back around the edges (Victoria had to drop a silly prohibition on visiting a partner who lives separately).

But in the main the clamps are working without creating outrage, though we might wonder how it will be months on, in winter’s depth. Will people adjust to this peculiar lifestyle, or will nerves and tempers explode?

The long haul ahead makes it all the more vital measures are fine-tuned for sustainability and administered sensibly.

Second, we see an interesting twist on the “trust” issue. There was much media and other criticism of the government’s earlier mixed messaging, but the Essential poll published this week indicates a substantial level of trust in what the government says and does.

The poll asked whether people agreed or disagreed with the statement “I trust the government to provide honest and objective information about the COVID-19 outbreak”. Some 56% trusted the government – the same figure as in the previous week’s poll.

When people were asked how they rated the government’s response to the outbreak, 45% said it was good – not a majority but well above those who rated it as poor (31%).

It’s early days. But we can hypothesise that while Australians generally have a low level of trust in government – research from the “Democracy 2025” project shows Australia is very low among mature democracies – the situation is different in a major crisis, when people may be more inclined to turn to traditional institutions (as well as to the experts they already trust).

Third, politicians and other political players have been able to go from fighting like alley cats over the most minor matters to cooperating on an extraordinary range of unprecedented initiatives.

Read more: We should listen to coronavirus experts, but local wisdom counts too

Labor has – quite reasonably – argued at the margin especially by getting out in front of the government. But it has passed two economic packages, and will do the same with the third, with minimum quibbling and maximum alacrity. Federal and state leaders have worked effectively together, across party lines, through the national cabinet, despite some significant differences.

A community thoroughly tired of knee jerk political aggression might ask: after the crisis is over, could we retain some of this more productive approach?

Sharp conflicts will return, and that’s appropriate. But it would be a positive legacy if what in recent years has become destructive and debilitating hyper-partisanship remained dialled down.

While the current drastic measures are necessary to try to stop COVID-19’s steady trot breaking into a full gallop, their nature does raise some concern.

Police cars patrolling parks; drones in the sky; the power to electronically monitor people in quarantine; soldiers walking the streets.

Remember the recurring debates over draconian provisions when anti-terrorism laws were proposed? Unsurprisingly, there has been much less questioning of tough measures in current circumstances, although the police are having to defend certain actions, which is good – “the Australian way,” as Scott Morrison might say.

When this is over, there must be a clear end to such incursions into civil liberties. The Australian Industry Group says all measures need dates for review. The Ai Group is focusing on business requirements, but the point applies on civil liberty grounds as well.

The crisis has also told us a good deal about Morrison.

We’ve always known he’s highly pragmatic; now we see this pragmatism on steroids. He’s willing to adopt policies that, for his side of politics, go completely against the grain.

The politician who harped endlessly about how Labor overspent to keep Australia out of recession in the global financial crisis this week unveiled a mind-boggling $130 billion package aimed at stopping Australia falling into depression.

The package embraced a wage subsidy to cushion businesses and workers – a measure the government had initially dismissed when it was promoted by Labor and the unions.

Despite the exceptional circumstances, for Kennedy there’s an element of deja vu. He was in Kevin Rudd’s office during the GFC.

Moreover, Kennedy (who incidentally trained as a nurse), had long ago thought about prescriptions for handling a pandemic.

In a 2006 paper, titled “A primer on the macroeconomic effects of an influenza pandemic”, which examined “the pathways through which a pandemic might affect the Australian economy”, he wrote: “policies that restore confidence and consumption, support business in the short term, and promote a quick return to work are likely to be most effective in offsetting the adverse economic consequences of a pandemic”.

An insider describes Kennedy as forceful, “not afraid to speak up, to put his view.” Another source notes “we’re back to a world where Treasury is influential. Treasury is central – in the days of [former secretary John] Fraser it wasn’t, because he was so erratic”.

So far Morrison has been able to maintain a united party behind measures some of its members would hate, and others be shocked by. There is probably a good deal of biting of tongues.

While the desirable exit strategy on the social distancing side is clear – stop the measures as soon as it’s safe to do so – what will have to be done longer term with the economy and the budget is unfathomable.

The questions, however, are numerous.

The most obvious is: to what extent will the mega package be effective in keeping businesses in “hibernation”?

Morrison and Reserve Bank Governor Philip Lowe promote the imagery of crossing a bridge to “the other side”, when the economy can bounce back. This is the optimistic scenario. What happens if, despite the government’s efforts, many businesses simply die on the journey over?

And the future won’t be just or even mainly in Australia’s hands – the state of the world economy and particularly China will be crucial.

Amid all the international chaos, one bright spot is that commodity markets, on which Australian exports so depend, have not at this point been significantly affected.

There will be some major changes in attitudes coming out of the crisis.

Internationally and in Australia, there is likely to be a rise in the advocacy of protectionism.

We can expect increased concern about our dependence on China. For the duration of the crisis, applications for foreign investment in Australia are being more extensively scrutinised; post crisis, there is likely to be a feeling we have become too deeply in hock to China.

On the budget’s future, there is already speculation about cuts, and a possible winding back of the legislated tax relief.

But when the delayed budget is brought down in October, the outlook will still be uncertain, making it very difficult to frame.

Undoing the new generous measures will be a political nightmare. Morrison talks about “snap back” provisions. That goes against all experience of attempting to take away what people have. Good luck with removing free child care, welfare payment increases and much else, and then facing an election.

Morrison says Labor’s GFC measures had a long tail of cost. But the nature of the programs – home insulation, school halls – made them much easier to stop, compared with free child care and the like.

The debate about “debt and deficit” which, like the corporates, is in hibernation for the moment, will become a generational one, with surpluses beyond a telescope’s reach.

The Liberal party’s Back in Black mugs are now heirlooms for the grandkids.

– ref. Grattan on Friday: Imagine if we could extract a permanent vaccine against hyper-partisanship from COVID-19 – https://theconversation.com/grattan-on-friday-imagine-if-we-could-extract-a-permanent-vaccine-against-hyper-partisanship-from-covid-19-135450