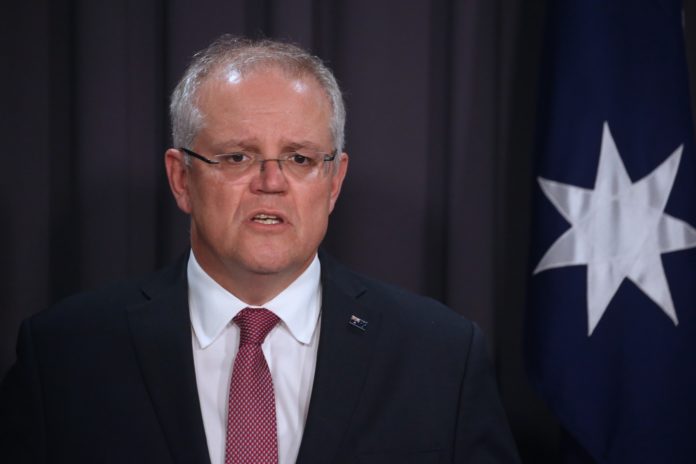 Crises pose particular challenges for democratic leaders. They are expected to make critical decisions in times of uncertainty and rapidly develop effective plans to lead us out of the crisis. Normally, we are more interested in constraining our leaders through the checks and balances of accountability. But in times of crisis, we look to our leaders to lead. Finding the right balance between accountability and rapid decision-making remains a challenge during an era of reduced trust in political leaders.

In Australia, the establishment of the national cabinet has undertaken this crisis leadership role.

The national cabinet comprises the prime minister and all state and territory premiers and chief ministers. Basically, it is COAG by another name.

Read more: ‘Where no counsel is, the people fall’: why parliaments should keep functioning during the coronavirus crisis

Its power is that which the leaders of all Australian jurisdictions bring to negotiate on behalf of their people, and to implement the decisions reached. This model is called executive federalism.

Advantages of executive federalism in a time of crisis

In a crisis, decision-making automatically shifts upwards with the expectation that leaders will work together to find a way through the crisis. The National Cabinet meets these expectations in several ways.

Response time is critical, and with the national cabinet meeting multiple times a week, issues can be addressed as they emerge. Risk is reduced by bringing together technical and political experts.

The national cabinet is supported by the chief medical officers, who meet as the Australian Health Protection and Principles Committee (AHPPC). They pull together the modelling, research and data that form the basis of decisions made by the national cabinet.

The national cabinet is the mechanism to bring together information and intelligence sharing, and the capacity to pool and test ideas before locking in coordination and jurisdictional capacity.

Because of the frequency of meetings, decisions are expected and made. The consideration of different jurisdictional viewpoints and expertise puts rigour and contestability into the decision-making and strengthens the outcome.

In a time of national crisis, agreement on a plan of action and then rapid and effective implementation is crucial. The national cabinet brings that focus. By putting aside their “politics as usual” squabbles the leaders demonstrate their desire for agreement and unity and communicate that firmness of purpose to the community at large.

Though the search for unity can be overborne by local circumstances. Some states moved earlier to introduce restrictions and shutdowns outside of the national cabinet. Though criticised for breaking ranks, the premiers were reacting to the different circumstances and anxiety within their jurisdiction. They decided to trade off the perception of a loss of unity against the need to create local responses for local circumstances.

The national cabinet helps reconcile the dual allegiances citizens have to the national government and their state or territory government. People are looking for a coherent national approach through the crisis, but they do not want to see their individual jurisdiction to be disadvantaged compared to the rest of the country. At the national cabinet, the smaller states have equal representation, whereas in parliament their representation is proportionate to their population size.

Executive federalism forums such as the national cabinet can be criticised for being undemocratic and unaccountable, with the role of the parliament marginalised. However, these forums are undertaking different roles. The national cabinet deals with negotiation and compromise between states, which recognise difference and diversity. The parliament is about majority will.

The connection has not been lost with parliament, which is suspended not pro-rogued, and will be brought back to pass legislation from decisions made by the national cabinet.

Once the COVID-19 crisis has passed, the full democratic accountability processes can scrutinise the decisions taken. This includes parliamentary committee investigations and royal commissions. The checks and balances of the democratic constraints on our leaders will reassert themselves.

– ref. Explainer: what is the national cabinet and is it democratic? – https://theconversation.com/explainer-what-is-the-national-cabinet-and-is-it-democratic-135036