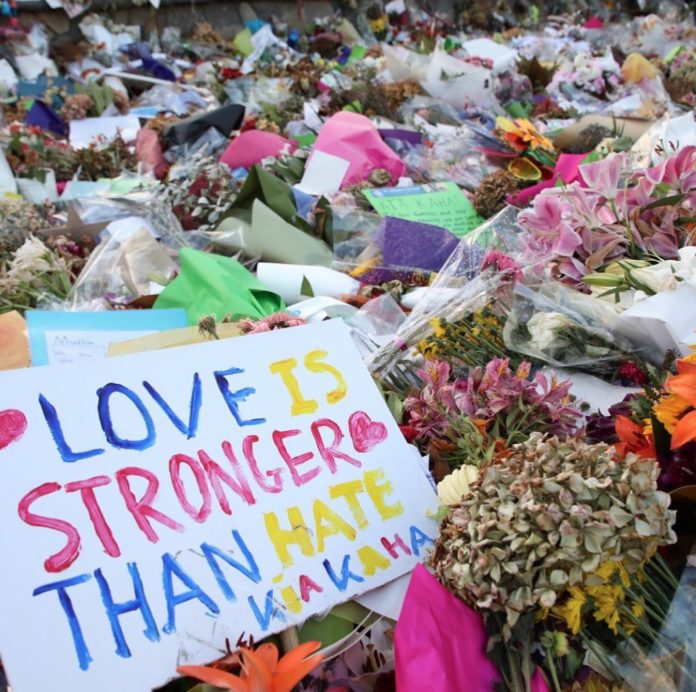 Source: The Conversation (Au and NZ) – By Kris Gledhill, Professor of Law, Auckland University of Technology

Less than a fortnight after the first anniversary of the Christchurch mosque shootings, and on the first day of New Zealand’s four-week COVID-19 lockdown, the Australian man responsible for the attacks has surprised the nation by pleading guilty to all charges.

As well as being guilty of 51 counts of murder and 40 counts of attempted murder, he becomes the first person convicted of terrorism in New Zealand.

Up until now, the accused man – who The Conversation has chosen not to name – had pleaded not guilty to all charges and was due to stand trial from June 2. But the guilty plea means a trial is no longer necessary and the process now moves to the sentencing phase.

Prime Minister Jacinda Ardern said she “let out a massive sigh of relief” when she heard the news of his guilty pleas, and that she expected many New Zealanders would also feel:

a certain sense of relief: that the whole nation, but particularly our Muslim community, are being spared from a trial that could’ve otherwise have acted as a platform.

Nothing will bring their loved ones back. But this is a small reprieve.

But families of victims and the wider New Zealand public look likely to face a long wait before the Australian terrorist is sentenced, as the court processes have been disrupted by the pandemic response. The judge has indicated that sentencing will only take place when all victims who want to attend can be present.

A note released by the judge, Justice Mander, records that the defendant intimated earlier this week that he wished to plead guilty to all charges and then confirmed that in writing.

Criminal courts continue operating for urgent matters during the lockdown and the Christchurch High Court used audio-visual links for the defendant and his lawyers at the change of plea hearing. Only a small number of media representatives and senior members of the Christchurch Muslim community were present.

No date has been fixed for the sentencing hearing – and this is sensible. Justice Mander has asked for reports on the defendant prior to sentencing.

Aside from any difficulties for probation officers preparing their advice to the judge, sentencing hearings also provide an opportunity for victims and families of victims to present victim impact statements.

These are usually presented orally in cases of serious crime. Managing this process would have been difficult in normal circumstances and is now even more complex during a pandemic lockdown, but the judge has made clear he hopes this can happen.

Speaking after the news of the guilty pleas, Police Commissioner Mike Bush said some police staff who were working on the prosecution of the mosque attacker would now be freed up to help with New Zealand’s COVID-19 response.

Read more: Remembering my friend, and why there is no right way to mourn the Christchurch attacks

The maximum sentence for attempted murder is 10 years, but for a terrorist act or murder it is life imprisonment. The Sentencing Act 2002 requires a life sentence for murder unless that would be manifestly unjust. In this case, there is no doubt the defendant will be sentenced to life in prison.

Some countries add various determinate sentences together to make long sentences, possibly of hundreds of years, but this practice is not followed in New Zealand.

But there is a real question for the judge. A life sentence has two parts: there is an outer limit (the rest of the defendant’s life) and a minimum term that has to be served as punishment. If the Parole Board concludes that the risk to the public is low enough, a person can be released once they have served the minimum term – so this is important.

The Sentencing Act requires a minimum term of at least 17 years for a terrorist murder or for murder involving two or more victims. But the judge is required to look at accountability for harm to victims, denunciation, deterrence and protection of the public and decide whether these factors require that no minimum term be set.

There has been no such whole life sentence in New Zealand to date. But I expect Justice Mander will give it serious consideration, notwithstanding the guilty plea, which is often given credit at the sentencing stage.

A prisoner is in the custody of the Department of Corrections. The defendant, an Australian self-declared white supremacist, has been in the highest security category and subject to additional restrictions since his arrest. It will be a long time, if ever, before he is managed outside high-security conditions.

When asked today about deportation, Prime Minister Ardern said it was too soon to make any decisions about the future, and that it was important to let the sentencing process finish first.

But it is generally accepted that the executive can make arrangements on an individual basis in special circumstances. It remains to be seen if the New Zealand and Australian governments make relevant arrangements.

Andrews under fire: why an activist premier’s greatest challenges may yet lie ahead

A COVID-19 vaccine may come without a needle, the latest vaccine to protect without jabbing

Andrews under fire: why an activist premier’s greatest challenges may yet...

A COVID-19 vaccine may come without a needle, the latest vaccine...

A brutal war and rivers poisoned with every rainfall: how one...

Some private schools need to change their models — they were...

Meet the Liveable Income Guarantee: a budget-ready proposal that would prevent...