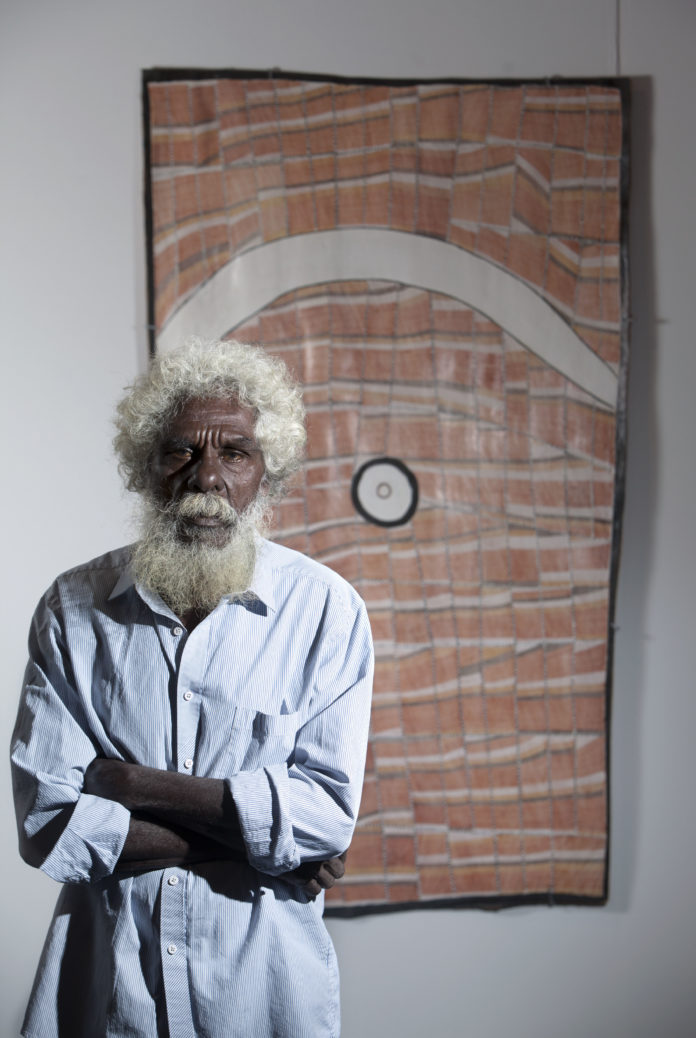 Public health measures to reduce the spread of COVID-19 may be having an unintended effect on remote Indigenous communities.

With the closure of Aboriginal lands to visitors, tourist visits have stopped abruptly along with the income from buying art they provided.

In at least one large community, the art centre that sells the work of several hundred artists has stopped buying because stock levels are extraordinarily high and it has no money to buy.

As well, the anticipated serious downturn in sales in city-based galleries is likely to be passed along the supply-chain, leaving many remote art centres short of funds to buy new work.

The downturn may have begun with the economic slowdown in 2020, but it has been accelerated by COVID-19.

Art sales are (or were) a lifeline

The 2016 census tells us that for the first time on record, more than half the Indigenous people living in very remote Australia were below the poverty line.

Since then, those incomes have plummeted.

The median real personal income of working age Indigenous adults in remote Australia fell by about 20% between 2014–15 and 2018–19 according to our unpublished analysis of Australian Bureau of Statistics’ surveys.

In the same ABS surveys only 30% of very remote households say they would be able to raise A$2000 within a week. About 30% say they have run out of money for basic living expenses at some time within the past 12 months.

When we recently asked whether there was stockpiling (including of toilet paper) in a large remote community in Arnhem Land, we were told there were plentiful supplies of everything. It is hardly surprising. To stockpile, households need cash or credit.

Last year, in expert evidence in a Federal Court case, we estimated that payments to Indigenous artists by just two large art centres — Buku Larrngay in east Arnhem Land, and Warlukurlangu in central Australia — accounted for 15% of the total Aboriginal income in those two regions.

It was directed instead at supporting established mainstream business.

The main thing on offer for individuals was one-off payment of $750 to be delivered from March 31.

Despite the coronavirus risk, the first package offered no relaxation of the onerous obligations under the Community Development Program that require able-bodied people in remote areas to work 20 hours a week in return for Newstart.

Read more: Why are we losing so many Indigenous children to suicide?

It has been estimated that more than 500,000 penalties have been applied under the program in the past four years, further impoverishing already impoverished people and subjecting them to surveillance.

Numbers on the scheme have declined in recent years, in part because they exit the social security system because of its harsh penalty regime, increasing the financial burden on those employed, selling art, or still within the system.

The government’s second stimulus package ought to suspend the labour-intensive but economically wasteful activity and reporting requirements, and redeploy Centrelink staff to registering all eligible people for income support to ensure they have enough cash on hand to purchase the basics.

Australians in remote Indigenous communities are highly vulnerable to COVID-19 because of high levels of diabetes, kidney disease and rheumatic heart disease.

Northern Territory government epidemiologists believe poverty is one of the key drivers of these conditions.

Last year, in a submission to the Senate inquiry into the adequacy of Newstart we argued that it deepens poverty.

Now might be the time to follow the lead of New Zealand which last week permanently increased all benefit payments as part of the response to the coronavirus.

If there is be a silver lining to the current very dark cloud, it might be that after the crisis we will see the point of a guaranteed basic income for remote Indigenous Australians.