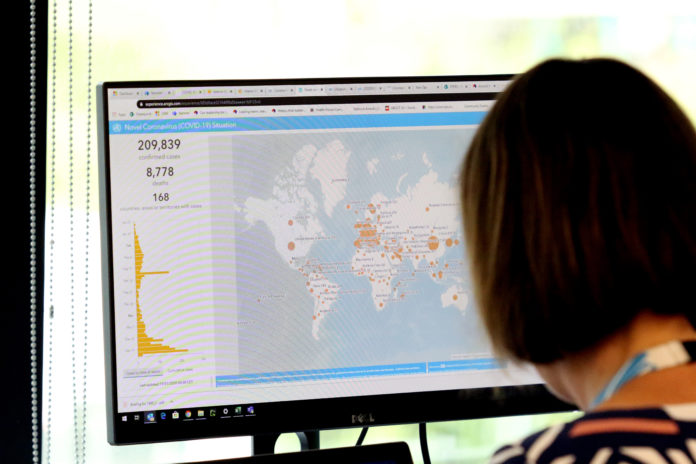 The federal budget will be delayed until October 6, as the demands of dealing with the rapidly moving pandemic and the impossibility of forecasting have made the May timetable impossible.

State budgets will also be pushed back.

As the Morrison government prepares to announce on Sunday its second multi-billion package, which will dwarf last week’s $17.6 billion one, the national cabinet of federal and state leaders on Friday endorsed even tougher rules to limit numbers in non-essential indoor gatherings. Earlier this week these gatherings were limited to fewer than one hundred people.

Under the latest edict, in any given space, density must be kept to no more than one person per four square metres, so they can properly distanced from each other.

This would mean the permitted number in a 100 square metre room would be only 25 people.

Cinemas and theatres will reduce their densities, and some restaurants will be hit.

As the virus spreads, people are being advised to reconsider any unnecessary domestic travel. Scott Morrison said although air travel was considered low risk, “the issue is moving to different parts of the country and potentially large volumes of populations moving around the country”. He noted the conditions Tasmania had put on entry to the state, where non-essential travellers will have to self-isolate for a period, and said “other states may take those decisions for particular parts of their states, and that is entirely appropriate that they may consider doing that”.

With school holidays approaching, the national cabinet – which will meet each Tuesday and Friday – is considering further the travel question and more advice will be given.

Restrictions are being put on travel into and out of indigenous communities, where many residents have compromised health.

The recommendation remains for schools not to be closed.

The national cabinet agreed measures will be put in place by the states for tenants, both commercial and residential, where there is hardship, for rent relief and protection.

“All Australians are going to be making sacrifices obviously, in the months ahead, and everyone does have that role to play, and that will include landlords … for people who are enduring real hardship,” Morrison said.

The national cabinet has asked for advice on dealing with localised outbreaks of COVID-19, which would require more severe restrictions in the area affected.

Morrison said the second economic package would focus on small and medium sized businesses, and sole traders, as well as giving the income support that would be needed by those most directly hit by the economic downturn caused by the coronavirus. The cabinet expenditure review committee went through the package late Friday.

Earlier, the banks announced loan relief for small business which needed assistance because of the impact of COVID-19.

Australian Banking Association CEO Anna Bligh said “banks are already reaching out to their customers to offer assistance and packages will start rolling out in full on Monday”.

Treasurer Josh Frydenberg said the banks’ decision “to defer payments by small businesses for six months will be a substantial boost to confidence and the spirit of millions of Australian small businesses. It’s a game changer.”

The government is also cutting red tape affecting lending to small business. “It’s critical that businesses not just have access to capital, but the speed at which that capital is delivered by the banks is as fast as possible,” Frydenberg said.