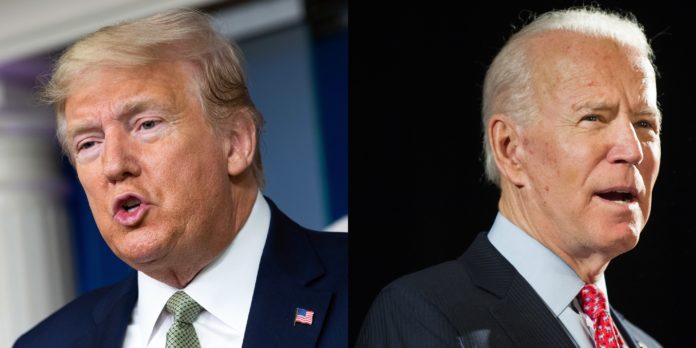 Source: The Conversation (Au and NZ) – By Brendon O’Connor, Associate Professor in American Politics at the United States Studies Centre, University of Sydney

This is the age of the septuagenarian in US politics. The president is 73. His likely opponent in November’s election is 77. Even if Joe Biden is not the Democratic nominee, the other option is 78-year-old Bernie Sanders.

House of Representatives Speaker Nancy Pelosi is 79. Senate Leader Mitch McConnell is 78. Some of us are missing the “millennium”-style campaigning of the relatively youthful Elizabeth Warren, who is a mere 70, but no longer in the presidential race.

These are the leading voices and policymakers in America as coronavirus sweeps across the world. Where they get the energy to do what they do in politics is a constant source of amazement. However, coronavirus is likely to slow them all down in various ways.

The most obvious point to make is coronavirus is not just career-threatening for these politicians, it is potentially life-threatening. It is a virus most dangerous to the elderly and those who meet lots of people from a variety of countries.

Politicians being particularly in the firing line of viruses is nothing new. In 1918, the Spanish flu pandemic infected President Woodrow Wilson and his daughter Margaret, as well as the White House sheep.

Read more: View from The Hill: Coronavirus hits at the heart of Morrison’s government, with Peter Dutton infected

The spread of the coronavirus must have every American politician worried. How do you lead while engaging in social distancing? Will it mean that texting, email and Twitter are likely to become even more prominent elements of American political life?

How long the coronavirus will affect campaigning is hard to predict. What is apparent is that political rallies will halt for the foreseeable future and debates will occur without an audience, as the Sanders v Biden debate did this week. Virtual rallies and Franklin Roosevelt-style fireside chat podcasts, instead of radio broadcasts, have quickly replaced traditional campaign events.

As for voting, Washington state recently showed in its primary that relying entirely on postal voting can work, although the results take a few days to be fully counted.

Still, the potential for the coronavirus pandemic to disrupt the presidential election is great. Depending on how the virus spreads, we may see much greater use of the mail.

This clearly has benefits. It will allow the election to proceed, protect the elderly who do not have to turn up to polls, and may even encourage greater participation. The downsides are obviously that results may be delayed, there could be complications getting ballot papers to more vulnerable citizens in difficult locations, and additional financial costs may be incurred.

Given that America managed to hold an election during the civil war in 1864, and the alternatives available in an age where technology is much more advanced, it is difficult to imagine any postponement of the election in 2020. Some commentators have expressed these concerns, but they tend to be driven by suspicion about Trump’s commitment to the democratic process.

Nonetheless, we are in uncharted territory. The possibility that one of the candidates might contract the illness in the lead-up to the election would certainly throw a big spanner in the works.

Read more: Will coronavirus damage Trump in the US general election? And Morrison’s ratings improve in Newspoll

One thing is beyond doubt. Organisers will have to move fast. Recent Democratic primary voting in Arizona, Florida and Illinois has been marked by stories of chaos and confusion – election officials not turning up, some voting locations closing down, and an absence of disinfectants.

Growing voter frustration and disenchantment with the democratic process are sure to follow if additional measures are not put in place to prepare for all eventualities.

The impact of Trump’s poor handling thus far of the coronavirus crisis on his re-election chances is hard to know, because so much potential misery and disruption is still ahead of us.

We should choose politicians we think will handle national emergencies and crises well. We certainly punish them if they don’t. George W. Bush’s popularity never recovered from his incompetent response to Hurricane Katrina (and his administration’s poor planning for such a possible natural disaster).

In contrast, the very effective handling of the coronavirus by Taiwanese President Tsai Ing-wen has significantly increased her popularity.

One of Hillary Clinton’s best attack lines against Trump was he was not fit to be America’s leader in a crisis. She was right, and Americans will suffer because this basic reality was ignored.

In 2014, when the Obama administration supervised the successful treatment of two Americans who had contracted Ebola, Trump tweeted: “Stop the EBOLA patients from entering the U.S. … THE UNITED STATES HAS ENOUGH PROBLEMS!” He went on to call for a ban on flights from West Africa.

All of this was ill-informed, conspiratorial and xenophobic. Six years on, he is leading US efforts to confront the coronavirus and his response to COVID-19 has been classic Trump: ill-considered and self-congratulatory. Despite the very low rates of testing in the US, the president never tires of saying what an outstanding job he is doing.

The key question is: will his loyal supporters tire of Trump’s incompetence if they feel exposed by it?

Whether American democracy will pass this test is far from clear. For a variety of reasons, Trump’s democratic credentials are rightly considered suspect. There is less faith today in democracy’s key institutions and the coronavirus is testing the character of all citizens around the world. There will likely be difficult days ahead.

– ref. Coronavirus may end up being a major player in the US presidential election – https://theconversation.com/coronavirus-may-end-up-being-a-major-player-in-the-us-presidential-election-133759