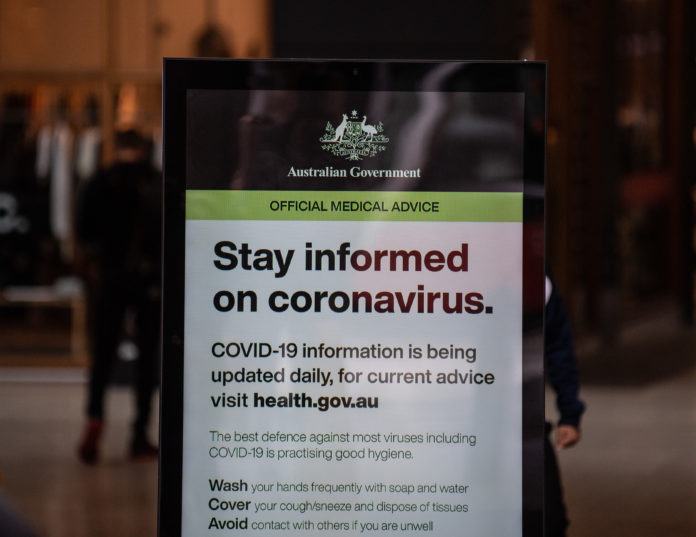 A pared-down parliament will aim to pass the government’s stimulus package in a single day’s sitting on Monday.

As a third federal parliamentarian tested positive for coronavirus, the government and opposition agreed to pair 30 a side from the 151 House of Representatives members. The Senate will also be reduced.

Members with personal or family health issues will be the first off the list of attendees, followed by those who live furthest away. Staff travelling from interstate will be kept to a minimum.

If complications arise the sitting – originally scheduled for four days – might have to extend to a second day but both sides want to avoid that.

Bragg contracted the disease at a March 6 wedding where multiple guests were infected. Bragg chaired a Senate committee on March 9. Senate crossbencher Rex Patrick, one of those present at the inquiry, said he had no symptoms but was going into self-isolation and would get tested.

Foreign affairs late Tuesday issued advice to Australians abroad that if they want to come home, they should do so now. “If you’re already overseas and wish to return to Australia, we recommend you do so as soon as possible by commercial means.”

Against the background of increasingly disastrous news from the business community and more chaos in supermarkets, Scott Morrison and his senior ministers are working at full speed on the new support measures to be added to last week’s $17.6 billion package.

The NSW government unveiled a $2.3 billion package including health measures and tax relief for small business.

With travel to and from overseas drying up and local air travel drastically reduced as events are cancelled and businesses ground their employees, Qantas announced it was cutting 90% of its international capacity and 60% of its domestic capacity.

The government is now being blunt about the devastating economic consequences of the virus crisis.

Finance Minister Mathias Cormann, who usually puts an upbeat interpreation on everything, said:

“The impact is clearly getting more severe. We expect that businesses will close and people will lose their jobs. We are currently working to provide the necessary support through what will be a difficult transition. That is the grim reality of it.”

Cormann said tourism and hospitality sectors were “very much on the front line”, while also pointing to the difficulties of the not-for-profit sector.

“There are a whole series of Australians at the lower income end that are facing particular challenges,” he said. These people would need “appropriate levels of support”.

Cormann said the government was considering “to what extent we might be able to channel those workers who have less work for a company like Qantas, but might be able to do more work for companies like Coles and Woolworths”.

The government announced expanded telehealth services. They will now cover midwives, access to more GPs, and a range of specialist services including general surgeons, psychiatrists and mental health support, and geriatricians.

Read more: View from The Hill: Government forced to “scale up” fiscal response to deal with impact of “scaled up” health response

Health Minister Greg Hunt also said 230,000 new masks had just arrived in Australia and flagged an expansion of testing. He said he had had discussions with the Doherty Institute about new testing regimes, so “we can expand beyond the individual tests”.

“They are looking at ways of expediting the testing process, and, indeed, some significant new mass testing processes over and above what we’re doing.”