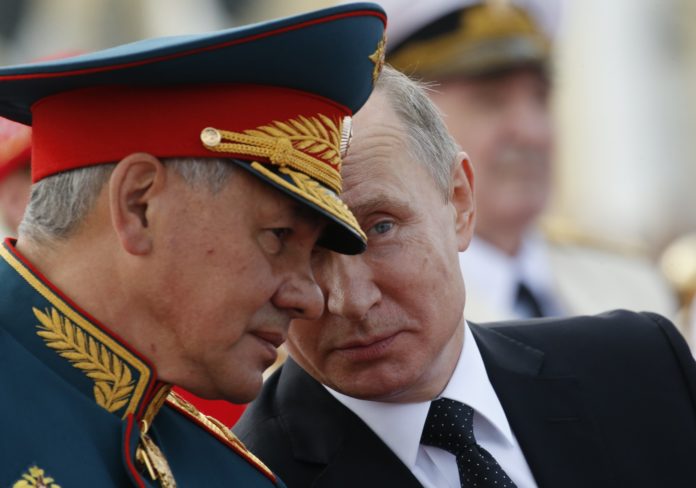 It should be taken as a given that Russian President Vladimir Putin is a master of ambiguity and strategic surprise.

After the Russian government resigned and Putin proposed amendments to the constitution in January, the Russian leader spent a great deal of time rebuffing claims he would try to run for president again when his fourth term in office was up in March 2024.

But this week, he did not back away from a proposal by Valentina Tereshkova – a trusted supporter and one of the most respected women in Russian politics – to change the constitution to reset Putin’s presidential terms to zero. This would legally allow him to run for the presidency again (and potentially a second consecutive term), thereby extending his reign past 2024 for another 12 years.

He has stayed in power longer than any other elected Russian head of state and still maintains strong approval ratings. However, the Russian public’s trust of Putin hit a six-year low last month, dropping sharply to just 35% in January.

Putin likely did not make this latest move in response to declining public trust. Rather, the proposed change to the constitution, which must still be approved by Russia’s Constitutional Court and a nationwide referendum, can be explained by three other major factors.

The move to signal possibly staying in power may be driven by the immediate need to offer some support to the volatile Russian markets, which plummeted following the collapse of talks between Russia and OPEC over oil production cuts.

The logic is simple: by indicating he may be staying on, Putin is trying to reassure investors that Russia is unlikely to slide back into internal political turmoil after almost two decades of relative calm under his continuous rule.

The Russian stock exchange improved immediately after the proposed constitutional change was announced and the ruble recovered some lost ground to major foreign currencies. However, this may prove to be just temporary relief.

No political heir in sight

This week’s announcement may also be an indication of a more serious challenge for Putin – identifying his political successor.

Even as public trust in Putin has declined in recent years, it’s even lower for his political allies, such as former Prime Minister Dmitry Medvedev (5% in January 2020), current Prime Minister Mikhail Mishustin (3%), head of the Russian Federal Assembly Valentina Matvienko (2%) and Moscow mayor Sergey Sobyanin (2%).

The only person the Russians seem to trust (besides Putin) is Defence Minister Sergey Shoygu, who garnered 19% in the January poll.

Shoygu is perhaps Putin’s most loyal ally in his inner circle and could be a potential heir, but it seems he has no ambition for the top job.

Another effect of Putin’s 20 years in power is that the Russian electorate does not see any viable alternative to the current president.

For most Russians, Putin is associated with the country’s rise as a great power, the revival of its military might and the stabilisation of the economy compared with the volatility of the 1990s. He’s also overseen a considerable decline in the risk of terrorist threats in the country.

There is a whole new generation of Russian voters who grew up in a country run only by Putin. Not all support Putin, but many young people are his biggest fans.

Russia’s first president, Boris Yeltsin, once faced fierce political opposition in the Duma, the Russian parliament. But under Putin, the parliamentary opposition currently represented by the Communist Party, A Just Russia (a leftist party) and the liberal democrats has lost much of its support to the pro-Putin centrist and nationalist coalition of the United Russia party and the People’s Front movement.

Russia’s real liberal opposition is a lost cause. The most charismatic and trusted opposition figure in Russia, Alexey Navalny, has launched many anti-corruption investigations into figures in Putin’s party, yet his popular support base remains pitifully low. The same political trust poll by the independent Levada Centre shows Navalny at no more than 3% from 2017-20.

The real problem of Russia’s liberal opposition is its continuous failure to engage the vast majority of the conservative Russian electorate. This, combined with its simultaneous courting of both big business and the small, underdeveloped middle class, as well as select intelligentsia, does more damage to its public reputation than the Kremlin’s oppressive measures.

As such, the Russian electorate is stuck with practically no alternative. On one hand, they want change and recognise Putin is no longer the most effective problem solver. On the other hand, they don’t see anyone else who is as experienced, trustworthy and capable of running the country as Putin.

Being both a populist and pragmatist, Putin has positioned himself well. Putin the populist gives Russians hope by addressing their anxiety over who could lead the country after him. Putin the pragmatist understands that his reputation in the eyes of ordinary Russians, while remaining strong, is nonetheless fading away.

Perhaps most critically, Putin remains a master of evasiveness, and his announcement this week left enough room for him to make a final decision on standing for another term closer to the 2024 election.

Putin’s love of power is balanced by his ambition to be remembered as yet another saviour of Russia. He will go for another term only if he feels confident he can deliver another success story. Failure is not an option for a strong, ambitious personality like Vladimir Putin.