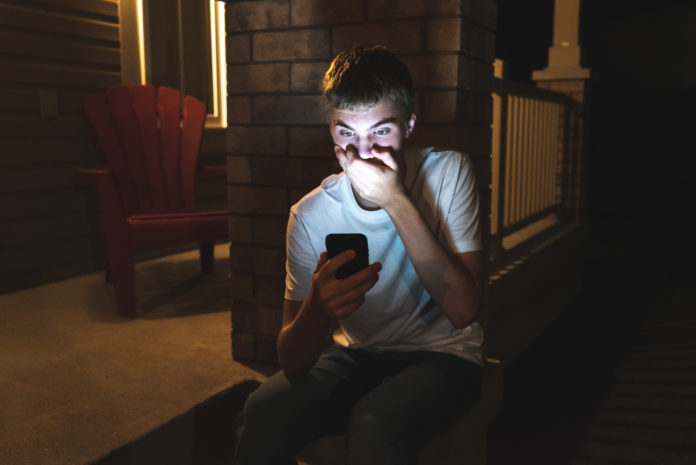 Source: The Conversation (Au and NZ) – By Signe Ravn, Senior lecturer in Sociology, University of Melbourne

Concern about the popularity of “sexting” – the sending and receiving of sexually explicit text messages and photographs – among young people has been a frequent point of discussion in recent years.

The media and some academic studies often draw attention to issues of risk, danger, and the often-gendered negative outcomes of sexting.

These include concerns sexting can lead to sexual harassment, such as receiving unwanted “dick pics” and pressures for women, in particular, to send their own nude images.

Read more: Bringing pleasure into the discussion about sexting among teens

Another frequently mentioned concern is the potential legal implications of possessing or circulating such images electronically.

Such negative consequences are serious and need our attention. However, this focus is often at the expense of a more nuanced understanding of sexting and how it is part of young people’s lives.

Our own sociological research, drawing on ten focus groups of undergraduate male students in Melbourne, provides some important insights into this.

Our study differs from previous studies on sexting in a couple of ways.

First, our sample of participants was slightly older (aged 18-22) than those in other studies. Furthermore, all our participants were men, which may seem somewhat unusual. But this group is very rarely heard in research on this topic and we need to understand how young men view sexting if we are to address the negative consequences mentioned above.

As in other studies, one of our most important findings is that sexting is a normalised part of young people’s romantic and sexual lives.

Among our participants, who all had some experience with romantic relationships, sexting is a way of flirting and forming new relationships, as well as developing an ongoing relationship with an existing partner.

Sexting was also clearly distinct from harassment, which for our participants was characterised by one-way communication and the crossing of boundaries. In contrast, sexting was almost uniformly understood as reliant on consent and mutuality.

As one participant said,

And in another focus group, a participant described why consent is important:

Well yeah, because [then] you know where the other person stands. Otherwise, you could definitely say that it’s harassment. I would genuinely class it as sexual harassment.

These are positive findings and suggest notions of respect and mutual engagement are paramount to young people who engage in sexting.

Not wanting to be seen as a ‘creep’

There are several more complex points to unpack, though. Our participants repeatedly mentioned the importance of not “crossing the line” when sexting. This means not transgressing the boundaries of the other person and making sure the sexting is an “escalating, mutual thing”, as another participant said.

However, participants also described an element of self-interest in moderating one’s behaviour while sexting. The following quote from a focus group discussion illustrates some of these complexities (names are pseudonyms):

Moderator: But why would you stop? If you feel the other person is uncomfortable?

Matt: You don’t want to be seen as weird.

Tim: You don’t want to creep them out.

Liam: Well, given that you’re trying to get some sort of sexual connection with this person, you wouldn’t want to compromise your chances further, by having them think that you’re some massive creep.

Karl: Or compromise your chances with other people.

Liam: Yeah, true, because they could pass on that information.

So, while making sure to not “cross the line” is partly based on respect for the other person, it would also be detrimental to building a “sexual connection” with that person, or with others in the future.

Why asking for consent can ‘ruin the vibe’

Our research also highlighted the gendered differences and double standards at play in sexting, as depicted from the perspectives of the young men.

Pictures of young women’s bodies and body parts (breasts, vaginas) were seen as having more value, and being in higher demand, than men’s body parts. But women were also seen to be exposed to greater risks than men when engaging in sexting, including the risk of “slut shaming”.

This is in line with what international studies have found.

While our participants were often aware of these gendered differences in terms of how “sexts” from men and women are perceived, this was seen as a problem at societal level and not something they could change.

As a result, it did not mean that they stopped sexting. In that sense, sexting can be seen as involving greater risks for women than men.

Our participants were generally aware of the need, and benefits, of asking for consent before sending a sext. But they also described how this was difficult, because explicitly asking for consent would either “ruin the vibe” or reveal their lack of expertise in sexting.

Indeed, our participants described an almost mythological belief that every young person knows how to sext, which they felt was far from their own reality. Learning how to sext was “learning by doing”, on your own and without advice from others.

Similarly, establishing consent had to happen in subtle ways. As a result, they mentioned feeling insecure and often nervous about sexting “well”.

Sexting is a normalised part of contemporary young lives. Because of this, learning the “skills” of appropriate and respectful sexting is something that should be part of the sex education curriculum in schools.

Rather than trying to tell students to simply abstain from sexting, we should support them to do it in respectful ways.

Translating the findings of this research into tangible strategies in sex education is an important task for educators. By assisting young people to “sext” in appropriate ways, for instance by identifying alternative ways of establishing consent and avoiding “victim-blaming”, we can take one step towards destigmatising the practice.