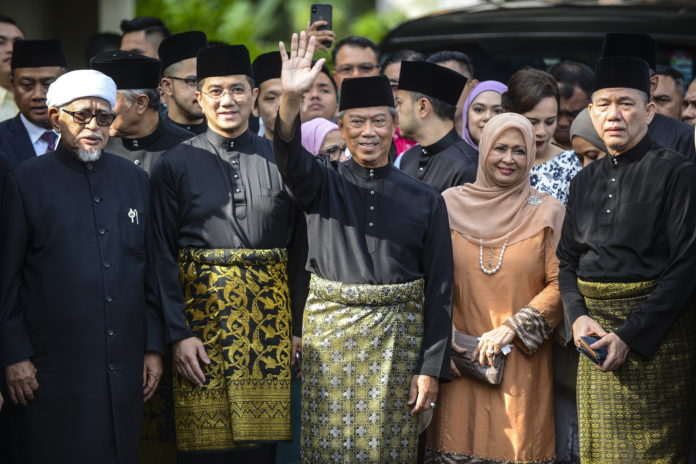 Source: The Conversation (Au and NZ) – By James Chin, Professor of Asian Studies, University of Tasmania

Muhyiddin Yassin has been sworn in as the new prime minister of Malaysia. Many people were surprised because 94-year-old Mahathir Mohammad, the oldest prime minister in the world, was widely expected to be reappointed for a third time.

Muhyiddin outfoxed the wily Mahathir, because Mahathir made two fatal errors. First, he had resigned, thus creating a vacancy. Second, he made a miscalculation about the king’s discretion. The Malaysian king appoints a person he thinks can command the majority in parliament – it has nothing to do with election results or how many MPs support you. In Australia, it’s called the “captain’s pick”.

The king picked Muhyiddin over Mahathir, and that’s that. The only way now to remove the new government is via a vote of no-confidence in parliament, which will take months.

UMNO and PAS were the defeated parties in the historic 2018 general elections that produced Malaysia’s first regime change since independence. UMNO had been the ruling party for nearly six decades before losing to PPBM and Pakatan Harapan (Alliance of Hope). Mahathir had established PPBM specifically to beat UMNO, and almost the entire PPBM leadership was ex-UMNO.

Read more: Mahathir Mohamad crops up again in bid to lead Malaysia – with Anwar on the same side

So now we have an interesting combination. UMNO and PPBM are essentially the same parties with similar ideologies, Malay nationalism, combined with PAS, which wants to turn Malaysia into an Islamic state.

But what about the non-Malay and non-Muslim Malaysians who make up 38% of the population? Don’t they count?

The short answer is no. While the new administration will appoint a few non-Malays to the administration, make no mistake, this is an all-Malay government and its focus is on the Malay and Muslim community.

UMNO is still sore at the Malaysian Chinese and Indian population for voting en bloc against UMNO in 2018, which led it to lose government. Now it’s payback time. Expect more Malay-centric policies that will punish the Chinese and Indians.

Why are people worried?

Many are worried about the direction Malaysia may be heading in the short term.

First, there is concern that corruption trials relating to the infamous 1MDB scandal involving ex-prime minister Najib Razak may now go nowhere. Najib’s wife is also charged with corruption in a different case, along with several other ministers in the last UMNO-led government.

In fact, the UMNO president, Zahid Hamidi, who is facing 47 charges of money-laundering (the legal term for corrupt money), is trying to get a cabinet post in the new Muhyiddin administration. The attorney-general has resigned and his replacement will probably not go after high-profile UMNO individuals now that UMNO is back in government.

High-level corruption was one of the main reasons UMNO was defeated in 2018 and UMNO has not reformed. Now it’s back in government, most people expect “business as usual”. There is credible fear that Muhyiddin cannot stand up to UMNO as UMNO is now the largest party among the three core parties. UMNO and PAS also have a political pact, which means PPBM will definitely not be able to stop the senior coalition partner if it insists on certain public policy.

Read more: What Najib Razak’s corruption trial means for Malaysia – and the region

Second, people are extremely worried about PAS. Since its founding in 1951, PAS has advocated the idea of turning Malaysia into an Islamic state. It has introduced huhud (Shariah) law at the state level in Kelantan and Terengganu, but cannot enforce the law because it conflicts with Malaysia’s federal constitution.

Now that PAS is one of the troika in power, will PAS push the new administration to amend the constitution? There is already talk that PAS will get the government to amend the Syariah Courts (Criminal Jurisdiction) Act, or RUU355. This will indirectly allow for hudud to be implemented.

Third, and perhaps most worrying, the new government has broken the political convention that it always has a significant number of non-Malay voices to represent the diverse population. This government was built purely on the concept of ketuanan Melayu Islam (Malay Islamic supremacy). Non-Malays to be appointed to the new administration will know exactly where they stand – as window dressing.

Where to now for Malaysia?

Despite its racial and religious tensions, Malaysia has always been seen by the international community as a modern, moderate Islamic country with strong Westminster institutions. It was always understood that the political elite would choose the middle path at the end of the day, no matter how heated the politics became.

This may no longer be the case.

If there is a lesson to be learnt here, it is that regime change does not guarantee progress. In May 2018, there was joy that Malaysia had finally joined the club of newly democratising countries via the ballot box. Almost two years down the road we are seeing a complete reversal via an elite game.

If there is one thing about Southeast Asia, it is that the votes of the ordinary people do not matter when it comes to power games. Power here is a zero-sum game and, in this case, the non-Malays and non-Muslims in Malaysia are the losers.

– ref. Malaysia takes a turn to the right, and many of its people are worried – https://theconversation.com/malaysia-takes-a-turn-to-the-right-and-many-of-its-people-are-worried-132865