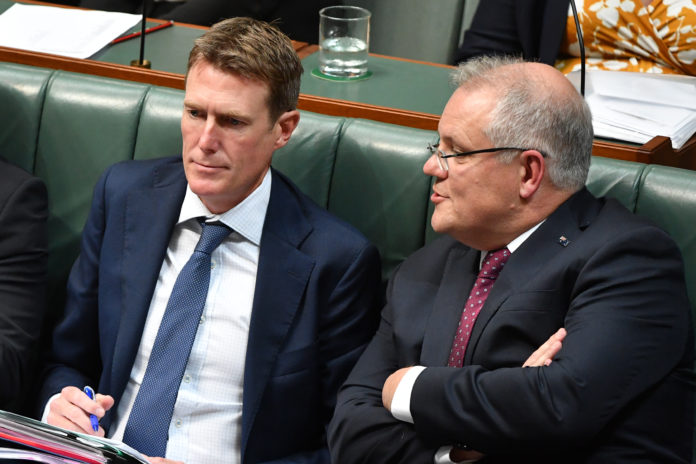 The Australian government has announced its intention to use powers under the Biosecurity Act, if needed, in response to the coronavirus outbreak. Attorney-General Christian Porter has described these powers as “strange and foreign to many Australians”, but potentially necessary in the face of a pandemic.

Read more: We’re in danger of drowning in a coronavirus ‘infodemic’. Here’s how we can cut through the noise

The 2015 Biosecurity Act aims to manage biosecurity threats to human, animal and plant health. In the context of coronavirus (COVID-19), a biosecurity risk under this legislation would be defined as:

What powers could the government exercise?

The Biosecurity Act is a mammoth piece of legislation, comprising 11 chapters and 645 sections. It is framed in terms that deliver extensive powers to relevant officers. The attorney-general is correct in saying these powers will seem very foreign to many members of the Australian community.

The director of human biosecurity, in consultation with chief health officers in the states and territories, may determine that a disease is a “listed human disease”. COVID-19 has been listed as such a disease, as it is communicable and may cause significant harm to human health.

People with listed diseases may be subject to “human biosecurity control orders”. Control orders can require people, among other things, to:

If a person does not consent to a control order, the director may require them to comply. In some cases, if they refuse, a person may be detained by police.

A person who fails to comply with a control order or escapes from detention could be charged with a criminal offence. Under the act, these offences carry penalties ranging up to imprisonment for five years.

The director may also designate “human health response zones”. This may result in restrictions on entering or leaving a particular area. Failure to comply may incur a fine.

Chapter 8 of the Biosecurity Act sets out circumstances in which the governor-general may declare a “human biosecurity emergency”. Sweeping powers are then available to the health minister.

During a human biosecurity emergency period, the Health Minister may determine any requirement that he or she is satisfied is necessary:

a) to prevent or control…

This power includes, but is not limited to, imposing requirements on:

Criminal and civil penalties can also apply to people who refuse to comply with requirements under such emergency powers.

In practice, the health minister or delegated officials could require the closure of premises such as shopping centres or sporting facilities. The potential restrictions could have a far-reaching impact on people’s daily lives.

Coercive powers and the community

Such powers, including civil and even criminal penalties, are not uncommon globally. Other countries have similar laws for the purpose of containing the spread of communicable diseases. For example, in Singapore the police can enforce quarantine-related measures.

In China, where the COVID-19 outbreak originated, some infected people are facing police investigation for failing to avoid contact with other people. Indeed, some have been charged with the crime of endangering public security. Penalties for conviction could be very severe, ranging up to life imprisonment or even the death penalty.

To avoid the abuse of such powers, the Chinese Supreme Court has recently warned against the strict application of endangering public security charges in relation to pandemic control measures.

Concerns will certainly be raised in Australia about the exercise of special and emergency powers. The attorney-general is clearly aware of this. He has said the more extreme powers would be used only as a “last resort”. Yet he has also confirmed that biosecurity powers are very likely to be used on a large scale.

The Department of Agriculture, Water and the Environment is the frontline agency administering the Biosecurity Act. Its website aims to engage Australian citizens with their responsibilities to protect Australia’s biosecurity.

The Biosecurity Act sets out extensive provisions with the apparent aim of ensuring special powers only be exercised where warranted and for the shortest possible time. It also provides for judicial review of certain decisions under the act. Lay people may find it quite challenging, though, to interpret their rights under the act when faced with the imposition of a coercive measure.

Read more: Is the coronavirus a pandemic, and does that matter? 4 questions answered

Many Australians may be tolerant of special governmental powers if they see such intervention as essential to protect everyone’s health. The community is undoubtedly being inundated with information about the COVID-19 outbreak from government and media sources.

On the other hand, some people may be tempted to resist coercive powers that interfere with their personal liberty. The president of the Law Council, Pauline Wright, notes that the powers under the Biosecurity Act can be exercised against a person even where the relevant officer does not know or reasonably suspect the person is infected with coronavirus.

It will be crucial for government officers to be cautious in their use of special powers. They must seek to balance legitimate efforts to protect public health with individuals’ rights to liberty and due process.

– ref. Explainer: what are the Australian government’s powers to quarantine people in a coronavirus outbreak? – https://theconversation.com/explainer-what-are-the-australian-governments-powers-to-quarantine-people-in-a-coronavirus-outbreak-132877