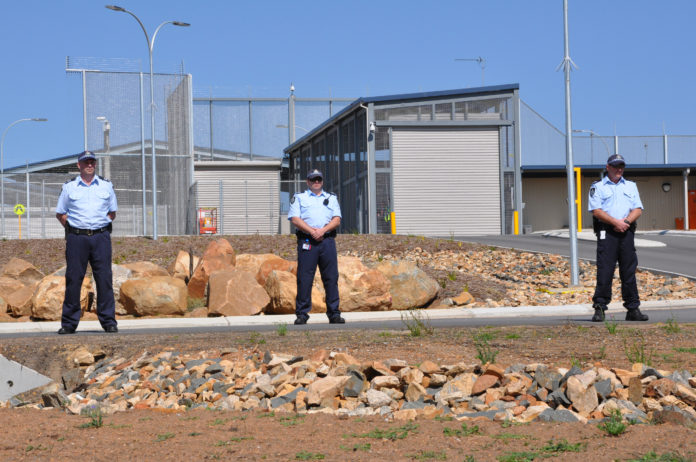 Source: The Conversation (Au and NZ) – By Michelle Peterie, Research Fellow, The University of Queensland

Between July 2018 and August 2019, the Home Affairs Department spent A$6.1m flying refugees, asylum seekers and other immigration detainees around Australia.

Details of these and other expenses have led Labor to ask why minister Peter Dutton’s departmental costs continue to rise. Given revelations the government spent $26.8 million reopening Christmas Island detention centre to hold a single family last year, this is a pressing question.

Read more: How the Biloela Tamil family deportation case highlights the failures of our refugee system

Yet deeper questions about what these relocations involve and how they affect detainees and their supporters have been largely ignored. As a researcher studying immigration detention, I can attest forced relocations impose profound human costs.

Over the past five years, I have conducted over 70 interviews with regular visitors to Australia’s onshore immigration detention centres. Speaking with volunteers and advocates, as well as detainees’ friends and family members, I have collected witness accounts of conditions and practices within the system. A constant theme in these interviews has been the harm caused by involuntary transfers.

How many forced transfers are occurring

When we think of immigration detention centres, we often imagine places of confinement. This is accurate, but it is not the full picture.

Refugees and asylum seekers in Australia’s onshore detention system are held in prison-like facilities on the outskirts of our capital cities or – in the case of Christmas Island and Yongah Hill in Western Australia – in remote parts of the country.

In December 2019, there were at least 504 refugees and asylum seekers within the system, as well as hundreds of other immigration detainees, including those about to be deported. Detention can last months or even years.

Read more: How people in immigration detention try to cope with life in limbo

As monotonous as detention can be, detainees are not allowed to become comfortable. Between July 2017 and May 2019, there were 8,000 involuntary movements within the system. Some of these were deportations, but others were forced transfers between facilities.

Detainees are rarely given an explanation when they are moved. The opacity of the practice is undoubtedly one of its concerning aspects, and has been criticised by the Australian Human Rights Commission (AHRC). In a report last year, the commission recommended that when a relocation occurs

the department and facility staff should ensure as far as possible that the person […] receives a clear explanation of the reasons for the transfer.

Participants in my study stressed the secrecy of relocations. Detainees were typically moved with minimal warning or explanation. At times they knew a transfer was pending, but they were often moved with just a few hours’ notice.

In some instances, the staff woke detainees up and gave them minutes to collect their belongings. As one regular visitor to Yongah Hill Detention Centre described it,

It was always early in the morning – you’ve got 10 minutes to pack your bags. And they would lose things. They were always in such a hurry. It was made to be traumatic for them.

Confronted with what a visitor to the Brisbane Immigration Transit Accommodation described as “the sheer, random cruelty of it”, detainees felt their vulnerability. So, too, did those left behind.

There’s constantly distressing scenes as one family or another is being dragged away to be put on a plane with very little notice. And it’s so upsetting for all the other refugees […] that they’re seeing people get hauled off and people are crying and begging […] You never know if it’s going to be you tomorrow morning.

The AHRC has documented the “excessive” use of restraints during transfers. Just in the last fortnight, the Commonwealth Ombudsman observed that handcuffs had become “accepted transfer practice” during transport operations.

In his recommendations, the ombudsman advised

the Aviation Transport Security Regulations [to] restrict the use of mechanical restraints to circumstances where there is a genuine risk to the safety of the aircraft that cannot be mitigated by any other option.

The human costs of forced relocations

Beyond the stress of the transfer process, relocations separate detainees from support networks within the facilities, as well as friends, advocates, doctors and lawyers in the community. As a regular visitor to Melbourne Immigration Transit Accommodation explained, the relocation experience is one of loss.

They might put down roots and get a few mates where they are, but when they move they lose those bonds that they’ve developed. If they’re getting any medical help they lose that contact with that medical care, their ability to learn English gets less.

Interstate transfers are particularly devastating for people with families in the community. Partners and children without social or financial resources in Australia can rarely travel to visit loved ones.

Read more: Explainer: how Australia decides who is a genuine refugee

The despair caused by relocations is perhaps best exemplified by stories I heard of detainees self-harming immediately before or after a transfer.

These testimonies accord with previous research at Victoria University that has found a link between forced relocations and self-harm in immigration detention facilities. Forced transfers, this researcher found, are among a number of “precipitating factors or triggers for self-harm” in both immigration detention and prison settings.

The practice of moving detainees around Australia’s immigration detention network is doubly unjustifiable on economic and humanitarian grounds. A consistent finding from my research is that forced relocations cause harm. They harm detainees, and they harm the people who love and support them.

As a country, we can find better ways to spend taxpayer money.

– ref. ‘People are crying and begging’: the human cost of forced relocations in immigration detention – https://theconversation.com/people-are-crying-and-begging-the-human-cost-of-forced-relocations-in-immigration-detention-132193