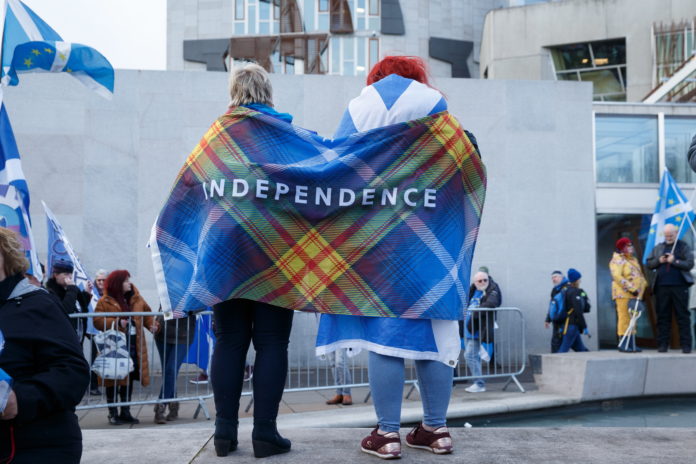 Source: The Conversation (Au and NZ) – By Simon Tormey, Professor of Politics, University of Bristol

Of the many issues thrown up by Brexit, one of the most pressing is the territorial integrity of the United Kingdom. Brexit was in large measure a revolt by a certain section of English and Welsh opinion against transnational elites, immigration and imagined loss of identity. Scotland and Northern Ireland voted to remain.

The Brexit vote reinforced the sense that the “interests of the UK” is a proxy for the interests of numerically larger England over other parts of the union. Surely Scotland, with its strong sense of national identity and separateness, would seek to challenge the union and return to the warm embrace of the European Union at the earliest opportunity?

This sentiment was further reinforced by the recent success in elections of the pro-EU Scottish National Party (SNP) led by Nicola Sturgeon. The SNP demolished the opposition in the 2019 election, winning 48 out of 59 possible seats.

Read more: The Brexit mess could lead to a break-up of a no longer United Kingdom

With Boris Johnson sweeping to power as UK prime minister on the back of a breakthrough in the Midlands and northern England (the “Red Wall”), the scene was set for a showdown over the issue of another referendum on Scottish independence. Some even speculated we would see a Catalonia-style challenge to the authority of Westminster. So what is the state of play, and what is likely to happen?

Recent opinion polls demonstrate growing support for Scottish independence, which has tipped past 50% of the electorate. More Scots now favour independence than at any time in recent history. In the 2014 referendum, the vote was 45-55 against independence.

But the fact that support for independence is growing doesn’t mean there is a consensus on when a new vote on the issue should take place. This is proving a key consideration.

While there is some support for a poll as soon as one can be organised, others want to wait for next year’s elections to the Scottish parliament to be held first. Still others feel the timing is not right and that clarification is needed on the nature of the UK’s future relationship with the EU, which has yet to be resolved.

Scottish independence is an urgent matter for some, particularly for nationalists, but is much less so for others, particularly remainers who may otherwise have been lukewarm on independence. This exposes a key faultline in the independence constituency itself: some want independence whatever the cost, the commitment of others to the cause might somewhat rest on the prospect of economic benefits for Scotland, which they may feel EU membership would offer.

All this poses a headache for Sturgeon. Does she seek a showdown with Johnson now, but at the risk of losing that part of her support that doesn’t want an immediate poll? Or does she wait until the middle of 2021, when an election might return yet more SNP members to the Scottish parliament, adding legitimacy for a vote on independence – but at the risk of a loss of momentum?

In addition to the vexed question of timing is the nature of the regime in Westminster. The SNP is a left-of-centre party, drawing support from those who wish to see increased funding for social services, housing and education.

Normally, the SNP would find itself in ideological opposition to a centre-right Conservative administration in Westminster. But part of Johnson’s election strategy was to promise to spend big on infrastructure across the UK. There is even talk of a bridge between Northern Ireland and Scotland.

With the promise of such largesse, the feeling lingers that Scotland does quite well out of its partnership with Westminster. This is an intentional strategy on Johnson’s behalf. The calculation is that by using the superior resources available to him he can undermine the case for Scottish independence, which without EU support is likely to result in an economic hit to the Scottish economy. Vote for independence, in other words, and Scots will be poorer.

This is, as the Scots might say, a canny strategy. It certainly complicates the equation and has already served to dampen the ardour of those who might otherwise have been committed to an early poll.

What might dampen it further is the early panic in Brussels over who will pay the increased costs for the EU itself due to the departure of the UK. The semblance of technocratic modernity and cohesion the EU likes to paint of itself is coming under strain and so, therefore, is the SNP’s case for making a play to rejoin the EU.

Whether all this is enough to keep the Scots in the UK is a matter of speculation. There are lots of obstacles that might yet derail the Johnson strategy: a bad trade deal with the EU, a balance-of-payments crisis, together with loss of revenue for his grand strategy.

Sturgeon will need all her famed powers of persistence to prevent the independence issue being derailed by a combination of exhaustion with elections and referendums, a Johnsonite play for the centre ground of Scottish opinion, and a collapse in confidence in the viability of a life outside the UK.

– ref. Many Scots want independence from the United Kingdom. How might that play out in a post-Brexit world? – https://theconversation.com/many-scots-want-independence-from-the-united-kingdom-how-might-that-play-out-in-a-post-brexit-world-131776