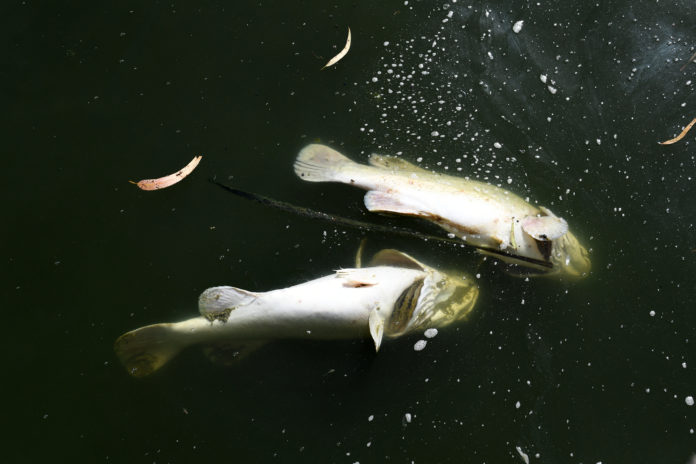 As this summer draws to a close, it marks just over a year since successive fish death events at Menindee in Lower Darling River made global headlines.

Read more: We wrote the report for the minister on fish deaths in the lower Darling – here’s why it could happen again

The conditions were caused by a combination of water extraction and extremely dry conditions which effectively stopped the river from flowing. Both investigations concluded that until more water flowed in the Darling, in western New South Wales, further fish kills were very likely.

So what’s happened since, and does the recent rain mean the crisis won’t be repeated?

– Native fish hatchery: Government hatchery facilities at Narrandera in NSW will be upgraded to hold and breed more fish. But reintroducing fish into affected areas is challenging and could be a decades-long program.

– Research: The government committed to new research into hydrology and climate change. A panel has been formed and the oversight committee is scoping the most effective research outcomes to better manage water under a changed climate.

– Fish passage infrastructure: Fish ladders – structures that allow fish to travel around obstacles on a river – are needed at sites on the lower and upper Darling. Fish ladder concept designs have progressed and are also part of the NSW government’s Western Weirs project.

-In-stream cameras: Live-stream feeds of the Darling River are not yet available.

-Meter upgrades and water buybacks: Discussions have begun as part of a commitment to buy back A-class water licenses from farmers and return water to the rivers. Rollout of improved metering is due over the next five years.

Progress on these actions is welcome. But the investigation panels also recommended other actions to help fish populations recover over the long term, including ensuring fish habitat and good water quality.

In 2003, basin native fish communities were estimated to be at 10% of pre-European levels and the spates of fish deaths will have reduced this further.

Over spring and summer in 2019, conditions in the Darling River deteriorated. A series of smaller, but significant, fish deaths prompted government agencies and communities to conduct emergency “fish translocations”.. Aerators were deployed in a bid to improve the de-oxygenation. Fish were moved to more suitable water bodies, or to hatcheries to create insurance populations.

By spring, once-mighty rivers such as the Darling and Macquarie had dried to shallow pools. As summer progressed, more than 30 fish die-offs occurred in the Macquarie, Namoi, Severn, Mehi and Cudgegong rivers and Tenterfield Creek.

What about the rain?

Strong recent rainfall means upper parts of the Darling catchment are now flowing for the first time in more than two years. Flows are passing over the Brewarrina Weir and associated fishway.

A flowing Darling is great, but it raises questions over future water management. Farmers have been waiting for years for the Darling to flow and will be eager to extract water for agricultural productivity. Likewise, the environment has been awaiting a “flush” to reset the system and restore ecological productivity.

After the rains, the NSW government allowed irrigators to harvest floodwaters to reduce the threat of damage to private infrastructure. Now that threat has subsided, governments are working together to “actively manage” the event – meaning water rules will be decided as the flow progresses, in consultation with water users and environmental managers.

But there is still significant debate on how best to manage water over the longer term.

Is a flowing Darling a return to normal?

The current flows in the Darling are far from a return to normal conditions. NSW is still in drought, and the river flows are yet to reach the Lower Darling. Many children in the Menindee township have not seen a flowing Darling in their lifetime.

Indigenous elders and recreational fishers – those who remember when the river flowed freely and was full of fish – are lamenting the recent declines. In parts of the system, dry riverbeds and isolated pools are still begging to be connected so fish can move about, spawn, and naturally recover.

River flows could take up to six weeks to reach the lower Darling, and follow-up rain is urgently needed to avoid another summer of fish carnage. Future water sharing strategies must protect both upstream and downstream communities. Some people are lobbying for the Menindee lakes to be listed as internationally important under the Ramsar Convention on Wetlands to ensure biodiversity and water management work together.

Undoing over 200 years of fish declines will require a sustained effort, with a significant investment in recovery actions over a long period. We must recognise Australia is a country of long droughts and flooding rains, and develop a proactive native fish strategy that reduces the probability of a similar disaster in future.

But unfortunately, as history has shown that when we transition from drought to flood, our memories can be short.