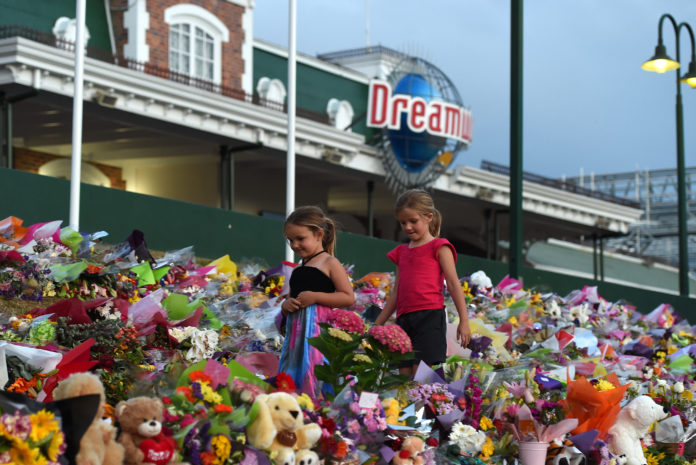 Queensland Coroner James McDougall has handed down his findings into the tragic deaths of four people on Dreamworld’s Thunder River Rapids ride in 2016.

He reported a litany of failings by Dreamworld’s owner, Ardent Leisure, including shoddy record keeping, ad hoc inspections of rides and poor maintenance.

McDougall wrote “there is no evidence Dreamworld ever conducted a proper risk assessment in the thirty years of operation of the ride” and that the safety systems in place were “frighteningly unsophisticated”.

His conclusion was damning for the company: these failings, he said, contributed to the deaths of the four victims. Coroners are often circumspect in reporting their deliberations and findings. This is a report that pulls no punches.

Former Ardent Leisure CEO Deborah Thomas responded immediately, saying the findings are “an important milestone in the extensive and ongoing investigation” into the deaths and she hoped the recommendations will prevent such a tragedy occurring again.

So, what happens now? Police have not pursued criminal charges under the general criminal law against any individual Dreamworld staff. In these cases, prosecutions are more likely to be founded on workplace laws designed for this specific purpose.

But it is not the role of coroners to lay charges – they simply put their findings before the relevant authorities for consideration.

A famous example is a coroner’s unequivocal finding in 1999 that Domenic Perre had made and sent a parcel bomb to the Adelaide office of the National Crime Authority that killed a police detective in March 1994. Twenty years later, Perre has been committed to stand trial on a charge of murder as a result of subsequent police enquiries into the detective’s death.

However, in the Dreamworld inquest, the coroner said he “reasonably suspected” Ardent Leisure had committed an offence under Queensland workplace laws. He called upon the Queensland Office of Industrial Relations to consider prosecutions against Ardent Leisure.

Read more: Killed in the line of work duties: we need to fix dangerous loopholes in health and safety laws

The office administers the Work Health and Safety Act 2011 and works with the work health and safety prosecutor, a new office in existence since March last year.

These workplace laws are designed to protect all people who fall under a duty of care in and around workplaces, whether they are employees or visitors.

Under Queensland’s act, an offence has been committed if steps are not taken to avoid a significant risk from occurring, or if there is a failure to comply with regulatory requirements.

Where a death occurs or such a risk persists, a corporation can be fined up to A$3 million. An individual who was responsible for allowing, say, a lethal risk to persist – either directly or recklessly – can be fined up to $600,000, or face up to five years imprisonment.

The prosecution has to prove its case using the same standard used in all criminal matters where intention or reckless indifference are relevant – guilt beyond reasonable doubt.

Queensland’s parliament passed the laws in 2017 in the wake of the deaths of two workers at the Eagle Farm racecourse in 2016. They were also no doubt influenced by the Dreamworld deaths. These laws make it a lot easier to sentence company directors to prison for deaths in the workplace, even in the absence of their direct culpability.

But the laws cannot apply retrospectively. Moreover, the provisions only apply to the deaths of workers, not visitors to a workplace.

Read more: Why industrial manslaughter laws are unlikely to save lives in the workplace

Even so, a key problem for those promoting industrial manslaughter laws is the lack of evidence that scapegoating delinquent company executives after a tragic event is likely to eliminate dangerous practices.

Putting in place considerable resources for accident prevention is a far better use of resources than finding fault and sending people to short terms of imprisonment months, if not years, after a tragedy takes place.

Another important deterrent against such senseless tragedies occurring again is the genuine heartache of the executives at the top of any irresponsible company, and the threat of reputational damage to them personally and their company brand.

That reminder needs to be sheeted home to all companies and businesses, not just those providing leisure and theme park entertainment. There is an important role in this regard for those who train business leaders and those who regulate their affairs.

No amount of legal redress, of course, can bring back loved ones. We can only hope every company or business in this country that has visitors in its care will learn there is no price that can be put on their safety and security.

Whether or not prosecutions proceed and are successful in the Dreamworld tragedy, every one of the coroner’s recommendations must be implemented immediately. We owe that much to those who grieve today.

– ref. After damning report into Dreamworld tragedy, who can be held accountable under the law? – https://theconversation.com/after-damning-report-into-dreamworld-tragedy-who-can-be-held-accountable-under-the-law-132364