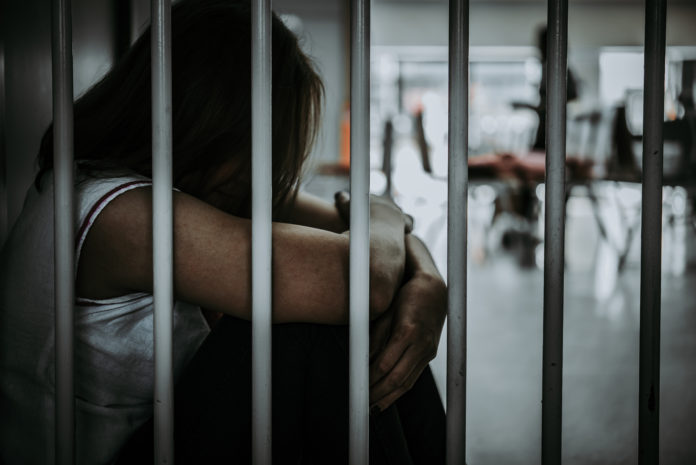 In 2018, the Victorian Ombudsman, Deborah Glass, delivered a report about “the saddest case” she had ever seen.

A 39-year-old woman with a developmental disorder had been locked in her prison cell for up to 23 hours a day for more than 18 months. The woman had been charged with breaching an intervention order (a charge which was later dropped) and resisting arrest.

The Ombudsman commented this was not an isolated incident. Last year, The Age reported a 49-year-old wheelchair user with an acquired brain injury had spent three years in prison with no end date in sight after being charged with assault.

Read more: How Aboriginal women with disabilities are set on a path into the criminal justice system

What unites the circumstances of these two people with disabilities is both had been found “unfit to plead”. This finding may lead to indefinite detention and/or supervision despite no finding of guilt.

But there are viable alternatives. Criminal justice liaison officers, disability support workers and communication assistants can help people with cognitive disability understand the criminal process so they can choose to plead guilty or not guilty.

What are ‘unfitness to plead’ laws?

Unfitness to plead laws are based on the idea people accused of crimes should not be put on trial if they can’t understand the legal process and the charges against them. The main aim is to avoid unfair trials.

Once charged with a crime, they may not be released or left unsupervised because of concerns about community protection, yet they can’t be convicted or acquitted because holding a trial is considered unfair.

Unfitness to plead rulings mean people with conditions that affect their ability to learn, process, communicate and remember information can end up in detention indefinitely.

Read more: ‘Unfit to plead’: why does the law jail those with intellectual disabilities indefinitely?

There are too many people with cognitive disability in prison

In a previous article, I outlined how people with cognitive disability form a disproportionately large cohort of prisoners.

A 2011 report for the Victorian Department of Justice estimated 42% of male prisoners and 33% of female prisoners in Victoria had an acquired brain injury, compared to about 2% of the general population.

An infringement on their liberty

The Victorian Law Reform Commission estimated findings of unfit to plead or not guilty on the grounds of mental impairment make up less than 1% of the total cases that result in a sentence or supervision order in the higher courts.

While those affected by unfitness to plead laws may form a small subset of prisoners with cognitive disability and/or mental illness, data isn’t kept in Victoria on how often fitness to plead issues are raised in relation to summary offences (less serious offences). There’s also no national database to make comparisons about unfitness to plead cases across states and territories.

Extensive data indicates Aboriginal and Torres Strait Islander people with disabilities face added disadvantage in the criminal justice system. One 2012 report found 11 of 33 people deemed unfit to plead or “unsound of mind” in Western Australia were Indigenous. Further, all nine men on indefinite supervision orders in the Northern Territory found unfit to plead in 2012 were Indigenous.

Read more: Supporting, not imprisoning, Aboriginal people with disabilities could save millions

In addition to law reforms, several initiatives are under way to support people who may be found unfit to plead navigate the criminal justice system.

The Australian Law Reform Commission recommended communication assistants and support people for them.

The NDIS is still developing the scheme, but it has the potential to help people with cognitive disability accused of a crime understand the trial process and in turn avoid findings of unfitness to plead.

There are several resources to support people with acquired brain injury and their supporters navigate the criminal justice system.

My colleagues and I developed a support program with three community legal centres in the Northern Territory, New South Wales and Victoria in 2017 which participants evaluated highly. This model could be cost-effective.

The disability royal commission has released an issues paper on criminal justice and people with disabilities which reflects on a number of issues raised in this article.

The commission is seeking submissions on what supports can help keep people with disabilities out of the criminal justice system or stay safe within the system.

Read more: Caring for ex-prisoners under the NDIS would save money and lives

– ref. People with cognitive disability shouldn’t be in prison because they’re ‘unfit to plead’. There are alternatives – https://theconversation.com/people-with-cognitive-disability-shouldnt-be-in-prison-because-theyre-unfit-to-plead-there-are-alternatives-131295