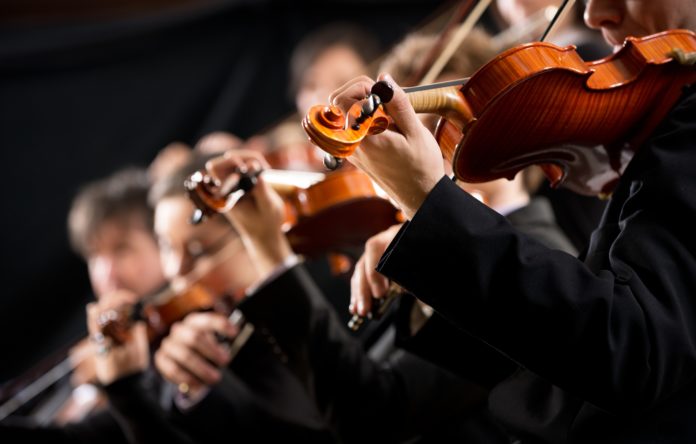 But despite the sudden backtrack, RNZ Concert isn’t safe yet. Whatever the final outcome of RNZ’s rethink, it is clear the board and management placed little value on the significant role the station plays in New Zealand musical culture.

RNZ Concert now needs a compelling new strategic direction to create a redefined – rather than eviscerated – station that is central to a more diverse 21st-century artistic vision in New Zealand.

The announcement that RNZ planned to fire RNZ Concert presenters and producers, and replace them with an automated jukebox on an inferior AM frequency, prompted a public outcry spearheaded by former prime minister Helen Clark, and a legal challenge from a coalition of orchestras.

But this was merely the bleak endgame to a managed decline of RNZ Concert over the past 20 years. During this period, it lost its flagship studio (to make way for government buildings that never eventuated), and had to sell its grand pianos to stay afloat.

On a budget of only 7% of RNZ’s total annual expenditure, it nevertheless attracts almost 22% of its total audience — despite there being virtually no advertising of the station.

The announcement was also poorly timed, landing just a few days before the government launched a business case to merge RNZ with the television network TVNZ.

No broadcaster has done as much to both record and promote New Zealand music as RNZ Concert. Many regard the station as a “cultural taonga” (treasure).

With a new mandate, and a revised strategic direction, it could be central to supporting a “broadening of horizons” currently underway in classical music. Orchestras and ensembles worldwide are finally beginning to understand the need to address systematic imbalances of generational, gender and cultural representation in their programmes to ensure their continued relevance.

In New Zealand, this is evidenced by the number of ambitious cross-cultural, cross-genre and cross-generational projects in recent years. In 2019, soul singer Teeks headlined a collaboration with the Auckland Philharmonia Orchestra in a series of songs arranged by Mahuia Bridgman-Cooper. This concert was recorded and broadcast by RNZ Concert.

Several Sistema-style groups are now training a new generation of Māori and Pasifika in orchestral playing skills, some of which have resulted in packed-out public performances alongside Orchestra Wellington. These are also recorded and broadcast by RNZ Concert.

My own composition Mātauranga (Rerenga), premiered by the New Zealand Symphony Orchestra in 2019, features traditional Māori musical instruments (taonga puoro). Once again, RNZ Concert recorded this, just one of a number of new works featuring these once-suppressed instruments that are being nurtured back to life by artists such as Richard Nunns, Horomona Horo, Ariana Tikao and Alistair Fraser.

At the heart of the arts

RNZ Concert is uniquely positioned to lead a more representative arts experience in a way no other radio station in New Zealand is equipped to do. It is an active partner in a number of collaborative projects such as Resound, which is responsible for amassing a treasure trove of live concert videos of New Zealand music, hosted on YouTube and Vimeo.

It produces documentaries and interviews, presents educational programmes, and has recently expanded its coverage to include musical practices that defy the dominance of mainstream commercial pop – such as jazz, Māori music, experimentalism, sonic art and non-Western music. While these are currently only a small part of Concert’s programming, they could expand and flourish.

Having had a stay of execution, RNZ Concert now deserves a new kind of strategic leadership that can develop an innovative, exciting brand of musical diversity. It needs a new vision to set it at the heart of 21st-century music-making in Aotearoa.

– ref. NZ’s classical music station is not safe yet. It now needs innovation and leadership – https://theconversation.com/nzs-classical-music-station-is-not-safe-yet-it-now-needs-innovation-and-leadership-131762