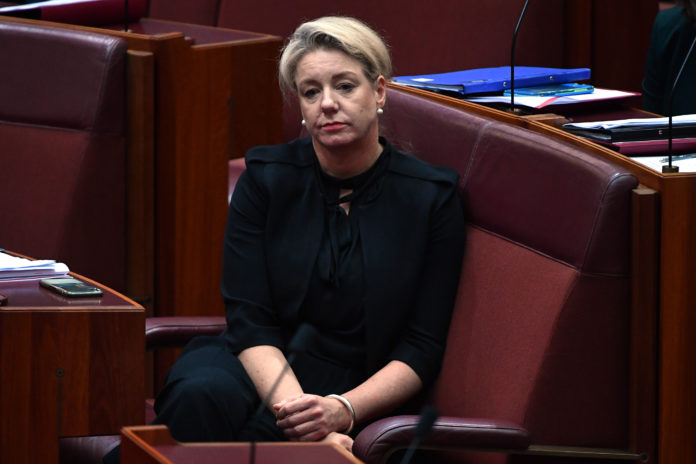 The secretary of the Prime Minister’s department, Phil Gaetjens, has criticised “significant shortcomings” in Bridget McKenzie’s decision-making in the sports rorts affair, while outlining his argument that her allocation of grants was not politically biased.

Gaetjens has made his first public comments in a submission to the Senate inquiry set up to investigate the affair, which cost McKenzie her cabinet job and the deputy leadership of the Nationals.

The government has been under intense pressure to release his report, commissioned by Scott Morrison, which was used to determine McKenzie’s fate. Gaetjens, a one-time chief of staff to Morrison, exonerated her from any breach of ministerial standards on the substance of her decisions but found she had breached them by not disclosing membership of gun organisations.

While his report remains confidential Gaetjens has set out his findings in detail, which were at odds with the Audit Office conclusion the allocation of grants had a political bias.

At a bureaucratic level, the sports affair has become something of a head-to-head between the Auditor-General and the country’s most senior bureaucrat.

Gaetjens says in his submission his advice to Morrison was based on information from Sports Australia, McKenzie, and her staff.

He says there were “some significant shortcomings” in McKenzie’s decision-making role, as well as in the way Sport Australia administered the assessment process.

These included “the lack of transparency for applicants around the other factors being considered, and the disconnect between the assessment process run by Sport Australia and the assessment and decision-making process in the Minister’s Office”.

“This lack of transparency, coupled with the significant divergences between projects recommended by Sport Australia and those approved by the Minister have given rise to concerns about the funding decision-making,” he says.

Gaetjens says McKenzie informed him her approvals were designed to get “a fair spread of grants according to state, region, party, funding stream and sport, in addition to the criteria assessed by Sport Australia”.

He rejects the Audit claim McKenzie’s approach was based on the much talked about spreadsheet of November 2018 that was colour coded according to party, and says she told him she had never seen that spreadsheet.

“The ANAO Report … asserts that the Adviser’s spreadsheet is evidence that ‘the Minister’s Office had documented the approach that would be adopted to selecting successful applicants’ before funding decisions were made. However, there is persuasive data that backs up the conclusion that the Minister’s decisions to approve grants were not based on the Adviser’s spreadsheet,” Gaetjens writes.

The evidence included the significant length of time between the spreadsheet and the approvals. Also, 30% of the applications listed as successful on the adviser’s spreadsheet did not get funding approval .

“So, on the evidence available to me, there is a material divergence between actual outcomes of all funded projects and the approach identified in the Adviser’s spreadsheet. This does not accord with the ANAO Report”, which found funding reflected the political approach documented by McKenzie’s office.

Gaetjens says had McKenzie just followed Sport Australia’s initial list, 30 electorates would have got no grants. In the final wash up only five missed out (no applications had come from three of them).

“I did not find evidence that the separate funding approval process conducted in the Minister’s office was unduly influenced by reference to ‘marginal’ or ‘targeted’ electorates. Evidence provided to me indicated that the Adviser’s spreadsheet was developed by one member of staff in the Minister’s Office, using information provided by Sport Australia in September 2018, as a worksheet to support an increase in funding for the Program.

“Senator McKenzie advised me in response to a direct question that she had never seen the Adviser’s spreadsheet and that neither she nor her staff based their assessments on it.

“Her Chief of Staff also told the Department of the Prime Minster and Cabinet that the Adviser had categorically stated she had not shown the spreadsheet to the Minister.”

Rejecting the Audit Office conclusion of a bias to marginal and targeted seats, Gaetjens says “180 ‘marginal’ and ‘targeted’ projects were recommended by Sport Australia, and 229 were ultimately approved by the Minister, representing a 27 per cent increase. This is smaller than the percentage increase of projects recommended (325) to projects funded (451) in non-marginal or non-targeted seats which was 39 per cent.”

“The evidence I have reviewed does not support the suggestion that political considerations were the primary determining factor in the Minister’s decisions to approve the grants”. So he had concluded she did not breach the section of the ministerial standard requiring fairness, Gaetjens writes.