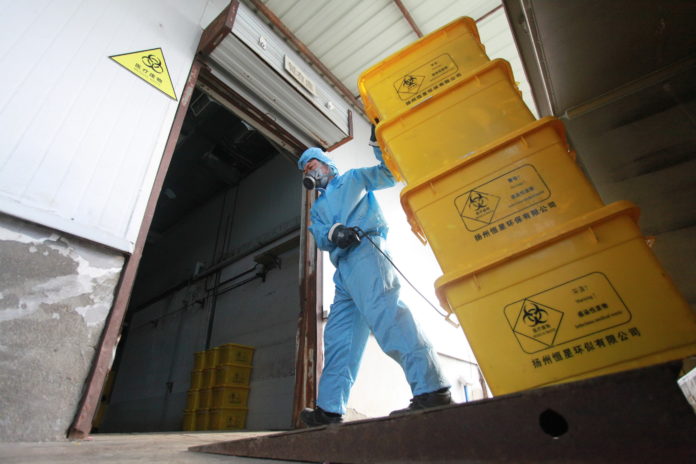 Remember when the Morrison government had a “horror week” as parliament was winding down in late November, with the Angus Taylor scandal and the failure to pass key union legislation?

In retrospect, that looks small beer compared to the waves of trouble engulfing it as the 2020 parliamentary sittings begin next week.

Just look at what’s happened since.

The bushfires, already alight then, became a thousand times worse, and turned into a political albatross with Scott Morrison’s missteps and widespread criticism of the government’s handling of climate change.

Doubts about the economy’s prospects have remained deep.

The projected budget surplus weakened to $5 billion in the December update and could disappear altogether.

The Wuhan coronavirus sprang out of nowhere, its tentacles – their lengths as yet uncertain – stretching in various directions.

The row around deputy Nationals leader Bridget McKenzie’s sports rorts has put the Taylor affair, involving an allegedly forged document, into the shade (though that’s not resolved yet).

Parliament will reopen in the final month of a summer of horror for the country in general and Scott Morrison in particular.

It’s not just the issues, substantive and political, that he and his ministers must deal with. It is the uncertainties they bring.

Most notably and immediately, no one can be sure what the implications of the coronavirus will be for Australia. The number of cases locally is likely to be quite small, but there could be substantial broader effects.

Read more: View from The Hill: Politicians not bureaucrats are the ones in touch, Morrison claims in sports affair

Obviously Australian authorities have had preparations and protocols in place to deal with such an emergency. Nevertheless this week the government looked as if it were caught by surprise.

For instance it took a while to announce a plan to evacuate hundreds of Australians trapped in Wuhan.

And Education minister Dan Tehan was censorious of schools that had told pupils who’d recently been in China to stay away, but then had to make a sharp U-turn when the medical advice to the government changed.

As the government worked to organise a charter flight, its announcement it would quarantine returnees on Christmas Island for two weeks stirred controversy.

Critics included the Australian Medical Association and the opposition, as well as some of those in China who were weighing up whether to take up the flight offer.

Home Affairs Minister Peter Dutton insisted quarantine beds wouldn’t be obtainable on the mainland (which might be a matter of how hard the government looked).

The Christmas Island plan is provocative. Having prospective travellers sign a declaration they’d self-isolate surely would have been adequate. But the government probably feared a domestic backlash if precautions didn’t appear tough enough.

Both the bushfires and the coronavirus will take heavy tolls of Australia’s tourist industry.

The fires haven’t affected major attractions for international visitors such as central Australia and the Barrier Reef, but the disaster has received prominent coverage abroad, and people get their impressions from TV images. So it’s not surprising Australia suddenly looks a less desirable destination.

The coronavirus has seen the Chinese authorities quickly cancel group tours. Restoring normality to the China trade goes well beyond perceptions – it will be a matter of time and how the health crisis plays out.

The virus is already having implications for Australia’s education export industry, which draws a huge number of students (who pay very high fees) from China.

Universities are scrambling to make arrangement for those Chinese students who’ll miss the first part of the teaching year. It’s a sharp reminder of the wider issue of the high dependence of Australian universities on foreign, especially Chinese, students.

The full economic impact of the coronavirus for Australia won’t be known for some time.

Henry Cutler, from Macquarie University’s Centre for the Health Economy, says flow-on effects for us will be small if China contains the virus relatively quickly but “the Australian economy may be significantly impacted” if the authorities there struggle to do so. “A reduction in Chinese GDP growth could reduce our exports given China is Australia’s top export market.”

The consensus suggests the fallout for Australia is likely to be limited in the long run, but the first and second quarters of 2020 are another story. And whatever the effect, it couldn’t come at a worse time – like the impact of the fires, it will hit a soft economy.

Growth was revised down in the December budget update. The conclusion from The Conversation’s just-published survey of 24 economists from 15 universities is for growth, which has been below 2% for the last three quarters, “to stay at or below 2% for at least another year, producing the longest period of low economic growth since the early 1990s recession”.

Read more: Humans are good at thinking their way out of problems – but climate change is outfoxing us

During the bushfire crisis the government repositioned on the surplus. After earlier confidently proclaiming the budget would be “back in the black”, it now says its priority is bushfire relief and recovery and Treasurer Josh Frydenberg makes no predictions.

This is appropriate, but if the budget is in the red at mid-year that will trash those boasting rights the government had claimed. Equally important, a worse-than-anticipated fiscal situation will leave less funds to spend on other areas in the May budget.

Meanwhile, before parliament resumes Morrison has to resolve McKenzie’s future, with downsides whether he gets rid of her (which he should) or retains her.

If she’s ditched, the first days of the session will be taken up with the Nationals getting their house in order – electing a new deputy (David Littleproud would be the obvious pick) and leader Michael McCormack’s rearranging his frontbench (the best way to do this would be to promote Darren Chester back into cabinet, and put one of the new female senators into a junior frontbench position). But the opposition would still have plenty of ammunition to keep the rorts issue alive for a while.

Cutting McKenzie loose carries the risk of Coalition trouble, with some Nationals blaming the Liberals for her demise. But if she is retained, the government’s bleeding will be substantial.

No wonder Coalition backbenchers will arrive back in Canberra unhappy and anxious, and with fleas in their ears from their constituents.