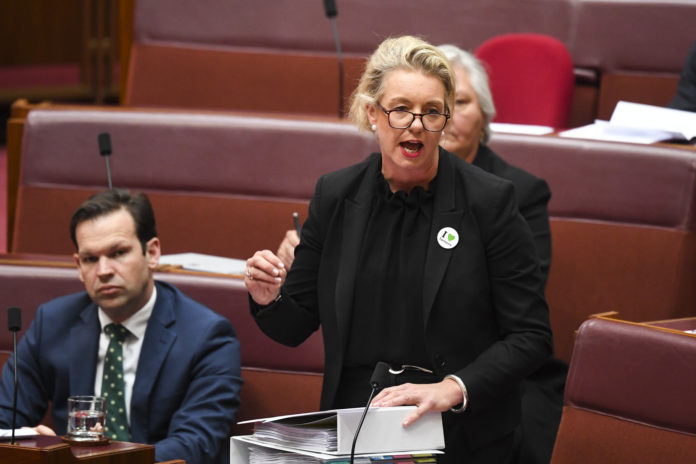 Prime Minister Scott Morrison has ordered the secretary of his department, Phil Gaetjens, to advise whether deputy Nationals leader Bridget McKenzie breached the ministerial code of conduct in the sports rorts affair.

A statement from the prime minister’s office on Wednesday night said Morrison had referred the highly critical auditor-general report to Gaetjens last Friday “for advice in relation to any actions in the application of the statement of ministerial standards”.

This referral was not announced at the time.

The statement also said media reports revealing McKenzie had approved a grant to a clay target shooting club without publicly disclosing her membership of it had also been referred to the department.

The audit report on the $100 million sports grants scheme found the “award of grant funding was not informed by an appropriate assessment process and sound advice”.

It said McKenzie, then sports minister, targeted marginal Coalition seats and Labor seats in the government’s sights in allocating grants before the election, rather than following the priority rating provided by the expert assessment process.

Nine newspapers revealed on Wednesday that McKenzie approved a $36,000 grant for the Wangaratta Clay Target Club without publicly disclosing she was a member of the club.

McKenzie was given membership when she visited the club in January, before the grant was announced in February. Her office has said she did not put her membership on the public parliamentary register because it was a gift and below the value set for disclosure.

Sources said that in June she declared in her ministerial statement of interests – which is private – her membership to several gun organisations, including the clay target association of which the Wangaratta club is an affiliate.

In his foreword to the statement of ministerial standards, Morrison says:

All parliamentarians are required to disclose private interests to the parliament.

Given the additional powers of Ministers and Assistant Ministers, I expect them to provide me with additional information about their private interests to ensure there are no conflicts with their roles as ministers.

Ministers must declare and register their personal interests, including but not limited to pecuniary interests, as required by the Parliament from time to time.

Failure to declare or register a relevant and substantive personal interest as required by the Parliament constitutes a breach of these Standards.

The Wednesday statement from the prime minister’s office said Morrison would “continue to follow due process”.

He has also asked Attorney-General Christian Porter to advise on the issue raised in the audit report of whether McKenzie actually had legal authority to make the decisions on the grants.

Porter on Wednesday defended McKenzie, saying, “had Bridget McKenzie’s final approval process not gone into the mix, then less Labor electorates would have gotten the money”.

The opposition continued to call for her resignation or sacking.

Meanwhile, Morrison announced that the secretary of the health department, Glenys Beauchamp, will retire at the end of next month and is going on leave from Friday.

The Mandarin, noting Beauchamp has been a board member of the Australian Sports Commission, said “the official date of her retirement falls the day before Senate estimates comes back … where those with knowledge of the grants program will likely be questioned.”