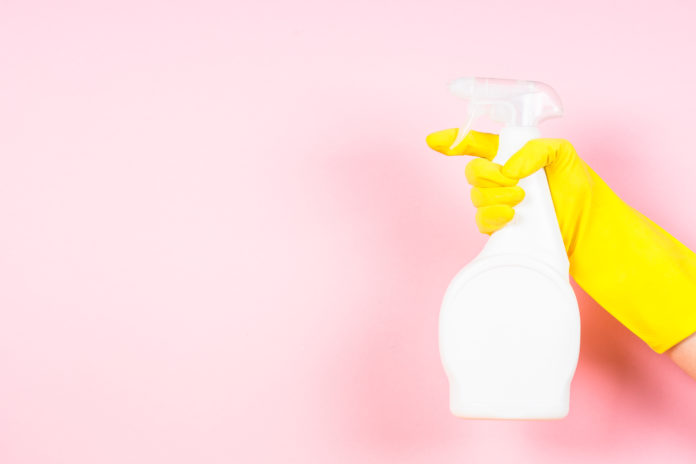 Sarah Krasnostein’s The Trauma Cleaner has won many awards since it was published in 2017, including the Victorian Prize for Literature and the Australian Book Industry Award General Non-Fiction Book of the Year.

While the title may speak of a provocative premise – what is a trauma cleaner? Are there really jobs like this? – it’s not just the content that makes it a wonderful read, it’s also the writing style. Every word, every sentence, is carefully considered, re-considered and re-considered some more, resulting in what can only be described as beautiful language.

I was truly blown away by the power and precision of the prose. Sounds, tastes and smells emanate from the page, creating a visceral experience of protagonist Sandra’s extraordinary, often traumatic, life.

Krasnostein uses exquisite turns of phrase. Language is used to excavate facts and polish ideas that are hard to get rid of – things that stick. As Krasnostein writes, the book is “a catalogue of the ways we die physically and emotionally, and the strength and delicacy needed to lift the things we leave behind”.

During my time with Sandra, I met a bookbinder, a sex offender, a puppeteer, a cookbook hoarder, a cat hoarder, a wood hoarder […] I heard Sandra bend and flex language into words and idioms she made her own: “supposably”, “sposmatically”, “hands down pat!”

It is this careful and playful orchestration of words – facts transformed into a scintillating narrative – that makes the book hard to put down. Every page lures you in, making you hungry for more.

Beneath the beautiful language, resonance strikes and asks us to think of our own lives. Expressions hit like a sudden gust of wind. They bring tears to your eyes. We are not asked to feel sad, but to feel what was, and still is, being experienced by these people – to feel the complexity of the circumstances.

Imagine Ailsa, the girl who loves to bake, the woman whose cakes are light and high and whose dark religion tells her to fear her effeminate son […] Imagine that baby as a boy frozen in his bed, straining to read the sound of a motor in the driveway over the noise of his own racing heart.

Krasnostein’s language evokes in us the visceral aspects of a situation – the pain and pleasure of those involved. She says of Sandra, then still Peter, practising his female voice in the shower when wife Linda is out: “the refrain of thrumming along his veins that signifies his only certainty and which says: you don’t belong here”.

Later, of his eventual parting from wife and children towards a new life as Sandra:

When he steps around the food flung on the floor or smells the milk turning in bottles in the sink, or when cries momentarily shatter his sleep like a glass flung against a wall, he doesn’t really notice because in his mind he is dancing at [gay club] Annabel’s with Joe.

Krasnostein is adept at laying out facts with no judgement or flourish, allowing their trauma to speak to us individually. She refuses to manipulate her readers, instead touching the facts lightly with a sense of perspective: “she will never fear what is ahead of her, only what is behind her”.

From one trauma to the next, we learn of the murder of Sandra’s girlfriend, Maria, by a nightclub bouncer. Krasnostein uses repetition to speculate on his motives:

Krasnostein gives us story perspective in a light, non-manipulative way. That last line is sparse yet stark, simple yet powerful.

And then this, which winds all the facts into a clean knot that represents the very core of Sandra’s life journey: “Sandra does not need a physics lesson to understand that time dilates; life taught her early that some seconds are cruelly quick and others are tortuously slow”.

Krasnostein pores over language, refining it until it says the most it can in the fewest words possible. “Something you might try to ignore, like a full bladder on a cold night”. “What chips some people like a mug cracks others, like an egg”. “The couch is a grave”.

The Trauma Cleaner also speaks about the process of its being written, with authority and poignancy:

I scrap draft after draft of my timeline and even when I am assisted in my task by Sandra’s recollection, the narrative remains a tangled necklace. Events link into one another only so far before they halt, abruptly, as some great knot where they loop over each other so tightly that some seem to disappear altogether.

In some ways, the narrative arc of the book is not Sandra’s own journey, but Krasnostein’s understanding of Sandra and what she represents for all of us. This is achieved with a lightness of touch, the author never getting in the way of the reader’s own interpretations.

Krasnostein writes at the start of the book:

And here it hits me what it is we are doing by telling this story. It is something at once utterly unfamiliar and completely alien to Sandra: we are clearing away the clutter of her life out of basic respect for the inherent value of the person beneath.

And then at the end of the book, after we have witnessed all of Sandra’s trauma, humour and resilience, an ordaining of our protagonist in language that is at once beautiful and beatific: “Sandra, you exist in the Order of Things and the Family of People; you belong, you belong, you belong”.

– ref. Inside the story: The Trauma Cleaner – a beautiful meditation on death and decay – http://theconversation.com/inside-the-story-the-trauma-cleaner-a-beautiful-meditation-on-death-and-decay-127436