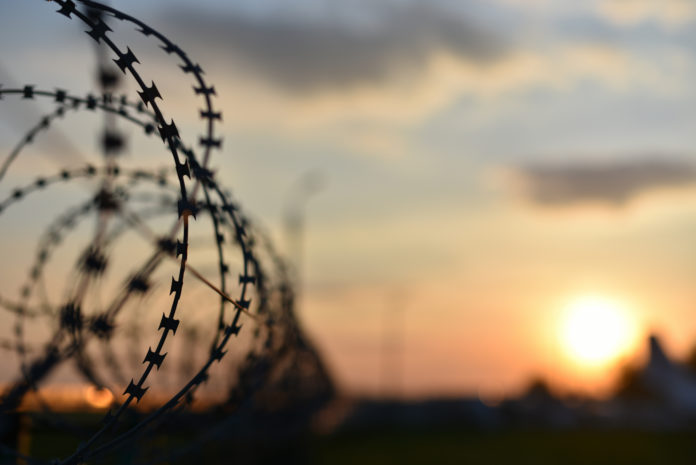 The latest release of the Australian Bureau of Statistics Prisoners in Australia data provides a surprising change: for the first time in seven years, the national imprisonment rate has not increased. In fact, it has decreased by 1%.

So why have we seen a decrease? Looking at the data paints a complicated picture.

As Australia consists of eight independent jurisdictions, each with its own legislation and penal culture, there are significant differences in the size of their prison populations.

All jurisdictions, except for Tasmania and Victoria, show a small decrease in their imprisonment rate over the last year. However, it’s still the case that the Northern Territory imprisons proportionally about four times as many people as the national average, followed by Western Australia (1.6 times). Both jurisdictions having been in pole position for decades.

While imprisonment rates are historically well below the national average in Victoria, they have been increasing continuously since 2010, including over the last year.

There are also some subgroups that have been a matter of specific concern for some years.

The proportion of people on remand, awaiting their trial, is still increasing. These people, who are technically “innocent until proven guilty”, now account for 33% of the total prison population. This increase started in 2010 following several changes to the legislation restricting the use of bail, which has a stronger impact on Indigenous defendants. This is due to their offending and remand history, as well as social, economic and cultural disadvantage.

Read more: Data gaps mean Indigenous incarceration rates may be even worse than we thought

From the limited data we have available on Indigenous offending, we know the rate of Indigenous people charged with offences is higher than for non-Indigenous people, but remains stable over time. Therefore, it is not an adequate explanation for their rapid increase in the prison population until this year.

The data also provide a snapshot of the profile of people in prison on the 30th of June of that year. As Indigenous people tend to serve shorter terms in prison, they are less likely to be captured on a one-off date.

Data from another Australian Bureau of Statistics source show the influx of Indigenous men and women into the prison system is going up, particularly in the Eastern states.

Uncharacteristically, it’s Western Australia and the Northern Territory that are showing the most consistent decrease in Indigenous prisoner receptions.

A decrease in the prison population is part of a more global trend. While prison populations were increasing from the second half of the eighties and throughout the nineties in most countries where consistent data was available, this started to reverse in the first decade of the new millennium.

There is the question as to whether this decrease is caused by a reduction in rates of criminal behaviour or whether it has been driven by changing public and criminal justice policies. From an international perspective, crime rates have been going down since the nineties.

But over the same period, the Australian imprisonment rate grew by 36%. This is most likely due to changes in crime (increase of drug-related crime), stricter penal policies towards certain forms of crime, but even more so, targeted policing.

Read more: The evidence is in: you can’t link imprisonment to crime rates

Australian penal politics have strongly been driven by a “law and order” discourse, often in a bet for electoral win. However, crime and justice have been less prominent in recent state elections, or the punitive approach was not supported (see the 2014 Victorian election, and the 2015 Queensland election).

As prison populations are the outcome of a complex interaction of several factors, it’s not easy and probably too early to understand what led to a drop in numbers over the past year.

What’s important is that there are now numerous reports and countless recommendations to address the overuse of imprisonment, as it is expensive and has been proven to be little effective. Hopefully this means Australia is joining the international trend of a more parsimonious use of the most severe sanction as a means to combat crime.

– ref. Prisoner numbers in Australia have decreased, but we’re not really sure why yet – http://theconversation.com/prisoner-numbers-in-australia-have-decreased-but-were-not-really-sure-why-yet-129696

Wondering about ADHD, autism and your child’s development? What to know about getting a neurodevelopmental assessment