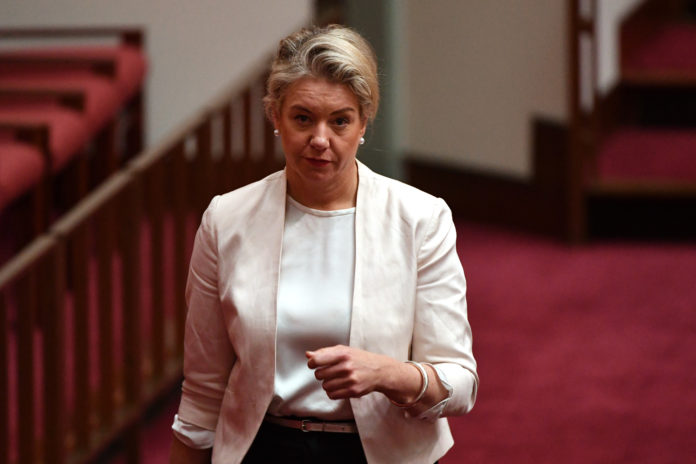 When Australians pay their income tax, they assume the money is going to areas of the community that need it, rather than being used by the government to shore up votes for the next election.

This is why the findings of the Australian National Audit Office into the awarding of community sporting grants by cabinet minister Bridget McKenzie are serious. Not merely for the grant funding process, but also for trust in our system of government.

What did the report find?

The Audit Office was asked to examine this grant program to assess whether the award of funding “was informed by an appropriate assessment process and sound advice”. The focus was therefore on whether proper procedures were followed.

The report was extremely critical of the way in which the A$100 million in sporting grants were awarded by Minister McKenzie ahead of last year’s election campaign.

It found successful applications were “not those that had been assessed as the most meritorious” and that there was “distributional bias” in the way projects were approved. The problem is many of the grants were awarded to bodies within marginal seats or seats the Coalition wanted to win.

This is a serious matter because it represents a politicisation of a grant system which is supposed to be undertaken on merit.

What does this mean for the government?

The fact the Audit Office has made this finding is important. But what happens now and what will the consequences be? Will there be an investigation? If so, by whom?

Importantly, the Audit Office is an independent body. In the absence of a federal integrity commission, it has a significant role to play in ensuring government funds are spent for proper purposes. A central part of the role of the Audit Office is to uncover and report on fraud and corruption in government decisions. But it does not have coercive powers and its report does not have any direct legal effect on Senator McKenzie.

If there is to be a further investigation of this matter, it’s likely to be taken up by a parliamentary forum such as Senate Estimates. What is more significant are the consequences of the Audit report.

The first point to understand is that the direct legal consequences of the Audit Office finding are minimal. The report made four recommendations for future reform of the sporting grant procedure. While the Audit Office is very well-regarded by decision makers and commands respect, it is not a court. Therefore its recommendations are not binding and can be ignored by government.

What is more significant are the legal implications of the Audit report.

Here the problem is the Audit Office found the minister did not have legal authority to approve the grants in the first place. This is because the legal power to approve the sporting grants is actually given to Sport Australia (under the Australian Sports Commission Act 1989).

This is, however, somewhat of a theoretical argument as it is unlikely anyone will be able to bring this matter to court to invalidate the grant decisions made. Given community sporting groups who were disadvantaged by the improper grant process are community groups in need of funding, it’s unlikely they will be in a position to bring an expensive legal action.

It’s therefore likely the consequences of this report will be political rather than legal.

Here the political convention of “ministerial responsibility” should, ideally, come into play. This gives effect to the broader principle that the Australian people give authority and power to elected politicians and those politicians must be accountable for their actions.

This means McKenzie could be asked to resign. However, the Senator has indicated she will not resign, saying “no rules were broken” and she was given discretionary powers “for a purpose” in the program’s guidelines.

And this is one of the problems with ministerial responsibility today: it largely depends on whether the relevant party feel it’s politically necessary to pressure the relevant minister to stand down.

The current strength of this principle in modern Australia has been questioned, with many saying it’s no longer effective. For instance, journalist Tony Wright wrote in 2019:

So, there may be no political consequences in this matter at all.

The Audit Office of Australia is a respected, independent institution and its findings this week should have consequences.

Trust in government, which should be central to a healthy democracy, is at an historical low in Australia. Governments need to make decisions which are transparent and fair. A government that bends the rules is a danger to the rule of law and to democracy.