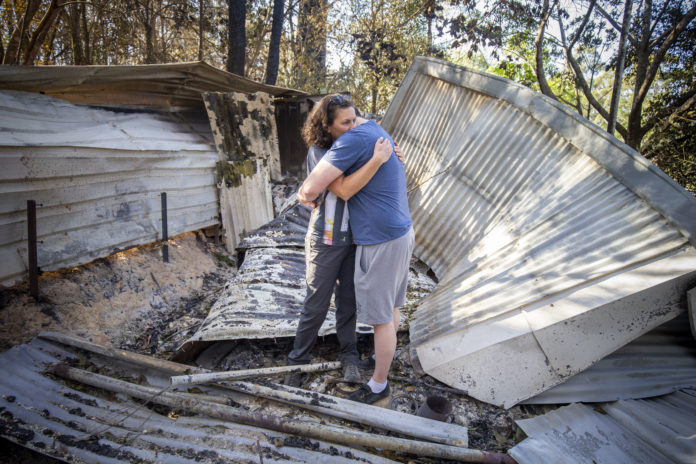 Source: The Conversation (Au and NZ) – By Emma Hutchison, Associate Professor and ARC DECRA Fellow, The University of Queensland

With 26 fatalities, half a billion animals impacted and 10.7 million hectares of land burnt, Australia faces a record-breaking bushfire season.

Yet, amid the despondency, moving stories have emerged of phenomenal fundraising conducted through social media.

At the forefront is Australian comedian Celeste Barber, whose Facebook fundraiser has raised more than AUD$45 million – the largest amount in the platform’s history.

But at a time when experts predict worsening climate conditions and longer fire seasons, short bursts of compassion and donations aren’t enough.

For truly effective action against current and future fires, we need to use social media to implement lasting transformations, to our attitudes, and our ability to address climate change.

Get out of your echo-chamber

Links between social media and public engagement are complex. Their combination can be helpful, as we’re witnessing, but doesn’t necessarily help solve problems requiring long-term attention.

Past research indicates the presence of online echo chambers, and users’ tendency to seek interaction with others holding the same beliefs as them.

If you’re stuck in an echo chamber, Harvard Law School lecturer Erica Ariel Fox suggests breaking the mould by going out of your way to understand diverse opinions.

Before gearing up to disagree with others, she recommends acknowledging the contradictions and biases you yourself hold, and embracing the opposing sides of yourself.

In tough times, many start to assign blame – often with political or personal agendas.

In the crisis engulfing Australia, we’ve seen this with repeated accusations from conservatives claiming the Greens party have made fire hazard reduction more difficult.

In such conversations, larger injustices and the underlying political challenges are often forgotten. The structural conditions underpinning the crisis remain unchallenged.

We need to rethink our approach to dealing with climate change, and its harmful effects.

First, we should acknowledge there is no quick way to resolve the issue, despite the immediacy of the threats it poses.

Political change is slow, and needs steady growth. This is particularly true for climate politics, an issue which challenges the social and economic structures we rely on.

Our values and aspirations must also change, and be reflected in our online conversations. Our dialogue should shift from blame to a culture of appreciation, and growing concern for the impact of climate degradation.

Users should continue to explore and learn online, but need to do so in an informed way.

Before you join an online debate, it’s important you can back your claims. This helps prevent the spread of misinformation online, which is unfortunately rampant.

A 2018 Reuters Institute report found people’s interaction (sharing, commenting and reacting) with false news from a small number of Facebook outlets “generated more or as many interactions as established news brands”.

Also, avoid regressive discussions with dead-ends. Social media algorithms dictate that the posts you engage with set the tone for future posts targeted at you, and more engagement with posts will make them more visible to other users too. Spend your time and effort wisely.

And lastly, the internet has made it easier than ever to contact political leaders, whether it’s tweeting at your prime minister, or reaching out to the relevant minister on Facebook.

These issues affect people constantly, but fixing them required debate over long periods.

We should draw on the awareness raised over the past weeks, and not let dialogue about the heightened threat of bushfires fizzle out.

We must not return to our practices of do-nothingism as soon as the immediate disaster subsides.

Although bushfire fundraisers have collected millions, a European Social Survey of 44,387 respondents from 23 countries found that – while most participants were worried about climate change – less than one-third were willing to pay higher taxes on fossil fuels.

If we want climate action, we must expect more from our governments but also from ourselves.

Social media should be used to consistently pressure government to take principled stances on key issues, not short-sighted policies geared towards the next election.

There’s no denying social media has successfully driven home the extent of devastation caused by the fires.

A clip from Fire and Rescue NSW, viewed 7.8 million times on Twitter alone, gives audiences a view of what it’s like fighting on the frontlines.

Images of burnt, suffering animals and destroyed homes, resorts, farms and forests have signalled the horror of what has passed and what may come.

Social media can be a formidable source of inspiration and action. It’s expected to become even more pervasive in our lives, and this is why it must be used carefully.

While showings of solidarity are incredibly helpful, what happens in the coming weeks and months, after the fires pass, is what will matter most.

– ref. As fires rage, we must use social media for long-term change, not just short-term fundraising – http://theconversation.com/as-fires-rage-we-must-use-social-media-for-long-term-change-not-just-short-term-fundraising-129446