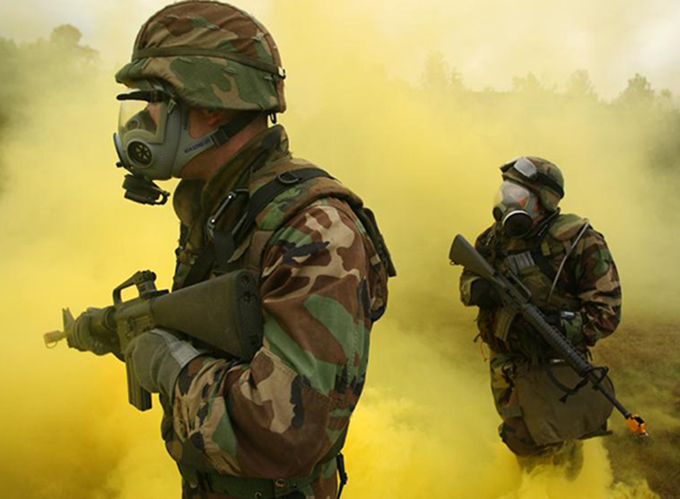 ANALYSIS: By Pip Hinman in Sydney

In particular, their policy paper, Existential climate-related security risk: A scenario approach appears to call on the national security sector to step in and save the day.

The 10-page paper put out by the climate-focused think tank Breakthrough is a succinct warning of the dire consequences of not acting on the climate science now and spells out possible scenarios of doing little to nothing.

It points out that the Paris Agreement was a “political fix” and is not enough to stop runaway climate change.

It also says that the International Panel on Climate Change has been too cautious — even conservative — in its projections regarding the prospects of climate catastrophe.

The paper affirms that more than 1.5°C warming will lead to “catastrophic” outcomes for the Earth. Some scientists are saying 1.5°C warming is imminent in 10 years.

In another decade we may well see an Arctic free of summer sea ice — a circumstance that two decades ago was not expected to happen for another 100 years.

Global mobilisation
While Spratt and Dunlop’s call for some kind of global emergency mobilisation is welcome, its (admittedly) vague proposal for an alliance with the national security sector is odd.

They say that “a massive global mobilisation of resources is needed in the coming decade to build a zero-emissions industrial system and set in train the restoration of a safe climate”.

The paper also backs calls for “a drastic, economy-wide makeover … within the next decade”.

They then say: “The national security sector has unrivalled experience and capacity in such mobilisation, and can play a unique role in its development and implementation, as well as educating policy makers of the existential security risks in failing to do so”.

Their short list of recommendations urges policy makers to examine how the national security sector can play a role “in providing leadership and capacity for a near-term, society-wide, emergency mobilisation of labour and resources, of a scale unprecedented in peacetime, to build a zero-emissions industrial system and draw down carbon to protect human civilisation.”

While vague, this proposal contains a lot of assumptions about the national security sector and comes across as eco-authoritarian.

It also reveals the problematic nature of thinking up “solutions” to the climate emergency while ignoring the existing balance of forces.

Real change
Do Spratt and Dunlop really believe that the security sector would be willing to go after the 100 fossil fuel producers (including privately held and state-owned companies) responsible for 71 percent of the greenhouse gas emissions released since 1988?

Let’s not forget where the power for real change resides. As Jeff Sparrow wrote in Overland, “we might all be in this together but, politically, we are not”.

Winning a safe climate future has to include holding those most responsible for the current crisis to account.

There is no doubt about the need to chart a new direction for a safe climate. But to pull that off, society would have to mobilise on a scale capable of forcing governments to do so. To achieve this, the climate movement has to significantly expand and deepen.

The climate movement has to be looking out for all possible allies, but it has to prioritise natural allies such as the global student-led climate strike movement.

The climate movement has to devote time to winning people over to take action — and the student strikers are leading the way.

They have called for another global strike on September 20 and are asking for help. They want everyone on board. The challenge is now on us to expand the organising.

Democratic movement
If the climate movement is going to be able to grow to the point where governments find it is politically impossible to continue with business-as-usual, the movement has to be democratic, inclusive and capable of building united fronts, including with unlikely partners.

As the big struggles against wars, racism and sexism show, there are no top-down short-cuts to creating the kind of system change we need.

Those who think the urgency to act may necessitate some sort of eco-authoritarian measures — a kind of 21st century Malthusianism — will find they will lose their best and most powerful ally: the global student strike movement.

Supporting the students must be our key policy recommendation.

The new Australian citizenship test: can you really test ‘values’ via multiple choice?

Our new model shows Australia can expect 11 tropical cyclones this...

Coronavirus disrupted my kid’s first year of school. Will that set...

What are manufactured home estates and why are they so problematic...