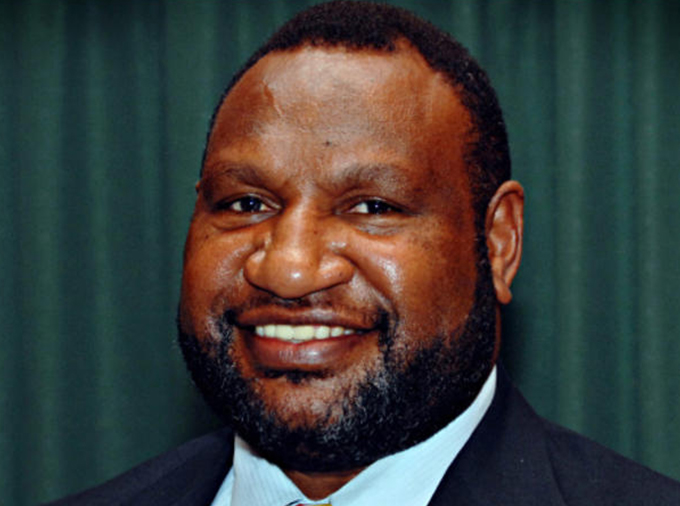 Following the election of James Marape’s as Papua New Guinea’s Prime Minister, on Sunday, he issued a declaration on Facebook that soon had the foreign media (and social media) agitating over just one phrase.

“Work with me,” he wrote, “to make PNG the Richest Black Christian Nation on earth.”

True, they were rather provocative words, and they were repeated in his statement, but there was more – much more – that Marape had to say.

And in that more was plenty for the rest of us, and indeed for the world beyond Papua New Guinea, to chew on.

But before I move to that, let me pause for a moment and be a bit grateful that Papua New Guinea now has a Prime Minister willing to commit his thoughts, values and aspirations to social media.

Marape promises to continue to “communicate with the nation using this medium”.

I guess it’s inevitable he will attract the usual low life trolling, mocking, attacking and denigrating, but let’s hope he does manage to find the time and patience to communicate in this way.

It will make a big difference to both the governors and the governed to know what the Prime Minister has on his mind.

So what were the most significant ideas and issues Marape decided to open with?

Marape ‘up for change’
First of all, he said he is up for change. There is no indication in the statement that he sees his role as anything other than a disconnect from the O’Neill era.

And in handing down a number of explicit commitments, he offered the PNG people a checklist by which he and his administration – now being formed – can be judged in the coming weeks and months.

“I am set for the bigger and greater challenges, in changing the course our country must travel on for better development for our people,” he said.

“I have a band of like-minded leaders sitting on both sides of the national parliament and we are driving an agenda to grow the economy in a safe, secured and educated country where all citizens are making an honest productive living….”

It is a clear indication of his intent to draw talent from “both sides of the aisle”, as the Americans say.

Unity government
This is good news for PNG because, if the Marape era is to be characterised by something akin to a “unity government”, it will have the opportunity to work in a more Melanesian style than the adversarial style of the Westminster system upon which its Parliament is structured.

And, as Martyn Namorong writes, if this Melanesian form can be successfully achieved it will be culturally and politically more congruent with the how Papua New Guinean society functions.

Marape also showed astuteness in explaining why he had chosen particular members of the caretaker cabinet ahead of appointing a full ministry, anticipating commentators like me whose eyebrows had soared at this group that seemed to pay more tribute to the immediate past than the future.

“I did a caretaker arrangement to appreciate the political structure we had,” he said, “but this week I will fill in ministers I assess can work in key sectors for productivity and not just for political convenience.”

How this eventuates in practice will provide the rest of us with an early marker of whether the promised bipartisan approach to parliament will be implemented. Much talent rests among those steadfast MPs who, at some considerable cost, refused to join O’Neill in his depredations – people like Juffa, Kua, Kramer and Morauta.

Corruption
Now let me turn to the word that dare not pass DFAT’s lips – corruption.

Marape dared let it pass his lips, and its presence hovered over much of his declaration, especially here: “I will instruct the new justice minister to bring Independent Commission Against Corruption (ICAC) in the first instance, so let us all play by the rules now going forward.”

He told both private and public sectors what the new regime would mean for them in this context.

“Our contractors now have a Prime Minister who expects nothing in return for giving state contracts. All we expect is: do your fair bidding with the right price and get your job done.

“Don’t offer inducement to me or any ministers or public servants in the chain of procurement and contract management.”

And further: “Public servants and politicians, earn your salary and don’t ask for special favours. It must start now if it hasn’t started yet!”

Warning to multinationals
And for the big guys, a long distance early warning: “To multinational companies who operate in our resources sectors, I am not here to chase you away but to work with you so that we can add value to the benefits that emanate from the harvest of our natural endowment.

“All projects agreements that are in compliance (with) and congruent to all our laws will be honoured (and) I will be meeting with key resources sector and I request you all to assist me as to how we must grow my Papua New Guinea economy.”

Marape said he has a fresh team of PNG advisors looking into all resource laws and that he intends to tailor new legislation for implementation in 2025. Thus having neatly assuaged any fears about sovereign risk, he took a step towards a different future for resource exploitation in PNG.

At the same time, Marape said he will ask the National Procurement Commission to ensure contracts under K10 million (NZ$4.6 million) are “strictly” reserved for citizens and local companies and that contracts above that threshold must also have local partnership involvement.

“To local (small to medium sized enterprises) and contractors, we have a special incentive plan for you,” he said.

“Tidy your company books, pay your honest tax and, if you want to go the next phase of your business, we will inject very soft term loans (possibly 5 percent repayment rate over a 40 year period)…. Prepare to be part of our programme to resuscitate our businessmen and women.”

‘Take back PNG’
Marape added that he will be asking “all young educated PNG citizens” for their views on Governor Gary Juffa’s motto to “Take Back PNG”.

“We will organise for your voices to be heard,” he said. “I don’t buy into outside advisers, we have in the intelligent and experience pool in country, let us mobilise into cohesive units.”

Calling himself the “chief servant of my country, Papua New Guinea,” he said he was willing to make hard calls and asked of citizens to offer him “a good law and order environment” including stopping tribal fights (with an plea to his own province, “my Hela, please!”).

Tonight, at a time to be advised but surely ahead of the State of Origin rugby league clash, Marape is expected to deliver a state of nation address on radio and television.

“But for now,” he stated, “you can see where my mind is and those of you who want to work with me please align here or offer me better solution to make PNG the Richest Black Christian Nation on earth, where no child in all part of our country is left behind.”