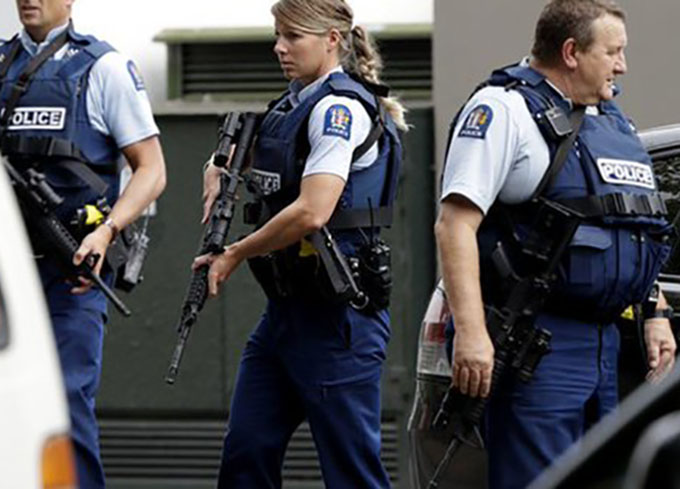 Armed police in action during the Christchurch lockdown after the attack on two mosques today. Image: RNZ Twitter

Armed police have been deployed after shots were fired at two mosques where hundreds of people were praying near Hagley Park in Christchurch today.

READ MORE: ‘This is horrible – unthinkable in New Zealand’ 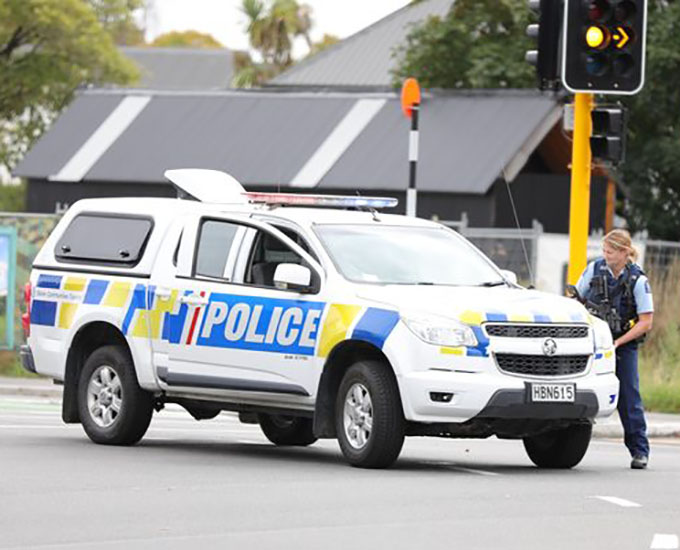 Police at the cordon around a shooting incident in central Christchurch today. Image: Simon Rogers/RNZ