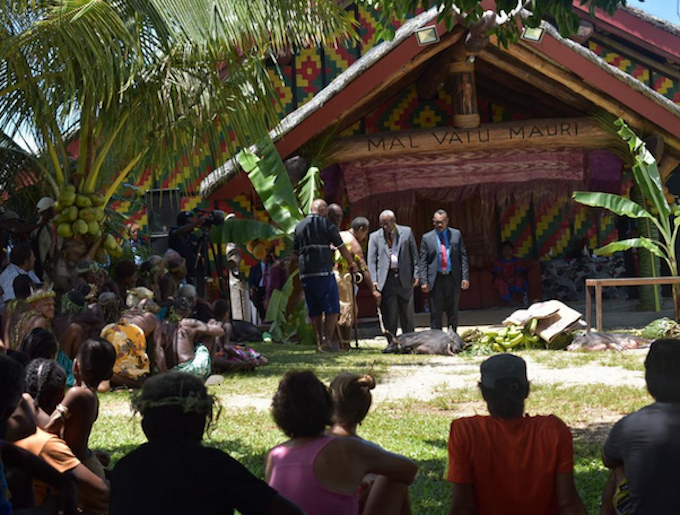 To pardon those convicted of betraying the public trust does a disservice to Vanuatu.

It is disrespectful to the rule of law. It ignores the will of the people. It undermines the republic.

These men are convicted criminals. Yes, they are also fathers, family members, even high-ranking members of their community. But they did wrong. They undermined Parliament and government. They acted against the interests of their own people.

They broke the law.

Make no mistake: If these men are pardoned, they will contest in 2020. Some may well be elected. If they are, there is every likelihood they will go back to their old ways.

They will win. And the country will lose.

President Baldwin Lonsdale wisely stated that no one is above the law. While he was alive, he ruled out any possibility of a pardon. If he were still in office today, there would be no discussion.

Other ways for mercy
There are other ways to show mercy. Those who are still in prison can have their sentences commuted. They can be forgiven under kastom. They can perform a sorry ceremony to the nation, with the President presiding.

The only reason to pardon these men is to let them get back into politics again. That would be a huge step back for the nation.

The President wants to show mercy, but his role, according to the Constitution, is to “symbolise the unity of the nation”. To pardon these people would create disunity. It would justify criminal behaviour.

It would undermine the authority of Chief Justice Vincent Lunabek and the rest of the judiciary.

A pardon doesn’t heal. It creates division. It divides the powerful from the weak.

A pardon says there are two kinds of justice: One for us, and one for them.

Forward, or backward?
The President would be wrong to pardon these men. And the Justice Minister is wrong to ask him to.

The only reason Don Ken isn’t seeking a pardon for himself is because he got immunity from the Public Prosecutor in exchange for his testimony against the others.

The President needs to think about how future generations will remember him. Will he be the man who shared Baldwin Lonsdale’s unwavering will to protect the nation?

Or will he be the man who bent to the will of others?

Will he take the country forward, or backward?

Dan McGarry is the media director of the Vanuatu Daily Post group. This editorial was published in the Post yesterday. The Pacific Media Centre republishes VDP articles with permission.