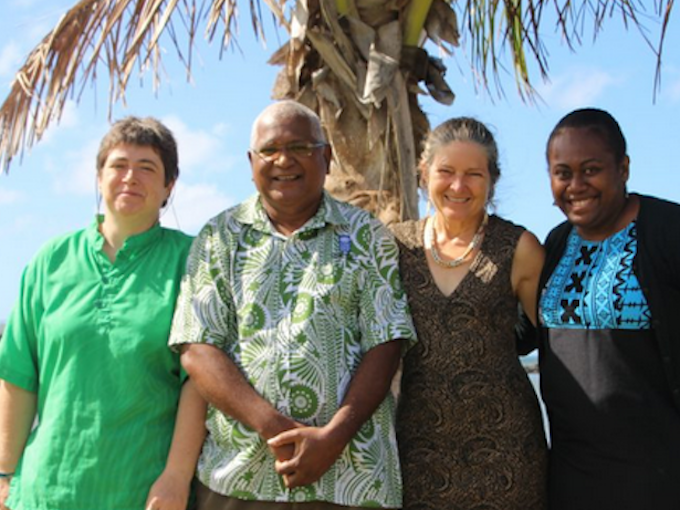 By Jope Tarai in Suva

The threat of rising global temperatures on Pacific ecosystems is not only a scientific analysis but a reality for many people in the region, with a Pacific climate change expert warning that the current aggregate emissions reductions by countries are inadequate.

Dr Morgan Wairiu, deputy director at USP’s Pacific Centre for Environment and Sustainable Development, said the Pacific would effectively lose its ecosystems and resources at current emission levels, which indicate the possibility of the global temperature rising beyond 1.5C to 3.7C.

“The world needs to take a moral stand, this is a humanity issue, more than science, the economy or anything else,” he said, highlighting the need for greater action and urgency on climate change.

“The Pacific’s natural and human systems would face greater devastation if the global average temperature rises above 1.5C.”

He warned the Pacific that the parties in the Conference of Parties (COP) were not on track to keep global average temperatures below 1.5C

The Fiji-based Dr Wairiu knows all too well the dangers of climate change, spending more than 25 years championing change and assisting countries in keeping the global average temperature below 1.5 degrees Celsius.

This possibility cuts at the heart of Dr Wairui’s early formative years, growing up in his village and his boarding school supported by the lush and rich vegetation in Guadalcanal.

Pacific survival
“These ecosystems, which support the survival of Pacific people, are under threat. I remember spending long hours outdoors exploring and enjoying the village surrounding,” he said.

“In boarding school, we learnt resilience and self-sufficiency by tending to food gardens and fishing for seafood.”

Dr Wairiu, who hails from Guadalcanal in the Solomon Islands, was recently one of the lead authors in the 2018 Intergovernmental Panel on Climate Change (IPCC) 1.5C special report, which assessed what had been done so far and the feasibility of keeping the global average temperature below 1.5C.

This year he has been selected as the co-ordinating lead author for the “Small Islands” chapter in the IPCC Sixth Assessment Report (IPCC AR6). The IPCC releases the assessment reports every five years, with the most recent one (IPCC AR5) released in 2014.

Dr Wairiu will be co-ordinating and guiding a number of authors within the “Small Islands” chapter of the sixth assessment report.

Dr Wairiu graduated from the University of Papua New Guinea in agriculture and returned to the Solomon Islands to serve his people in the research division at the Ministry of Agriculture and Lands.

His work focused on soil and plant growth. This proved crucial for Dr Wairiu because of the Solomon Islands’ logging industry, which coincided with his cultivated plant growth work.

Dr Wairiu then moved to Ohio State University in the US to pursue his PhD and at that stage he was examining soil carbon dynamics. Completing his PhD, he returned to his village during the tensions of the early 2000s.

Shortly afterwards, he was called by the Solomon Islands government to take up the role of permanent secretary of the Ministry of Agriculture and Lands.

Dr Wairiu joined the Waikato University as a visiting research fellow before moving to the University of The South Pacific. His progression and years of experience has culminated in his current work on climate change.

Jope Tarai is an emerging indigenous Fijian scholar, based at the School of Government, Development and International Affairs, University of the South Pacific. His research interests include, Pacific regionalism, Pacific politics and digital ethnography. This article was first published by Wansolwara.