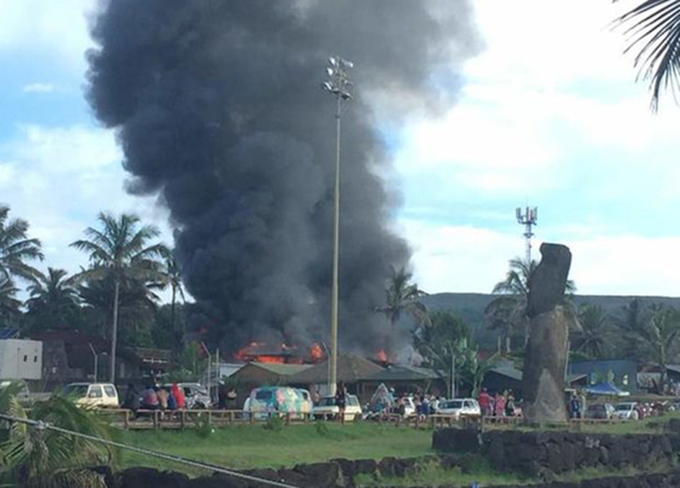 Rapa Nui has been hit by serious disturbances after a family tried to lynch a homicide suspect, reports Chilean news media.

The news site Ahora Noticias reports that police were assaulted and injured, and a court building and a registry office in Hanga Roa were torched by the victim’s relatives.

Police had arrested a 51-year-old man accused of killing a 34-old-man with a knife.

The victim’s family then attacked the police vehicle with the suspect inside and set fire to the buildings.