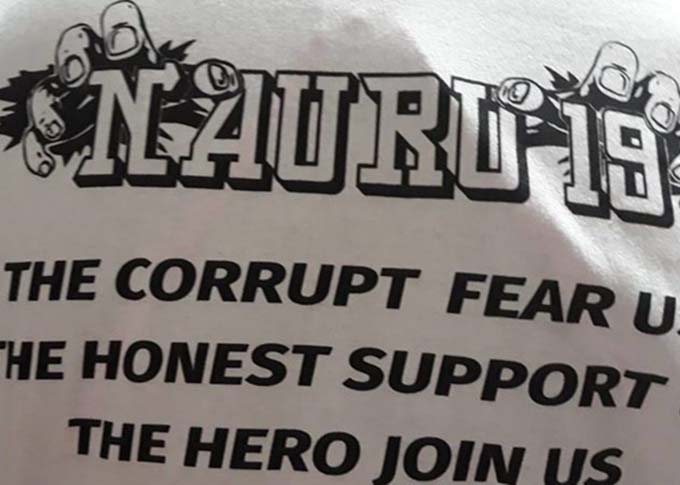 T-shirts worn by family and supporters of the 19 Nauruans who were prosecuted by government for staging a protest outside of Parliament in 2015. Image: RNZP/Nauru 19/ Facebook

The group known as the Nauru 19 will go back to court next week in what will be the first sitting of the Nauru Court of Appeal.

The Nauru 19 were charged over an anti-government protest more than three years ago and are facing an appeal from the Nauru government.

The group, which includes a former Nauru president, had sought a permanent stay on legal proceedings against them, arguing the trial process dragged on too long and that the government had not met a court directed order to pay some of the expenses of the group’s Australian lawyers.

Justice Geoff Muecke, who was brought in by the Nauru government to hear the case, granted a permanent stay on the proceedings, saying the government’s conduct throughout had been a “shameful affront to the rule of law”.

Now the government is appealing this decision.

The Nauru Court of Appeal was set up after the government secretly ended its use of the Australian High Court as Nauru’s appellate court earlier this year.

The Nauru 19 believe this move was another attempt to deny them a fair trial.