National District Governor Powes Parkop has pledged that it will be business as usual today in the Papua New Guinean capital of Port Moresby as normalcy has been restored in the city after yesterday’s rioting, looting and an assault on Parliament.

READ MORE: Army ‘not involved’ in storming of PNG Parliament 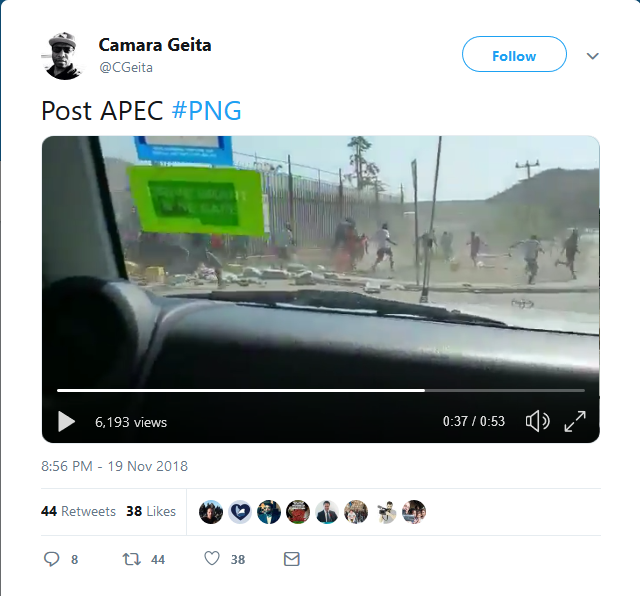 This triggered off rioting in parts of the city and looting in shops.

“Government has agreed to settle the allowances as soon as possible and we all agreed to return to duties to restore calm and normalcy to the city with immediate effect!”

Parkop said the issue of allowances for officers providing security during the APEC meeting is being resolved by the national government and relevant agencies.

He said that K10 million (NZ4.4 million) was released yesterday and was being processed to be disbursed as soon as possible.

“Schools should return to normal, shops should open and offices and business should operate as normal instantly. There is no cause for concern or worry.

“I call on everyone not to rely on rumours and fake news to cause an alarm and incite fear unnecessarily.

“The event was regrettable but it’s under control and there is no reason to be fearful anymore.”

Yesterday, business houses, schools and shops closed early due to the looting that occurred at different parts of the city, reports EMTV News.

This followed the rampage at the Parliament by frustrated Joint Security Task Force members over the non-payment of their APEC allowance.

The APEC pay dispute and why the PNG police protested. Video: EMTV News